The team said a sad farewell to a stalwart of the team since February 1980. Pete Baines sadly passed away peacefully at home after a long illness earlier this month, and his funeral was held yesterday in Nether Wasdale.
In his time, he has been Quartermaster, Buildings Officer, committee member, Trustee, and latterly Duty Team Leader. He was also a skilled and experienced Casualty Carer, providing first aid on the fell. He regularly took on additional tasks to make things run smoothly behind the scenes. Aside from that he was blessed with a great sense of humour, and with speed on the hill, he often arrived well in advance of the rest of us.
It is difficult to establish exactly but we can be confident that Pete has attended well over a thousand callouts in his 42 years in the team, and so we can say he has directly helped several thousand people in their time of need. The team’s leadership would like to formally recognise their huge thanks and appreciation to both Pete and Janice, his wife, for their support to the team over such a long period.
We were also very thankful to be able to give Pete a formal team send off with many team members, past and present, attending in their red team jackets. Pete was also laid to rest in a team jacket, by his own wish. He will be sadly missed, both on and off the fell.
So, for the last time:
“Wasdale Pete, Wasdale Pete, this is Wasdale Base. We thank you for your amazing service. Listening, out.” 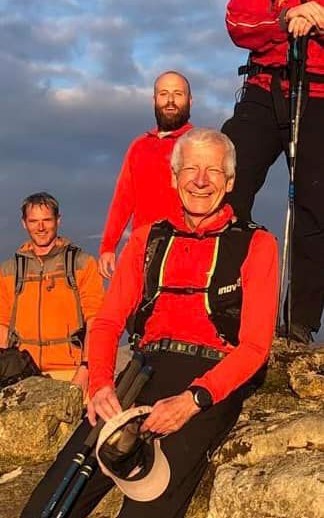 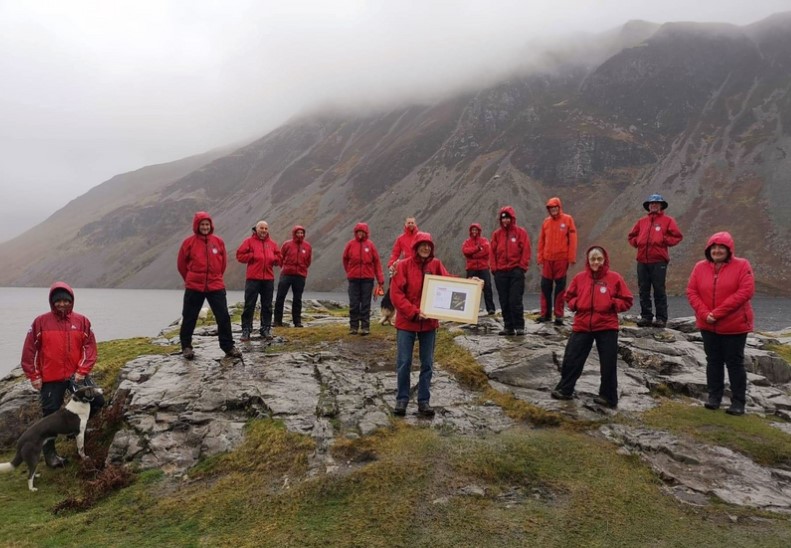