“A Life That Touched So Many Will Never Be Forgotten” Allan collapsed and died on 25th April 2007 after reaching the summit of Great Gable, whilst walking with his friend John Foster. He had been a short distance in front of John who attempted resuscitation – while passers-by called the rescuers. The Wasdale Mountain Rescue Team were magnificent but sadly Allan could not be saved. As a family we will be eternally grateful to John for helping Allan they way he did, because we know that no one could have done more to try and save him.

Allan was a devoted family man and is survived by his wife Joan, and their two sons, Mike and Rob, their wives Alison and Georgina and their children, Harrison, Bradley, Jaime-Lee and Erin, who gave Allan so much pleasure. He was a committed Christian with a deep personal faith and prayer life and had been influenced by the Rev Tom Kennaugh in the 1940’s at St Herbert’s Church in Carlisle. He was a hard working and respected Churchwarden at St Cuthbert’s Church in Seascale for over 30 years – a true servant of God.

He attended the Creighton School in Carlisle and spent his working life working as a physicist for UKAEA based at Sellafield. He retired in 1991 and made up his mind that he would enjoy, and make a success of his 15+ years, which he did. During that time, he trained as a counsellor with the Citizens Advice Bureau, started up a Neighbourhood Watch Scheme for Scawfell Crescent, and became a guide at Sellafield Visitors Centre, ran a keep fit class and was a member of the Seascale Sports Hall Committee.

Joan and Allan’s retirement was very much enhanced after becoming members of the University of the Third Age, they made many good friends and enjoyed being members of the History, Mah Jong and Bird Watching Groups. They had travelled the world, mainly on cruise ships, visiting many countries and meeting people who have since become good friends. They had recently returned from a cruise to New Zealand and America visiting family and friends, but nothing could compare with the love he had for the Cumbrian fells.

Many tributes have been paid to Allan who had no idea of how many lives he touched in so many ways. He didn’t do things for the glory, he just did things because he thought it was the right thing to do.

The family would like to thank all who gave so generously to the Wasdale Mountain Rescue Team in his memory and we, as a family thank them for their superb efforts on Great Gable and their sensitivity and dignity during the rescue.

A Tribute From John Foster

I first met Allan in September 1956 at our place of work. We were both Goon Show fans and Allan was a very good mimic of the voices. On a day-to-day basis I would never know which Goon Show character voice would greet me. We were friends and neighbours for 50 years.

We retired in 1991 and 1992 respectively and decided to go fell walking on one day per week though occasionally two days. In the 15 years, I estimate that we logged about 600 walks even allowing for holiday periods. We enjoyed the sunshine, the rain and snow, particularly walking on a good depth of crisp snow on Scafell Pike for example. Just to be out in the wonderful fells was a bonus. Allan said many times that we were extremely fortunate to live in this area and have easy and quick access to such surrounds. Allan was always keen to ascend Scafell Pike that we achieved many times by various routes.

The ascent of Pillar by Robinson’s Cairn was always a favourite as were the Great Gable traverse and Lords Rake. This year we had set our minds to tackle Bowfell, Crinkle Crags and Glaramara because we realised 2 or 3 years had elapsed since we were last there. Sadly this was not to be.

He was always energetic and eager to be ahead, I could only outpace him on the flat!

A Tribute From Peter Brown

Allan was always very thoughtful of other people, and this was supremely illustrated by the fact that when I retired he immediately invited me to join him and John Foster on their weekly ‘walking day’. I felt very privileged, and we had many wonderful days together. My chief memories of Allan are of cheerful companionship and great expertise in tackling some of the more difficult mountain routes. Many of the walks were centred in the Wasdale area; and nothing delighted Allan more than to be ‘threading the needle’ on Great Gable or climbing Scafell by the Lord’s Rake/Westwall Traverse route (now declared a ‘no-go’ area). He was always keen to try out new things and was often in the forefront of our walks. Since moving away from Cumbria, I have only been able to join in the walks about four times a year; I shall greatly miss going out with Allan and John on the occasions when I do get back to the Lake District. Cumbria, and Seascale in particular, has lost one of the best.

Allan was a key figure in St Cuthbert’s Parish Church in Seascale. He had major responsibilities in that Church during the interregnum following the retirement of the Rev Peter Grime. The parishioners and other Christians in Seascale who held him in very high regard will sorely miss him. It is wonderful to know that he is now with his Lord. 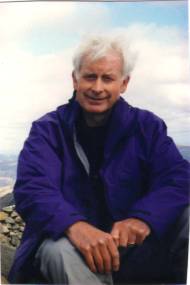 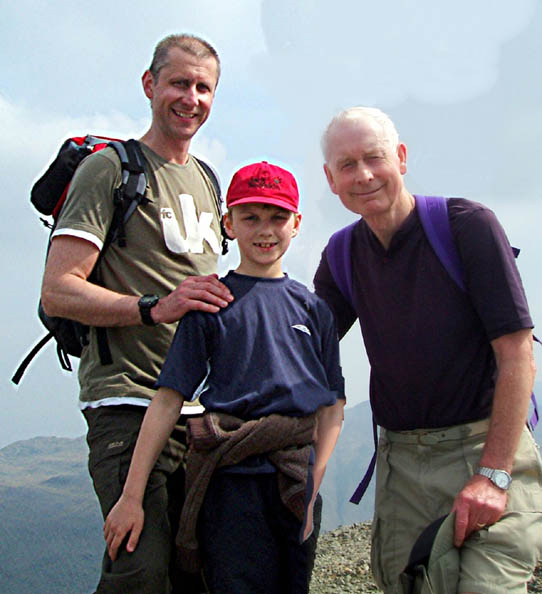 Mike (son) , Harrison (grandson) and Allan on the top of Scafell Pike two weeks before he died. 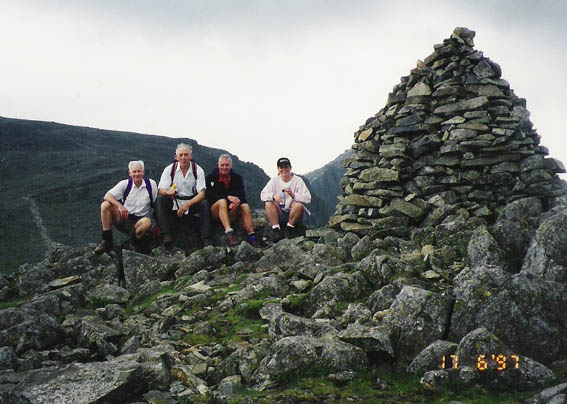 Allan, John, Peter and Jane Tessler (John’s daughter who lives in America) on Lingmel with Scafell Pike in the background 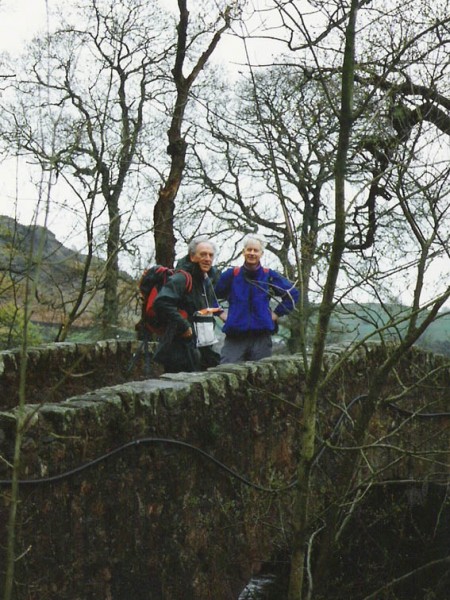 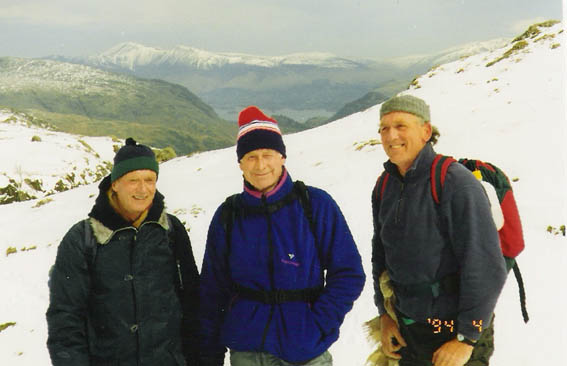 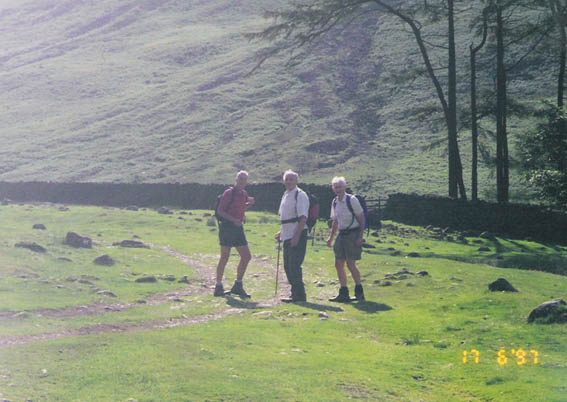 Peter, John and Allan (on what looks like the path from Burnthwaite up to Styhead) 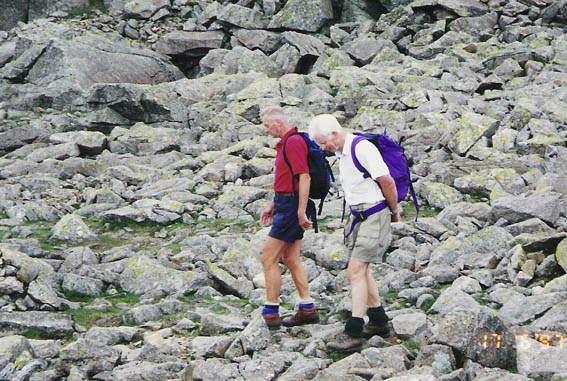 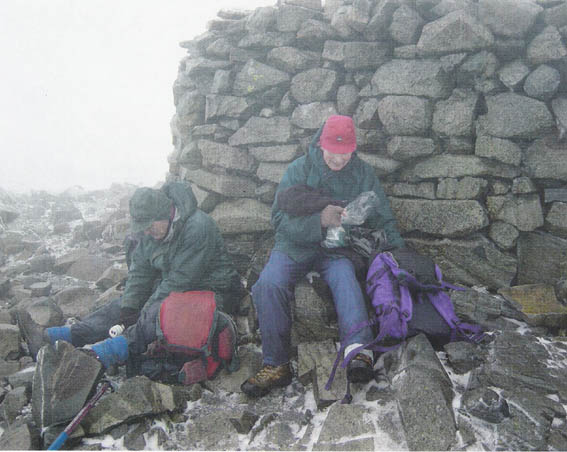 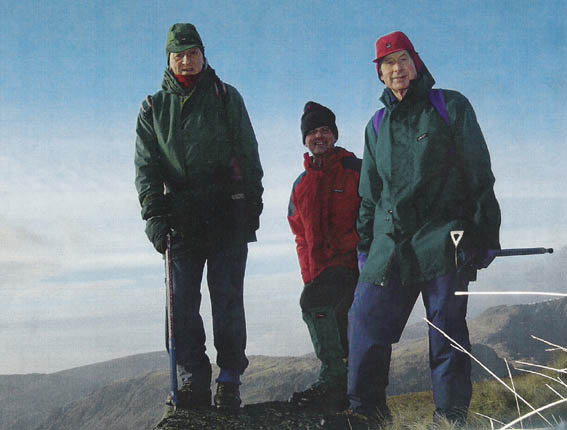 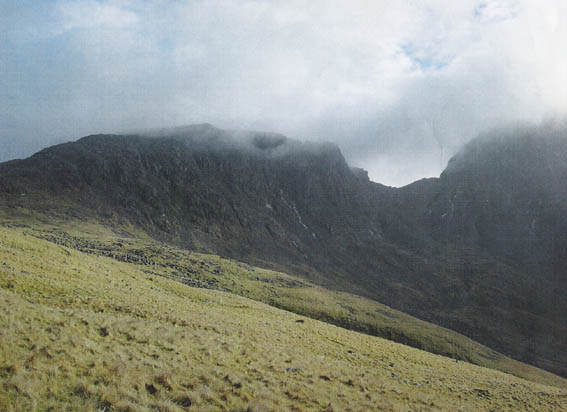 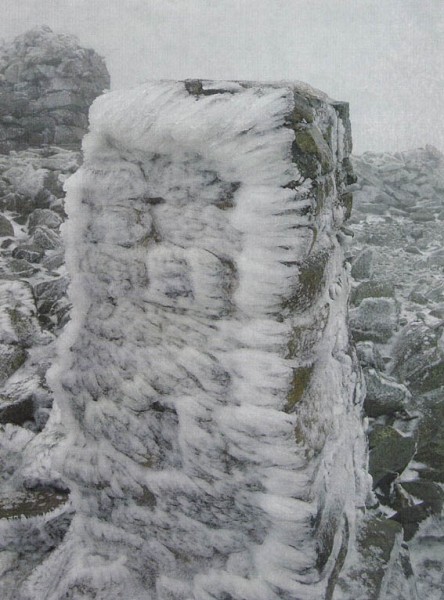