We were alerted by Cumbria Police about 2 walkers who were cragfast. A passer-by had raised the alarm having heard shouts, but because of the lack of visibility in the mist, the location was uncertain. There was also a report of an ankle injury.

Two team members were asked to go to Mickledore to try and make contact and the remaining team members started the ascent up to the top of Scafell with a large amount of ropes and crag gear, plus personal safety equipment. 10 Duddon and Furness team members attended, they split into 2 groups, 1 party taking more equipment and first aid up to the top of the crag and the others taking more ropes, the stretcher, casualty bag, vacuum mattress, wheel and frame up to Mickledore, ready to receive the casualties. Rope systems were set up at the top of the crag to safeguard the rescuers.

The party were on Broad Stand – definitely not the way off! – and one of our accident black spots – they were located and reached with difficulty. The casualty with the injured ankle was assessed and they were then lowered down to Mickledore on ropes.

The casualty with the ankle injury tried walking but a stretcher carry proved quicker. All were off the hill by 08.42 on 22nd, then team members drove back to their respective bases, then home, a 10am finish for some. Huge thanks to Duddon and Furness team for their assistance in miserable conditions. 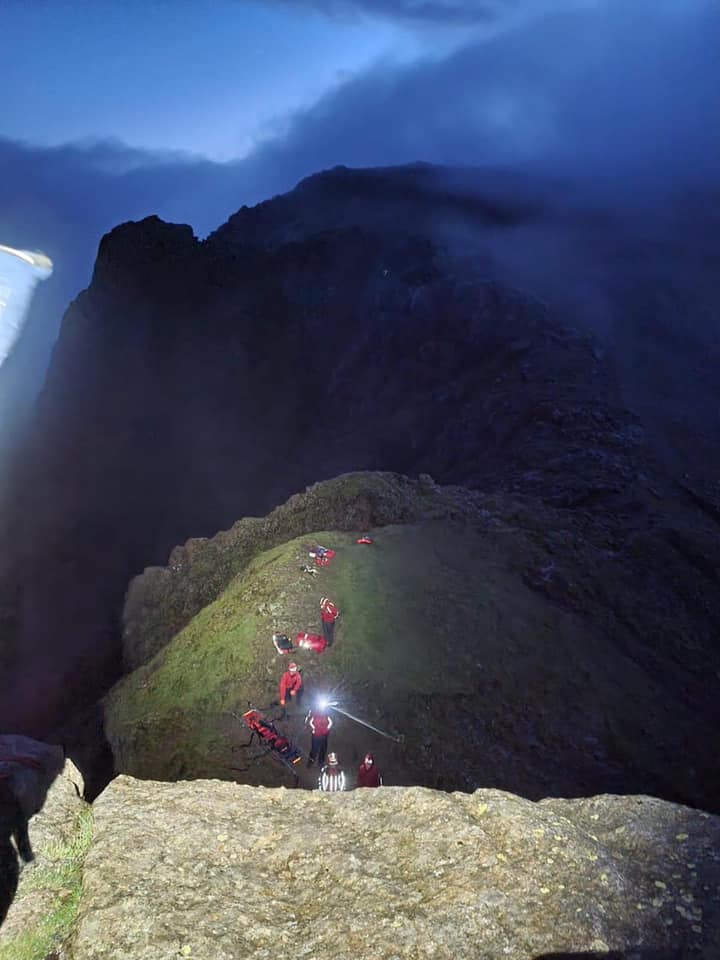 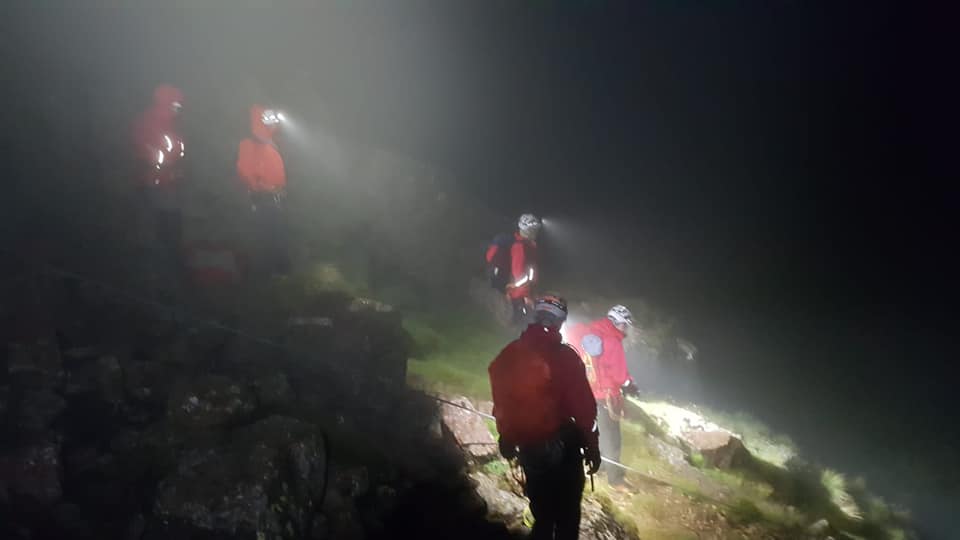 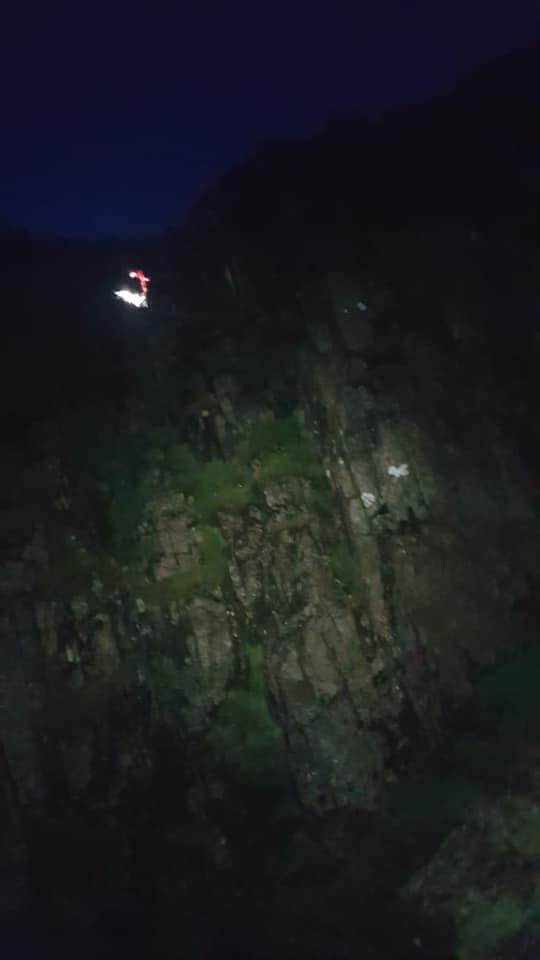 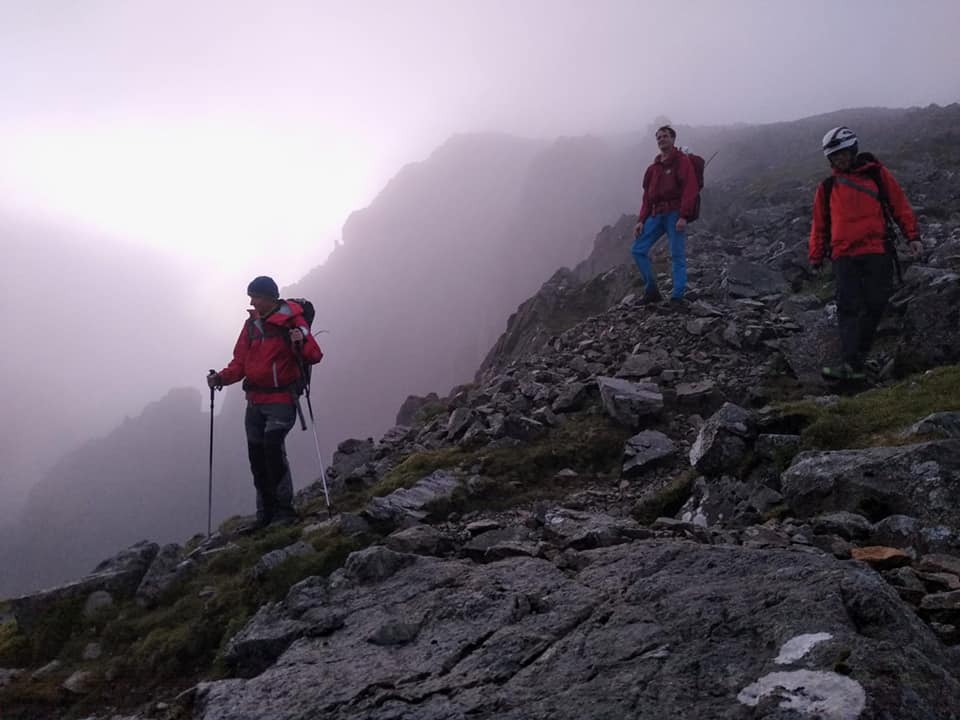 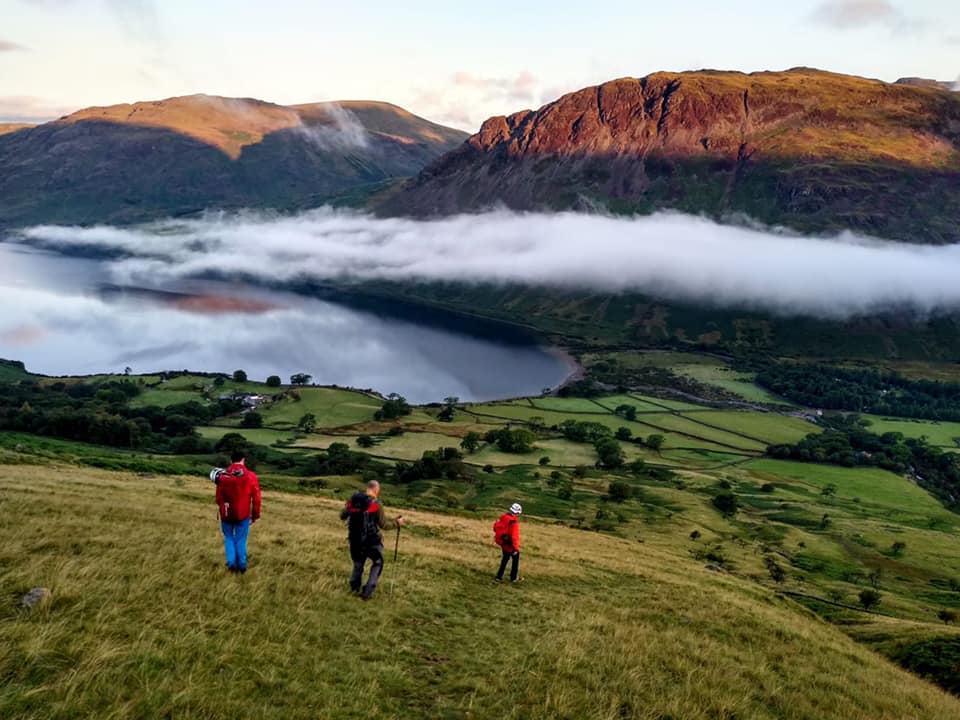