Ourselves, the Great North Air Ambulance and a Sea King from HMS Gannet were called to assist a climber who had fallen from Broad Stand on Scafell. The climber suffered multiple injuries. He was stabilised on the scene by doctors from WMRT & GNAA, then carried up to the waiting air ambulance by team members, assisted by members of the public who were on scene. Thanks to all who helped out on the day, inc R177 and the bystanders. 14 team members involved. Incident closed 16:00. 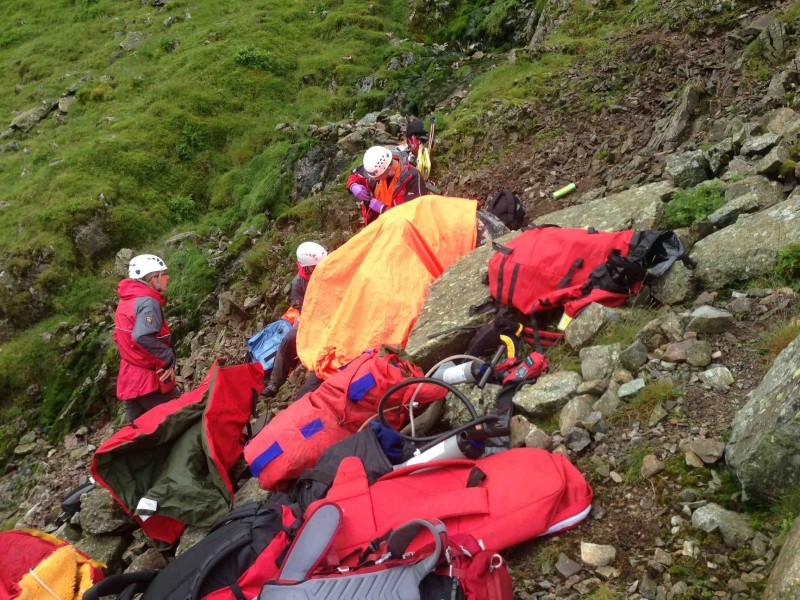 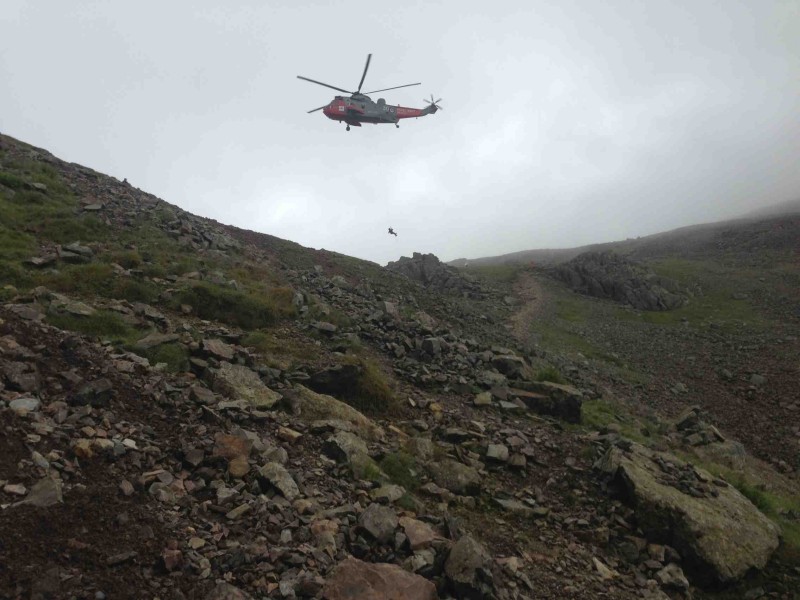 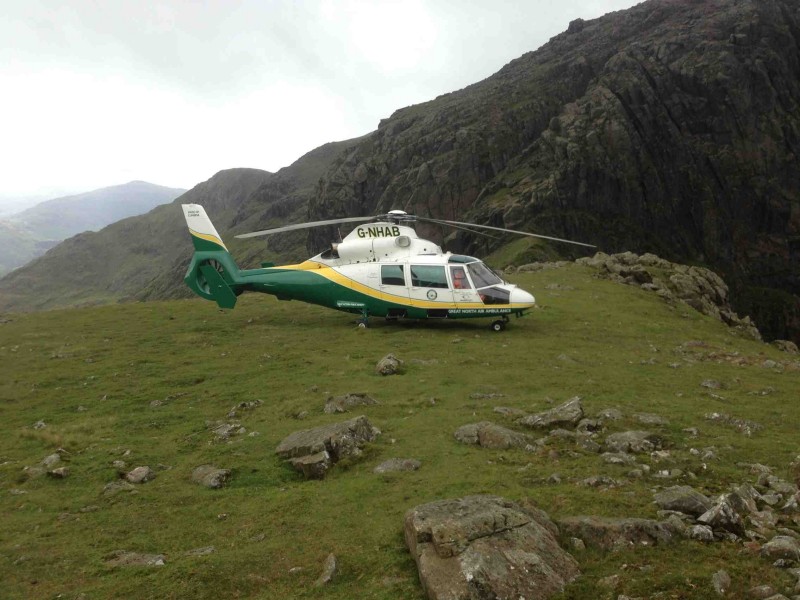