We were called by Police about 2 walker who’d become stuck in the steep ground between Broad Stand and Mickledore Chimney on Scafell. It was hard to access the pair due to the thick mist on Scafell which was making visibility via torchlight difficult and the rocks very greasy. In the end an abseil system was used to get down the upper part of the Broad Stand approach. One of the walkers was able to move around in the flat ground above Broad Stand whilst the second had jumped down onto a lower ledge. He was accessed by a team member, put in a climbing harness and then hauled back up with the aid of a mechanical advantage rope system. Both walkers were then lowered down to Mickledore via the abseil point, then walked back into Wasdale by a further group of team members who’d been waiting for them to descend. 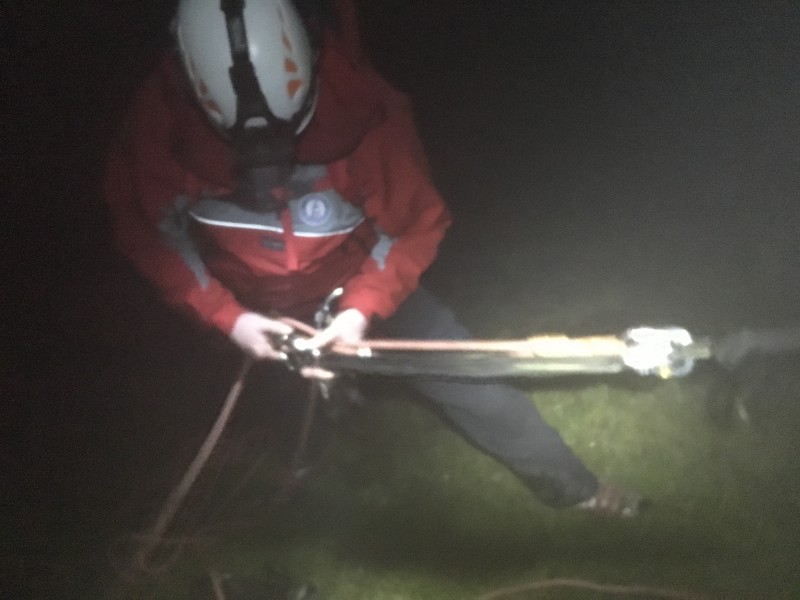 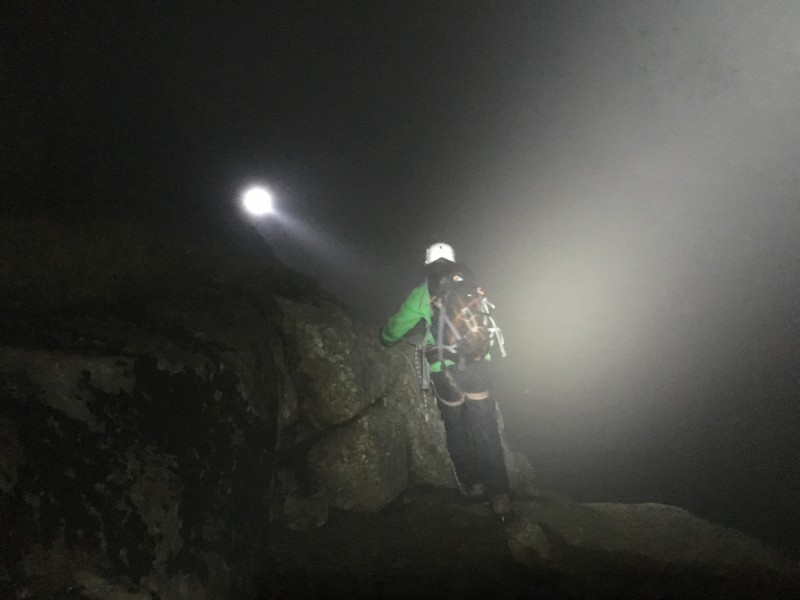 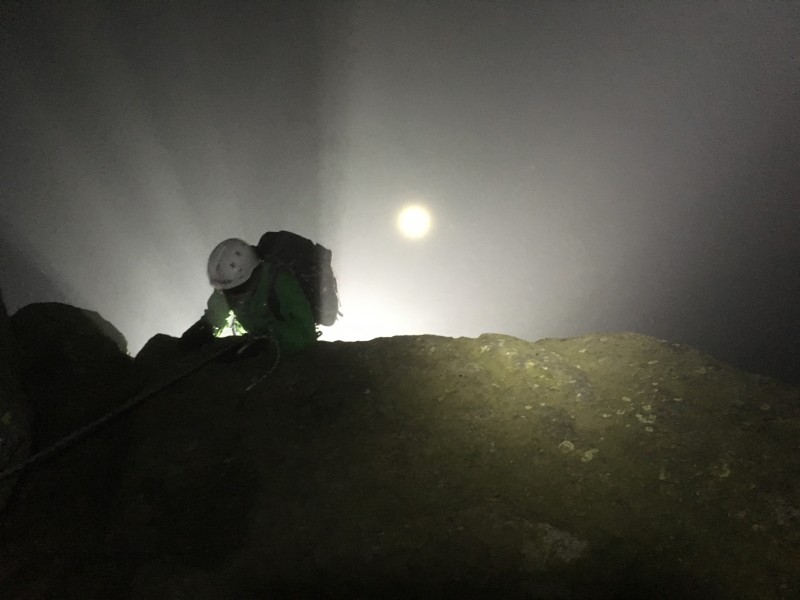 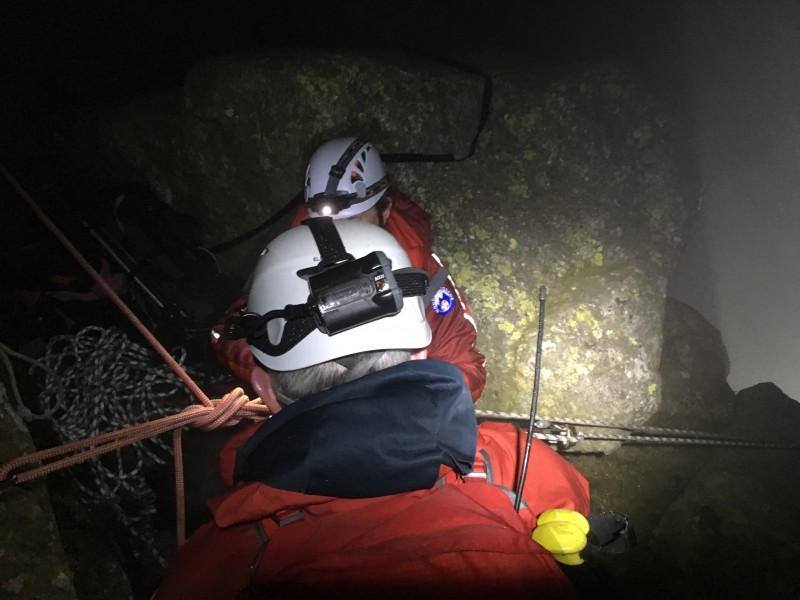 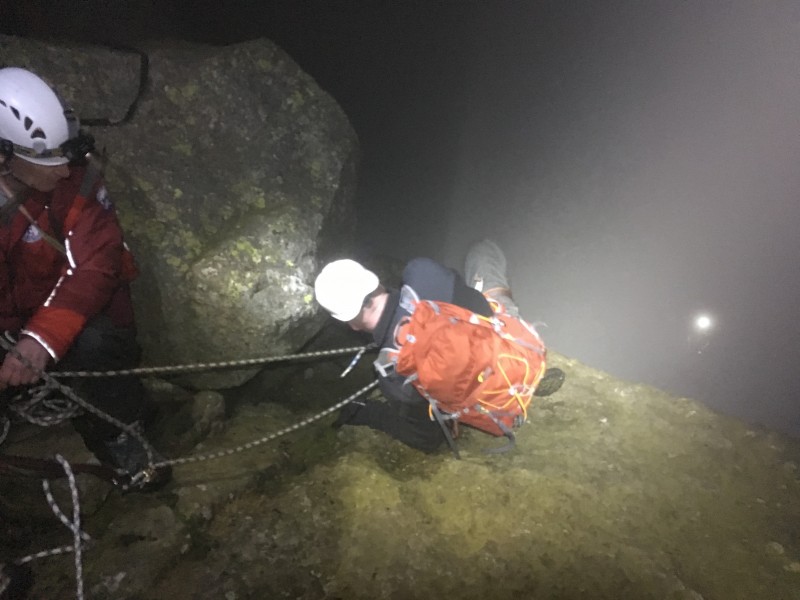 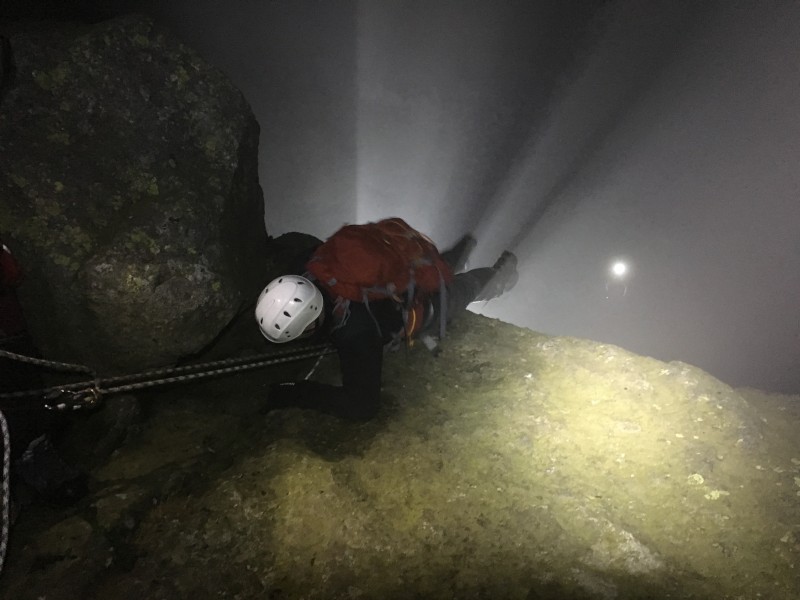 Incident111 in 2016 TypeFull Callout — Cragfast LocationBroad Stand, ScafellThis time next week one of our team members will have set off running from Pooley Bridge in the northern Lake District back to Wasdale, attempting to Read more…

Incident111 in 2016 TypeFull Callout — Cragfast LocationBroad Stand, Scafell As a volunteer team we are solely reliant on public donations to keep our team operational. We raise some of funds through the sale of our Read more…

Incident111 in 2016 TypeFull Callout — Cragfast LocationBroad Stand, ScafellThe team would like to say a big Thank You to Leanne Ritchie who has raised the fantastic sum of £1,150 for the team. Having already completed Read more…