We were called by the Police for a female walker who had slipped on the Brown Tongue path and sustained a fracture to the lower leg. She was treated on scene by the Team Doctor, including reduction of the fracture then carried by stretcher down to Brackenclose. Incident closed 19:00, 15 team members involved. 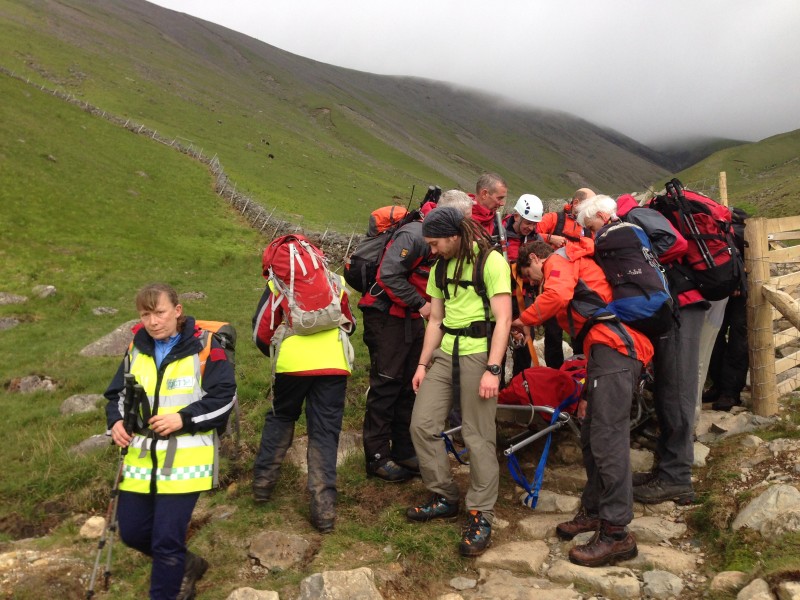