We were alerted by North West Ambulance Service about a walker who had taken a 10ft fall and had significant bleeding from a head injury. In view of this, air support was requested and Helimed 58 attended. However, the casualty site was in cloud so the aircraft could not land nearby. The casualty was treated at the scene. Eventually, with low cloud still posing problems, and with the casualty able to walk off with assistance, the helimed stood down and the casualty was helped off the hill. 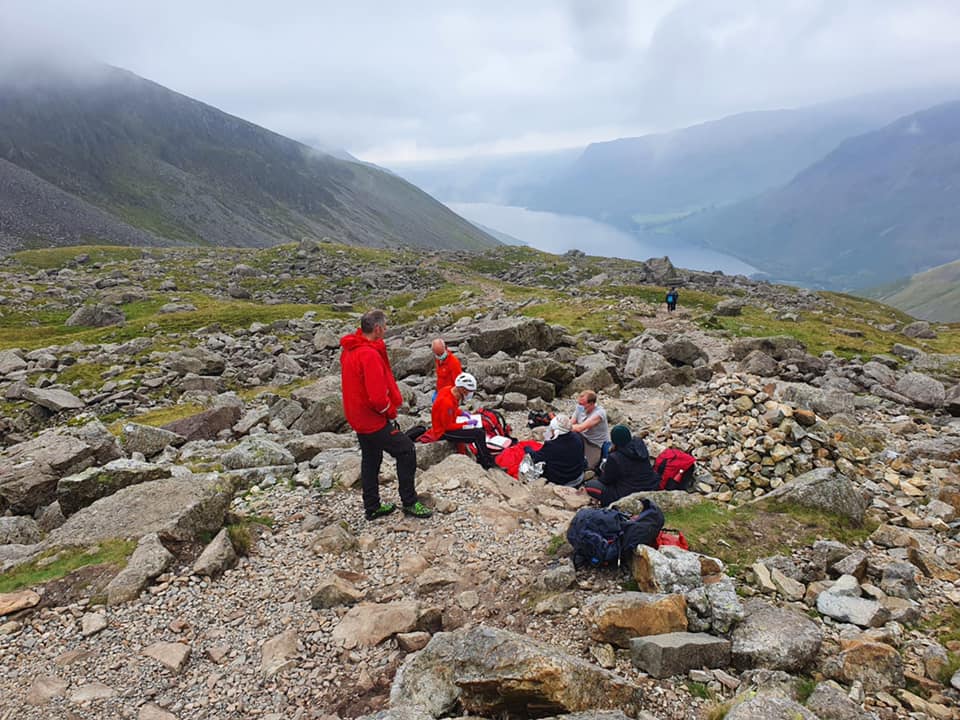 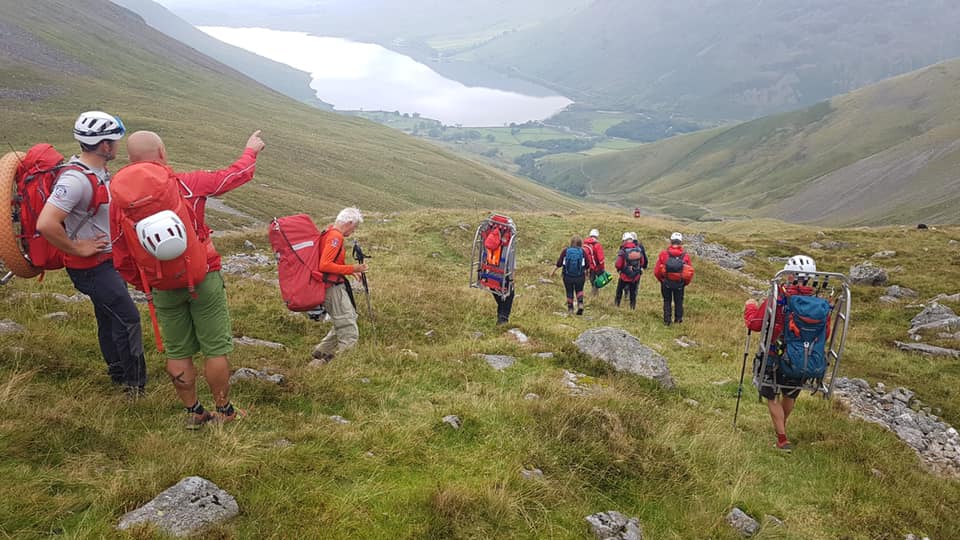 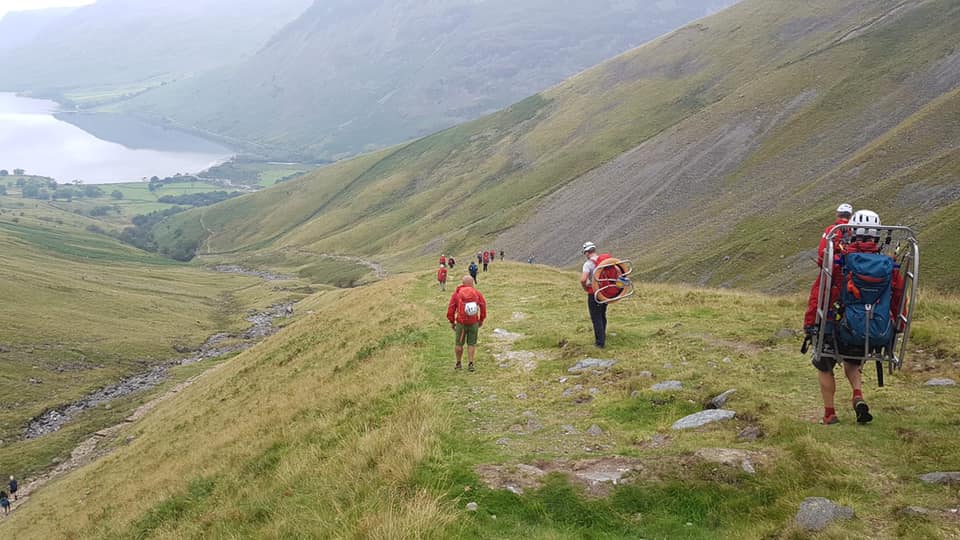