Mountain Rescue Teams in Cumbria come together during major incidents to pool their resources. During the county wide flooding in early December the west of the county was fortunately less badly affected and the Wasdale team took on the role of helping to coordinate the response elsewhere as well as providing a ‘Type C’ team of swiftwater rescue technicians. This article presents an overview of the events between Sat 5th – Sun 7th December.

Early on Saturday morning it was apparent that it had rained hard for a long time and was likely to do so for a lot longer. The morning teleconferences started to conclude that a major flood incident was likely and soon tasks were coming in, particularly around Keswick and Kendal. Around lunchtime Keswick were dealing with a large number of jobs and support was sent from Cockermouth, Wasdale and Duddon teams. Kendal also started to get busy and a second Duddon team went over to support there. Langdale –Ambleside were tasked to help rescue people from a bus trapped by landslides on the A591. At this point it started to become apparent that the incident would go on for a long time in many different places and if the MR effort was to keep pace further support was needed. Calls went out to the other regions to ask what help they might be able to offer ? Later on Saturday evening Cockermouth started to flood as well and the main street became a river once again. There was now activity in every MR base in Cumbria, except for Patterdale, which was flooded. Despite the west of Cumbria being relatively unaffected there was a 6 strong team in the Wasdale base helping to keep an overview of events elsewhere. Operations continued through the night around the county.

On Sunday the focus started to shift to Carlisle. The out of county teams were important to the MR effort in Carlisle as many of the local teams were busy in their own areas. During the Sunday groups from the Peak District, Calder Valley, Ogwen / North Wales, Swaledale, Upper Wharfdale, Kirkby Stephen, Coniston, Penrith and Wasdale teams were all deployed in Carlisle. Bowland Pennine and CRO also supported in the south of the county.

Away from Carlisle operations were still ongoing in Cockermouth and Kendal and new fronts started to open up. Penrith had a number of incidents in Eamont Bridge. Kirkby Stephen were called to help with evacuations in Appleby. Patterdale, now displaced from their base, supported this effort and also helped with the rescue of an Ullswater steamer that broke free from its moorings. Duddon team helped to move Kidney Dialysis patients in the south of the county.

Operations continued through Sunday night but by now it was apparent that the pace had to slow, not just because the swiftwater teams were tired but it was also becoming difficult to man the various supporting roles in the bases.

Into Monday and there was still flooding in Carlisle and the east of the county but the water was starting to go down slowly elsewhere. The effort continued in Carlisle with mainly local teams from Duddon, Penrith and Wasdale along with the second team to come up from Ogwen.

It was known earlier in the weekend that things were difficult in Patterdale but the picture that started to emerge through the day was a community without power, water or telephone links and had been cut off for 2 days due to collapse of Pooley Bridge. The Patterdale team started to get back into the village and with their limited communications provide a picture of the conditions down the valley.

By the evening the flood waters had receded in most places and it was only in Patterdale that MR operations continued. 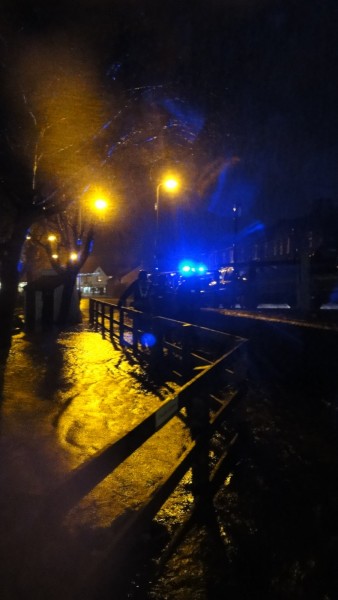 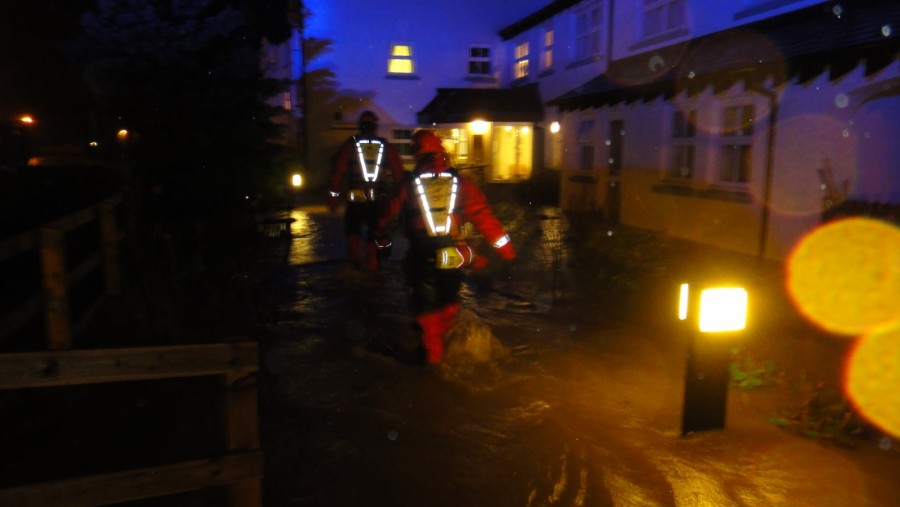 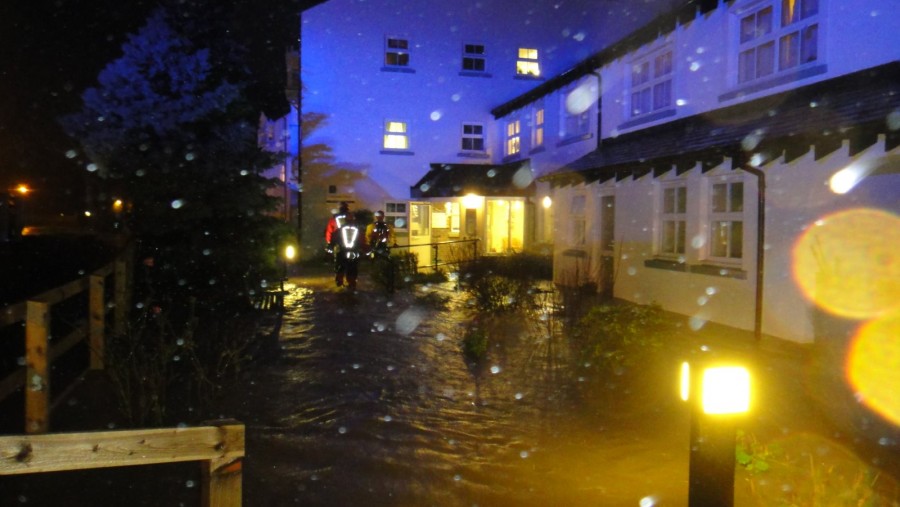 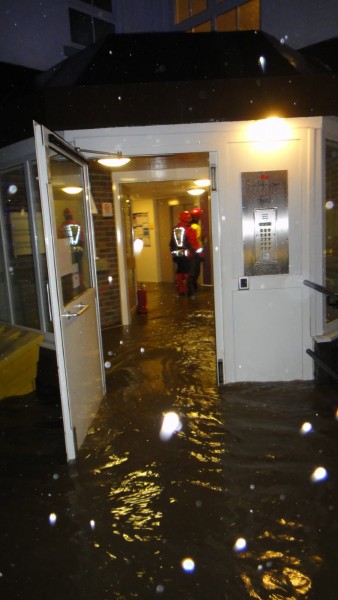 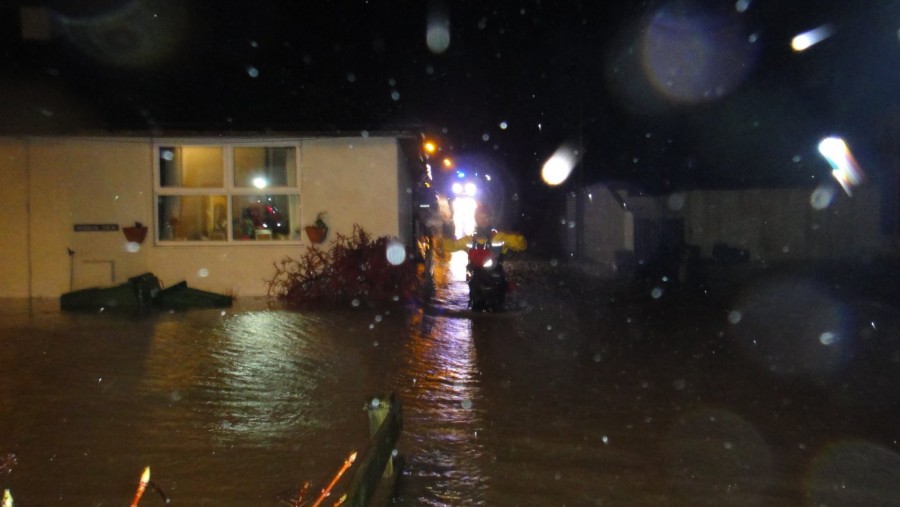 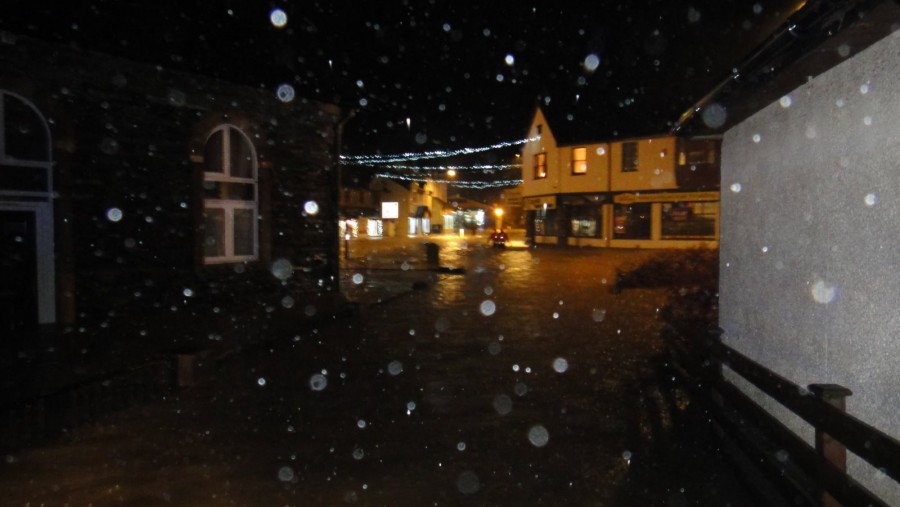 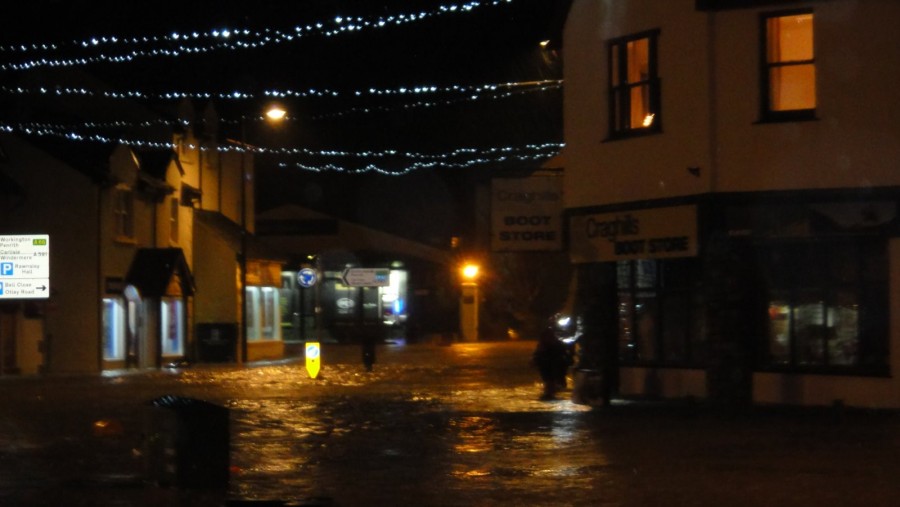 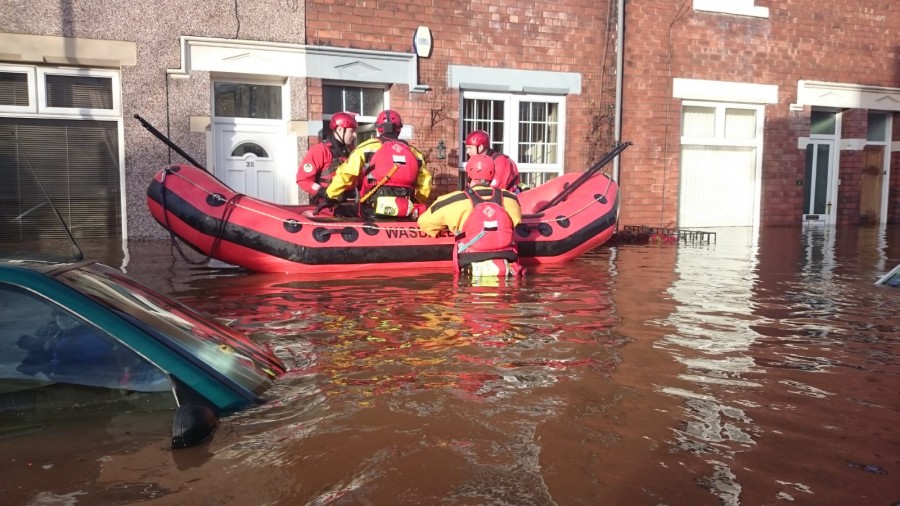 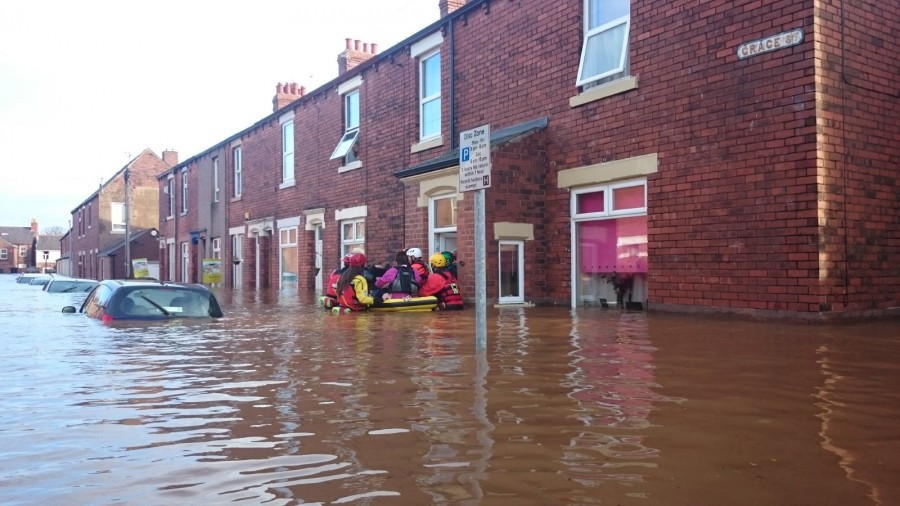 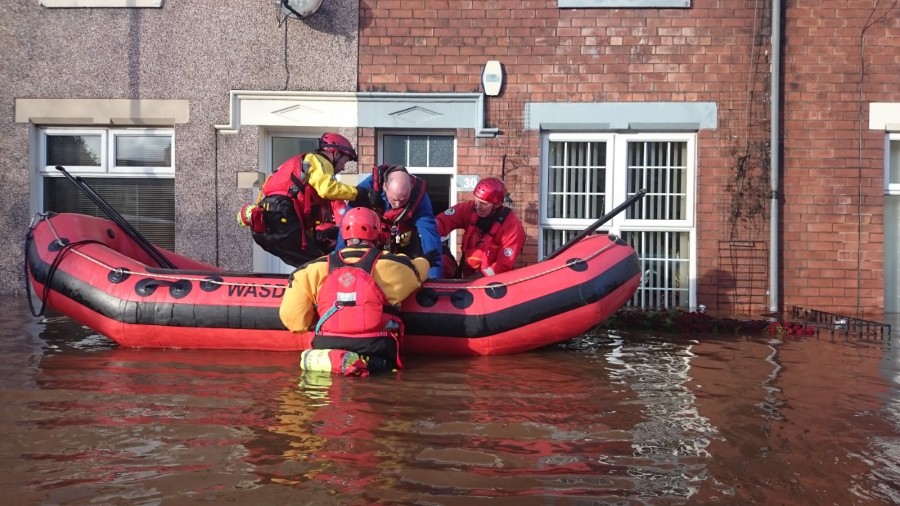 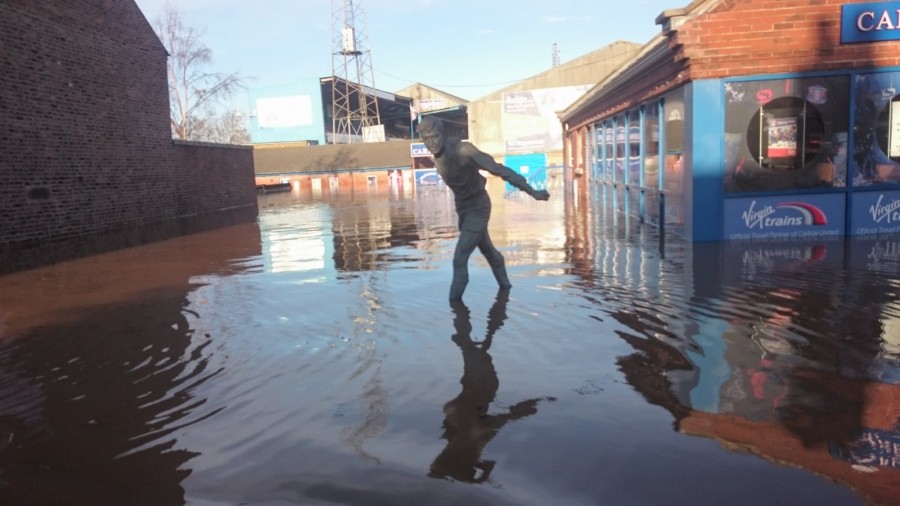 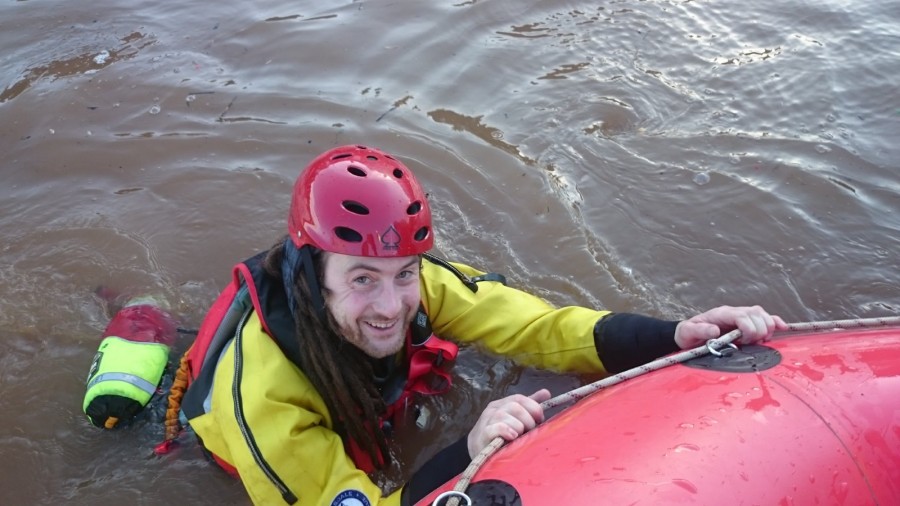 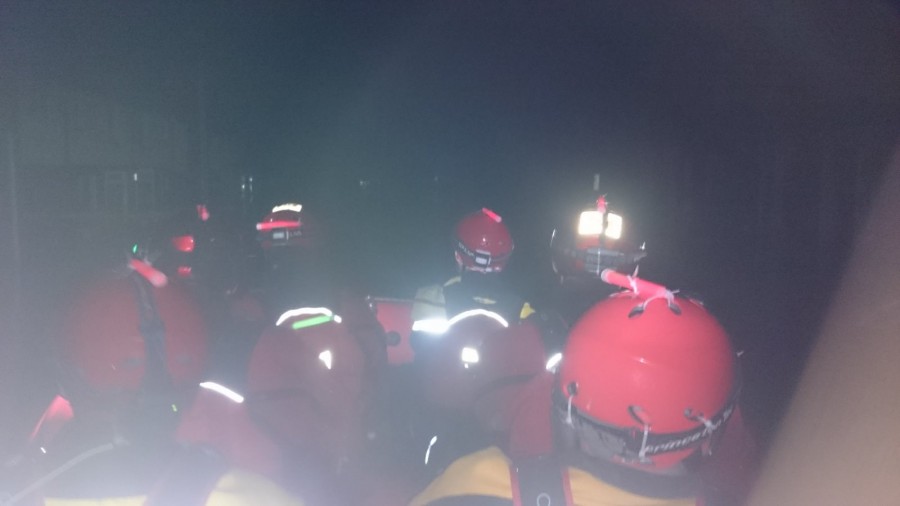 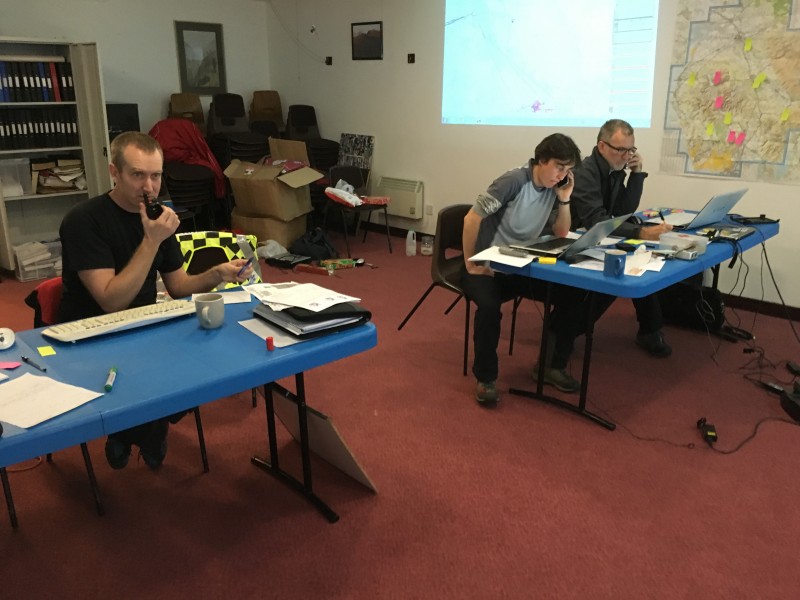 Incident started at 07:00. There were 23 Wasdale team members involved.

Incident116 in 2015 TypeCallout — LocationCumbriaTaggedCumbria Floods, Swift WaterThis time next week one of our team members will have set off running from Pooley Bridge in the northern Lake District back to Wasdale, attempting to Read more…

Incident116 in 2015 TypeCallout — LocationCumbriaTaggedCumbria Floods, Swift Water As a volunteer team we are solely reliant on public donations to keep our team operational. We raise some of funds through the sale of our Read more…

Incident116 in 2015 TypeCallout — LocationCumbriaTaggedCumbria Floods, Swift WaterThe team would like to say a big Thank You to Leanne Ritchie who has raised the fantastic sum of £1,150 for the team. Having already completed Read more…