The team was called out to attend a female walker who had taken a fall on hard snow on Green How, Scafell. She was suffering from a leg injury as well as from exposure. A Royal Navy Sea King from HMS Gannet lifted six team members to near the casualty site. A combined effort of MRT personnel and the helicopter crew saw the casualty packaged and loaded abord the aircraft to be taken to the Cumberland Infirmary Carlisle. Dudden and Furness Mountain Rescue Team also attended to assist. 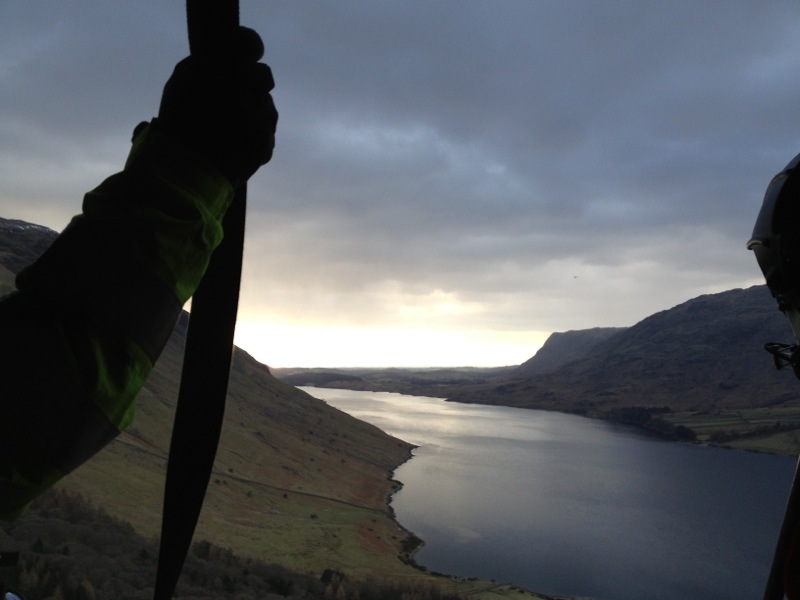 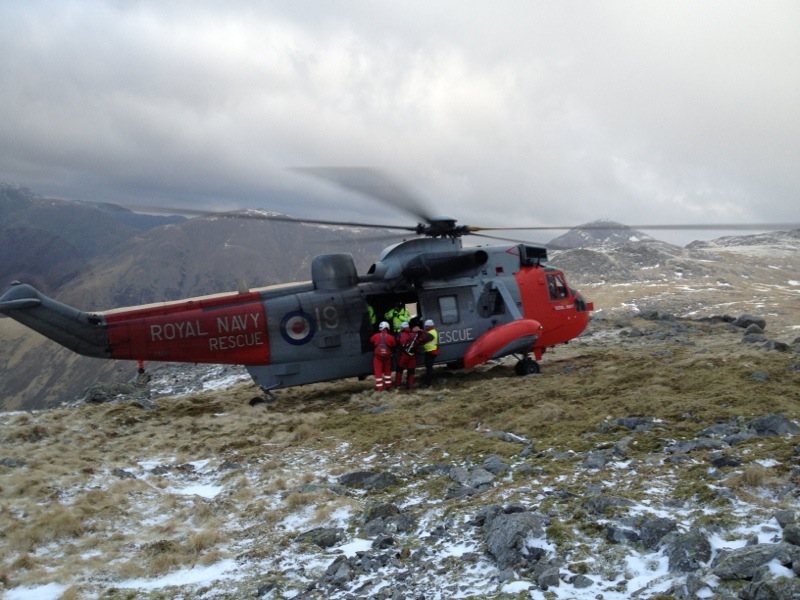 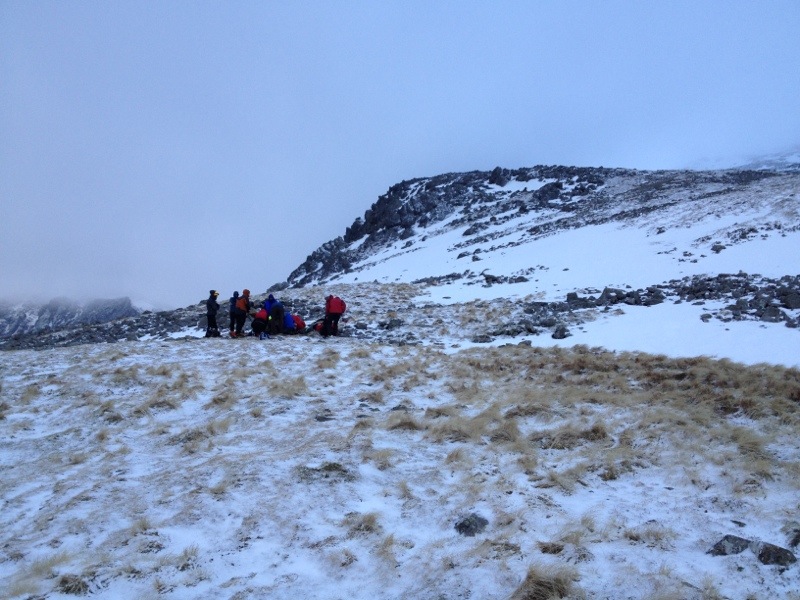