We were called by Police for a walker with a leg injury. Initially this was believed to be near Sty Head Tarn and the Keswick team were also called. A further 999 call was made by a member of the public which helped to place the incident nearer to Piers Gill. The injured walker and a friend were found where the Piers Gill path crosses Greta Gill. The walker had broken her leg whilst crossing slippery boulders on the crossing. The casualty was treated on the scene by a team doctor then packaged and evacuated back to Wasdale with help from the Duddon Team. Incident closed 21:00. 16 WMRT involved + DFMRT (and initially Keswick).

Short video of the stretcher run from today's rescue. Thanks to Duddon and Furness Mountain Rescue Team for helping with the carry. 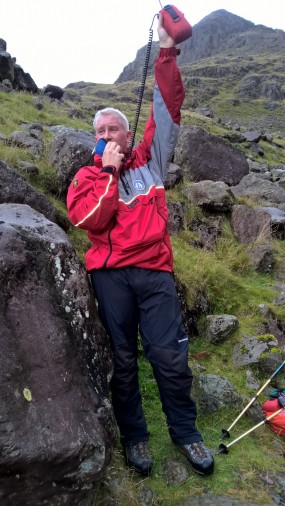 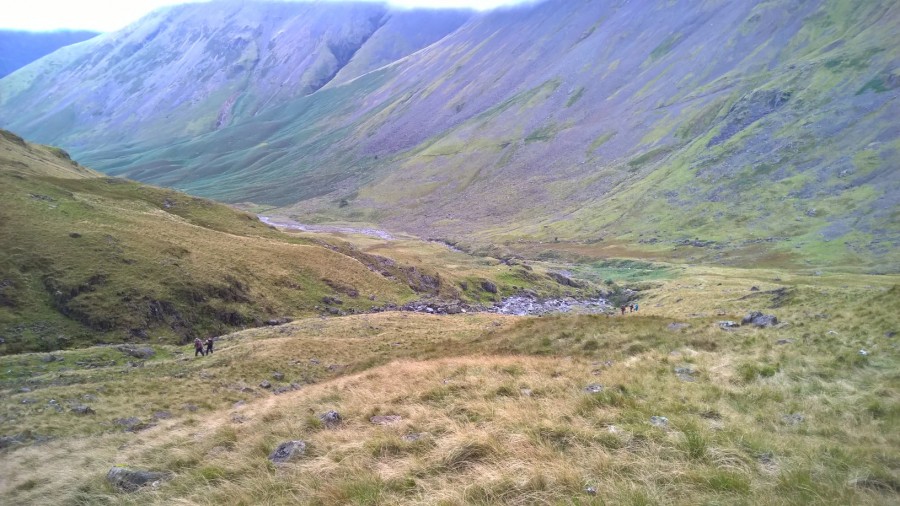 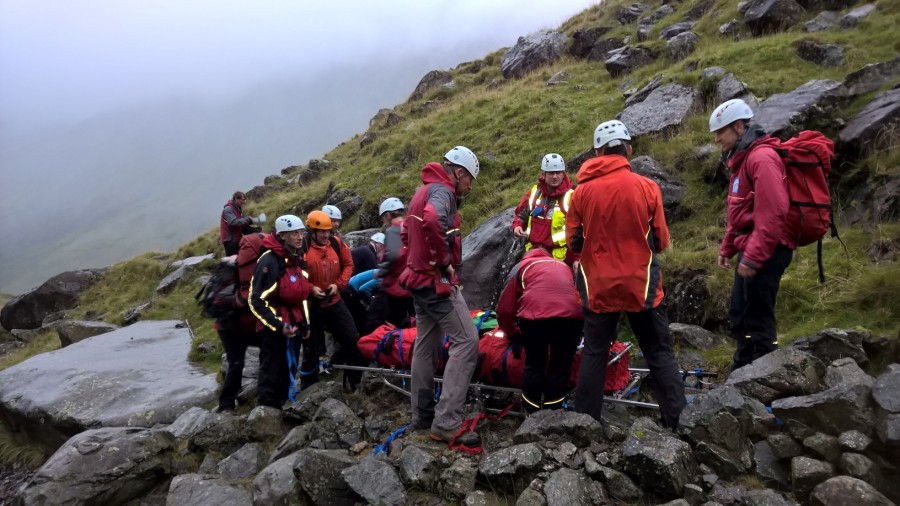 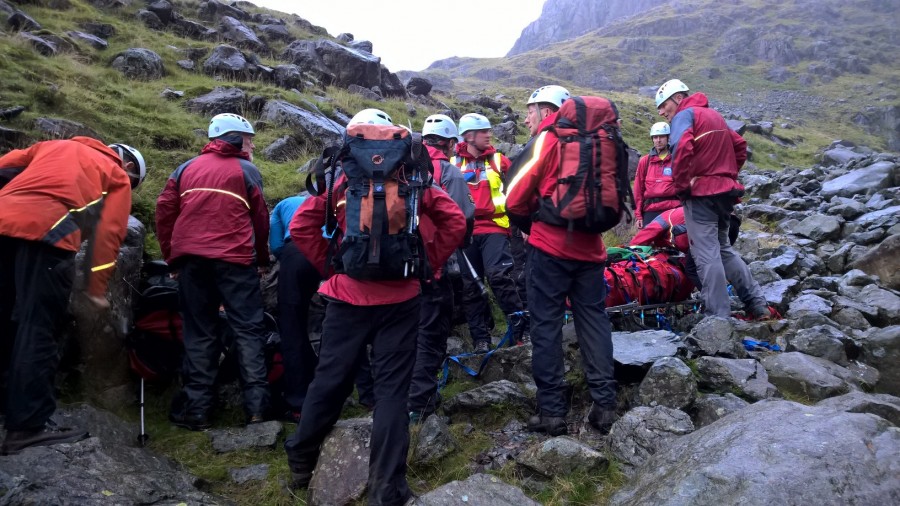 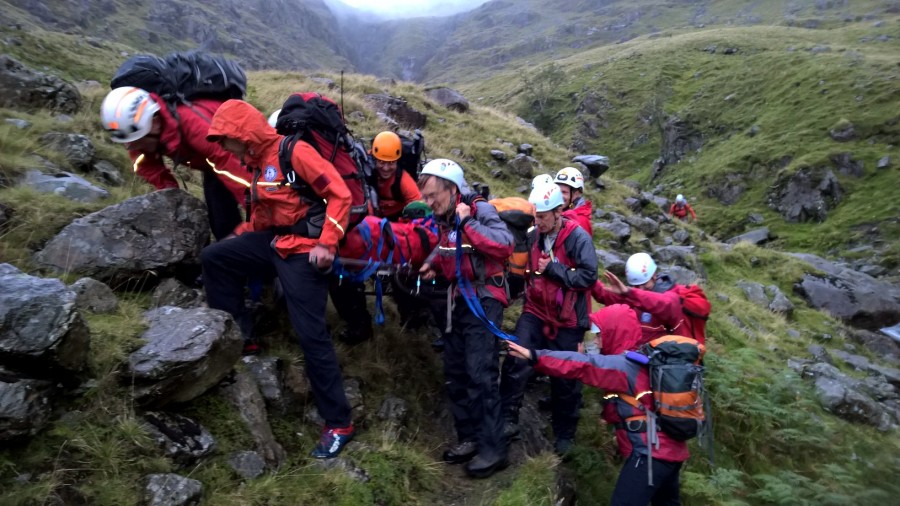 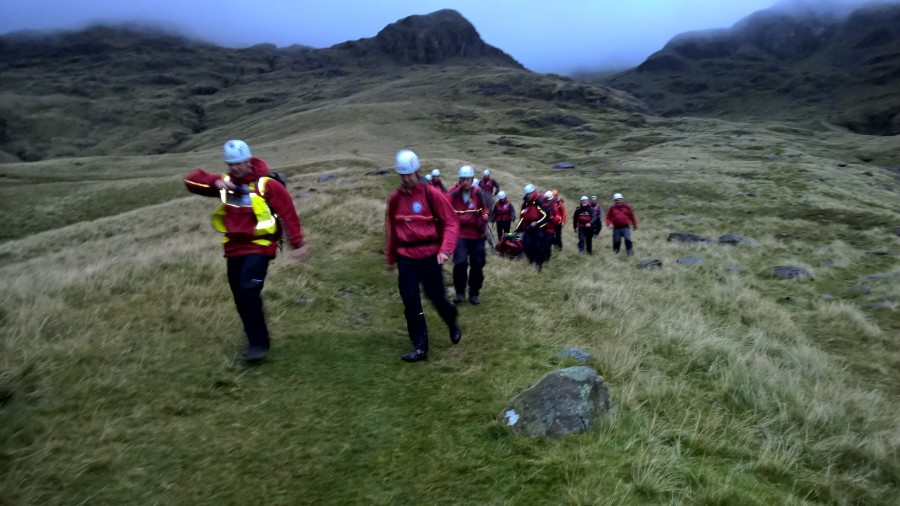 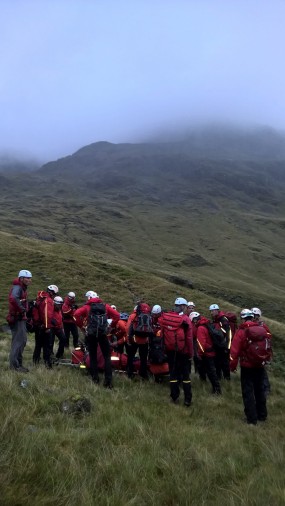 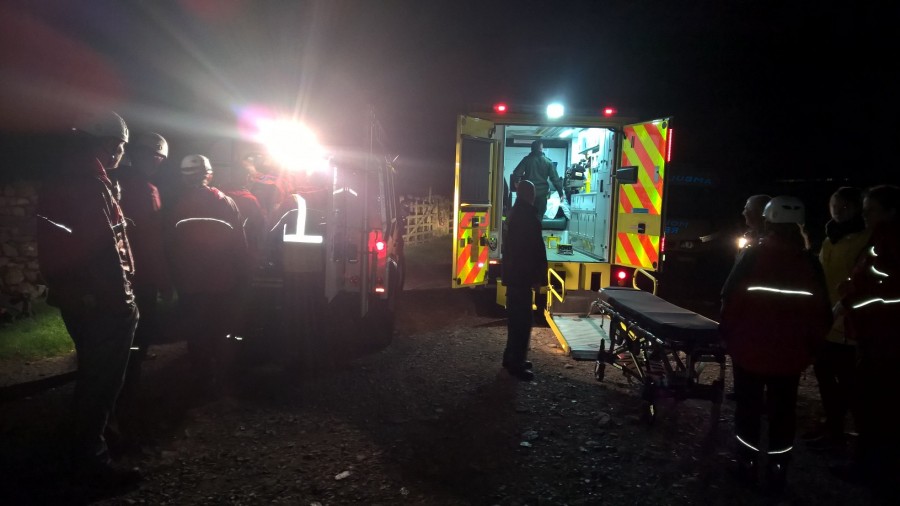 Incident93 in 2015 TypeFull Callout — Injured & Medical LocationGreta Gill, Scafell PikeOther AgenciesDuddon & Furness MRTDiagnosisLeg InjuryThis time next week one of our team members will have set off running from Pooley Bridge in the Read more…