Team called to investigate shouts for help heard by parties descending Scafell Pike. With little initial information, 5 WMRT set off carrying shelter, first aid and crag gear. With many members away on holiday, we once again had to call in DFMRT to boost our numbers.
As we made our way up the hill, more information began to come in, making it clear we were dealing with a 20 yr. old male who had taken a 5-10m tumble fall down what he thought was Lord’s Rake, on Scafell. He had sustained multiple (mostly minor) injuries most significant being a suspected broken ankle, but had managed to move/crawl to a position close to the main Scafell Pike path through Hollow Stones – a considerable distance from Lord’s Rake!
He was treated initially by WMRT Casualty Carers and then a DFMRT doctor, before being stretchered off the hill. 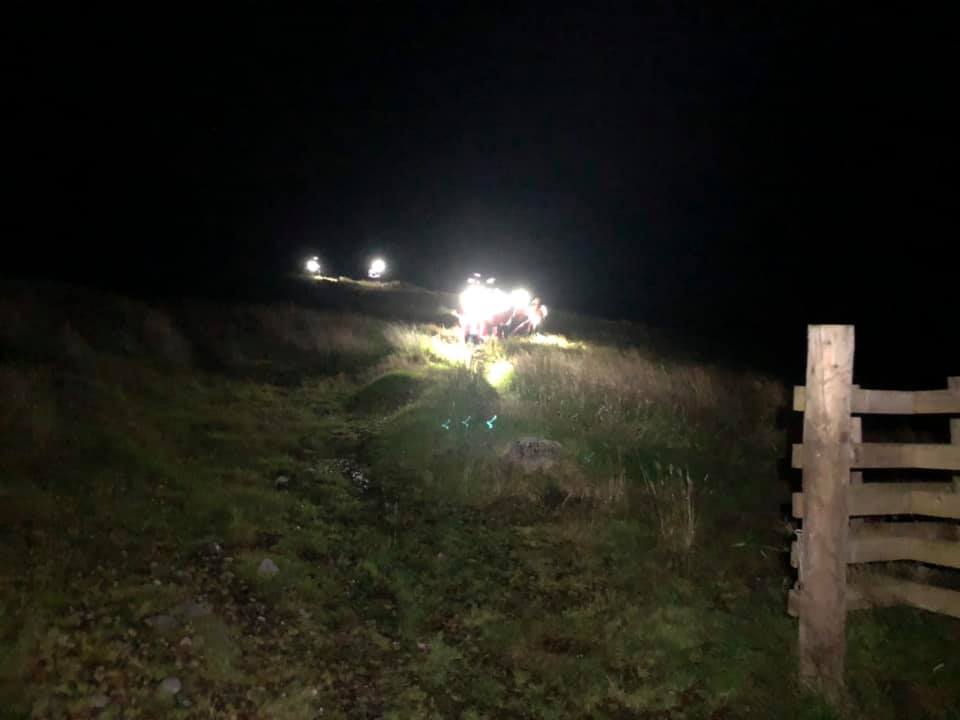 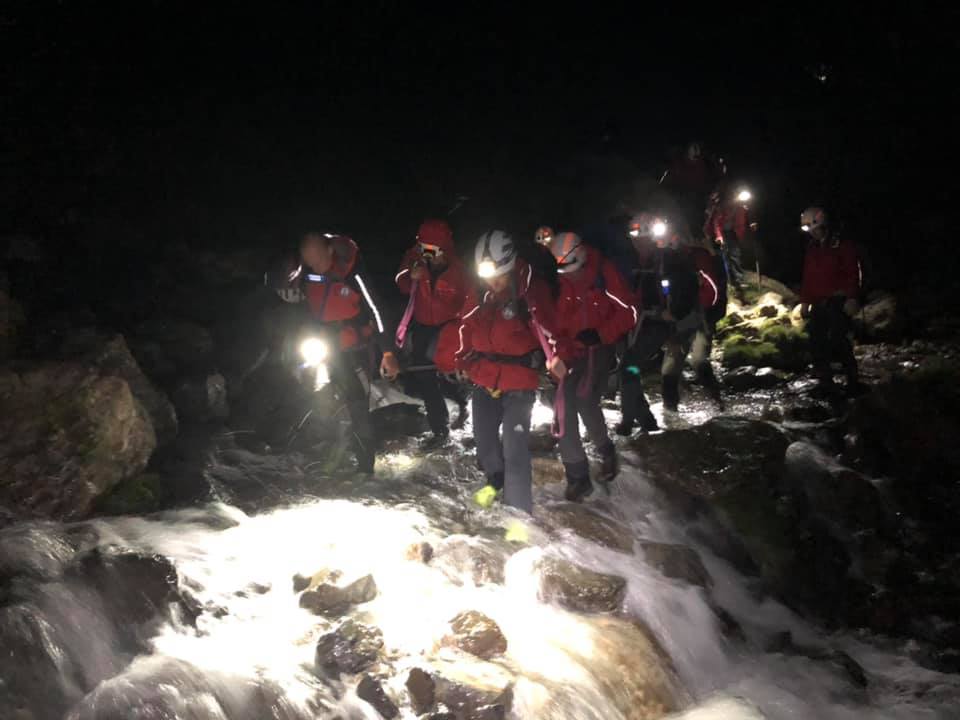 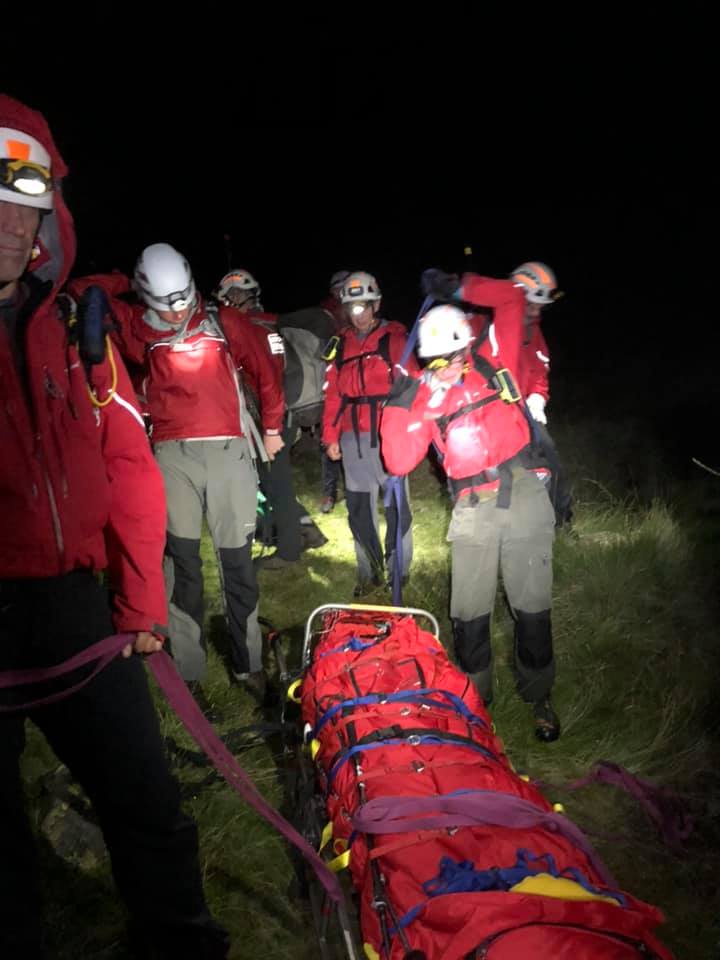 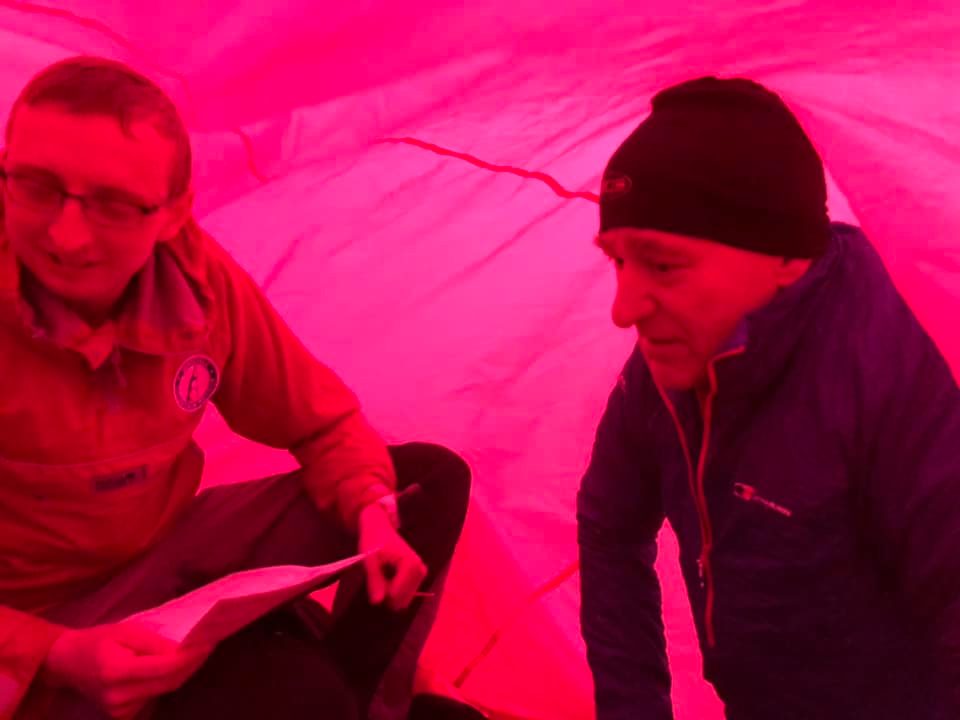