The team were called just after midnight to attend a walker who had suffered a stumble fall on the Scafell Pike path in Hollowstones and broken her ankle. She was given analgesia and her ankle was splinted before being stretchered up hill a short distance to a good location for winching. A Sea King from HMS Gannet winched the casualty and team doctor aboard and flew them both to West Cumberland Hospital, Whitehaven. There were 16 team members involved and base was closed around 5am. 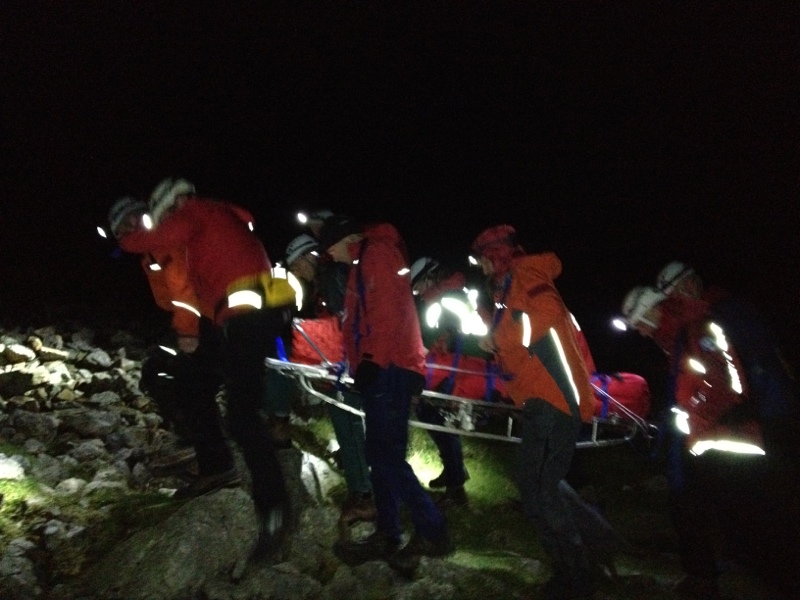 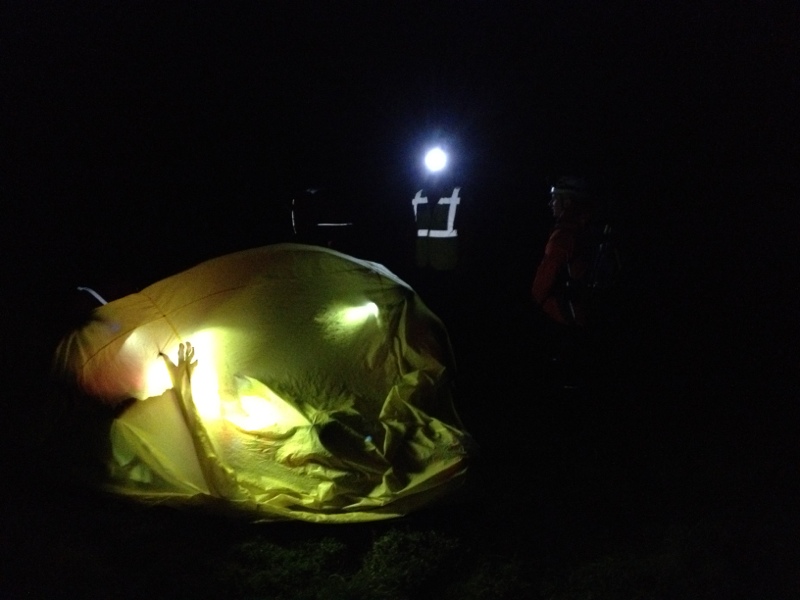 The casualty is treated inside a bivi tent

Incident64 in 2012 TypeFull Callout — Injured & Medical LocationHollowstones, Scafell PikeOther AgenciesHMS GannetDiagnosisLeg InjuryThis time next week one of our team members will have set off running from Pooley Bridge in the northern Lake District Read more…

Incident64 in 2012 TypeFull Callout — Injured & Medical LocationHollowstones, Scafell PikeOther AgenciesHMS GannetDiagnosisLeg Injury As a volunteer team we are solely reliant on public donations to keep our team operational. We raise some of funds Read more…

Incident64 in 2012 TypeFull Callout — Injured & Medical LocationHollowstones, Scafell PikeOther AgenciesHMS GannetDiagnosisLeg InjuryThe team would like to say a big Thank You to Leanne Ritchie who has raised the fantastic sum of £1,150 for Read more…