We were alerted by Cumbria police about a male who had a head injury. The informant was at Mickledore but due to poor phone signal, the casualty location and severity of the injury was unknown. Accidents in this area are often serious.
It was not possible to talk to the informant, so a full callout was initiated and a coastguard helicopter with winching capability requested. Although the helicopter would not have been able to reach the casualty site because of cloud, the crew would have been able to give team members a lift up the hill as far as possible. This would have helped a great deal if a lot of heavy crag equipment was needed.
As the team were mobilising and the helicopter was en route, a call came in to say the team was no longer needed, so all assets were stood down.
Our thanks to the helicopter crew for their assistance.

Incident35 in 2021 TypeFull Callout — Injured & Medical LocationMickledore, Scafell PikeWeatherCloudy Summits, Cool, SunnyOther AgenciesCoastguard, Cumbria PoliceDiagnosisHead InjuryAnother massive thank you to all Co-op customers who have nominated our team as their good cause as Read more… 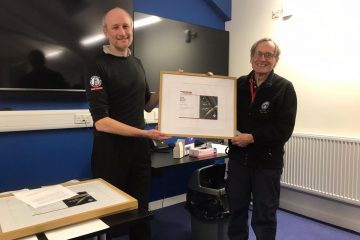