The Team was called to assist a male in his 70’s who had fallen on steep broken ground beside Piers Ghyll. He had sustained minor injuries to the head and shoulder and a significant chest injury.
Medcial care was given at the scene by members of WMRT and he was transfered to West Cumberland Hospital by a Royal Navy Sea King Helicopter. 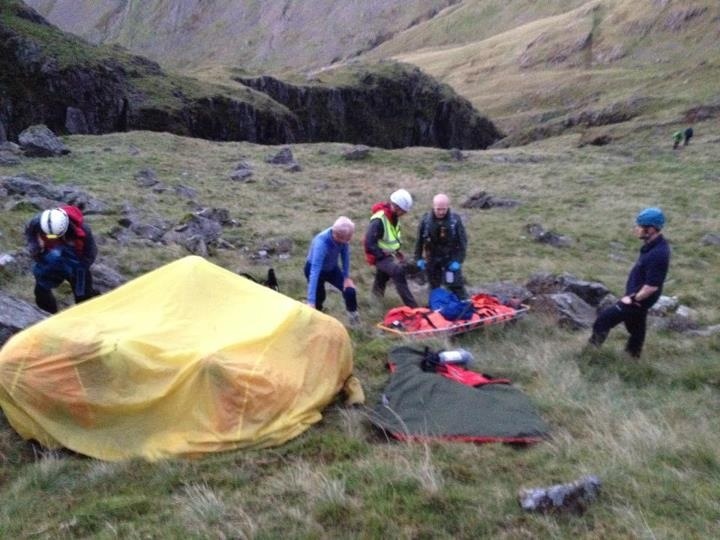 Medical care being given inside the bivi tent 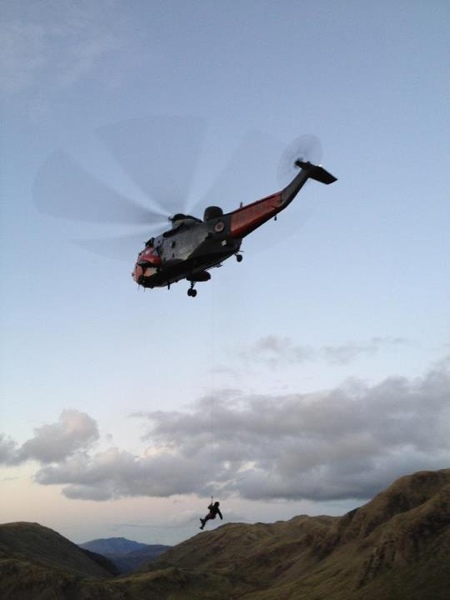 The Sea King from HMS Gannet lowers its winchman 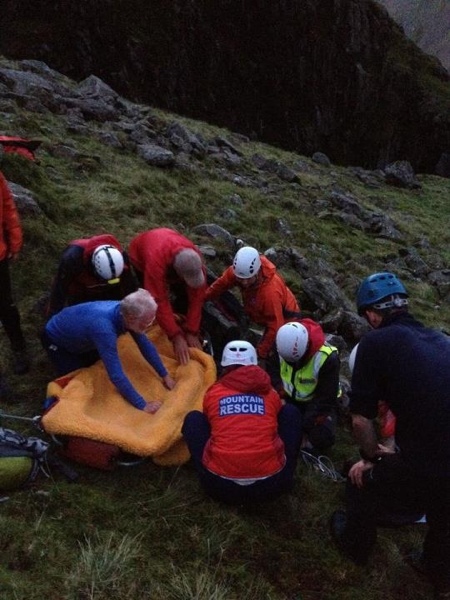 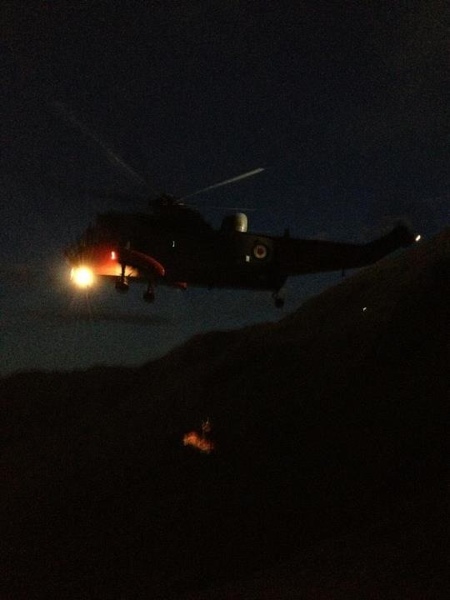 The stretcher is winched into the Sea King

Incident91 in 2012 TypeFull Callout — Injured & Medical LocationPiers Gill, Scafell PikeOther AgenciesHMS GannetDiagnosisMultiple InjuriesThis time next week one of our team members will have set off running from Pooley Bridge in the northern Lake Read more…

Incident91 in 2012 TypeFull Callout — Injured & Medical LocationPiers Gill, Scafell PikeOther AgenciesHMS GannetDiagnosisMultiple Injuries As a volunteer team we are solely reliant on public donations to keep our team operational. We raise some of Read more…

Incident91 in 2012 TypeFull Callout — Injured & Medical LocationPiers Gill, Scafell PikeOther AgenciesHMS GannetDiagnosisMultiple InjuriesThe team would like to say a big Thank You to Leanne Ritchie who has raised the fantastic sum of £1,150 Read more…