We were called by Police about a walker and their friend who were struggling to descend due to aggravating a pre-existing injury. The two made their way down as far as they could but were then stopped by the Greta Gill crossing at the bottom of the Piers Gill path which was in spate and they became wet through by trying to cross. Once on scene team members provided dry clothing and then rigged up ropes and provided buoyancy aids to help the pair back across Piers Gill then walked down to the bridge at Burnthwaite. The pictures show the casualty party, the becks in spate and the wheel that was taken, along with the stretcher as a precaution in case of a carry down. 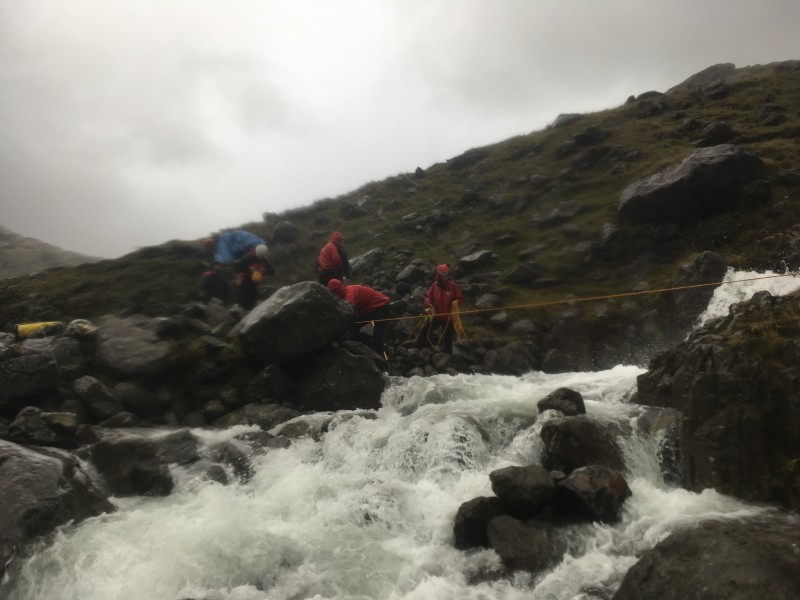 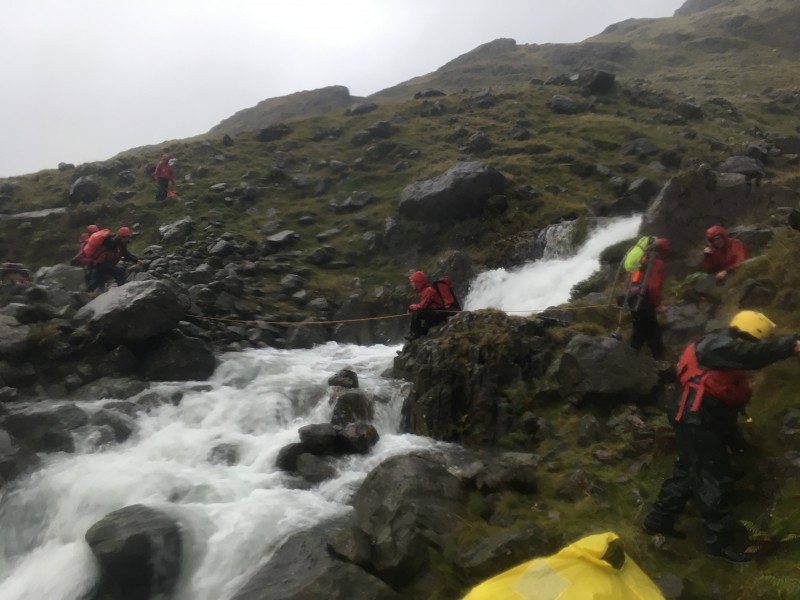 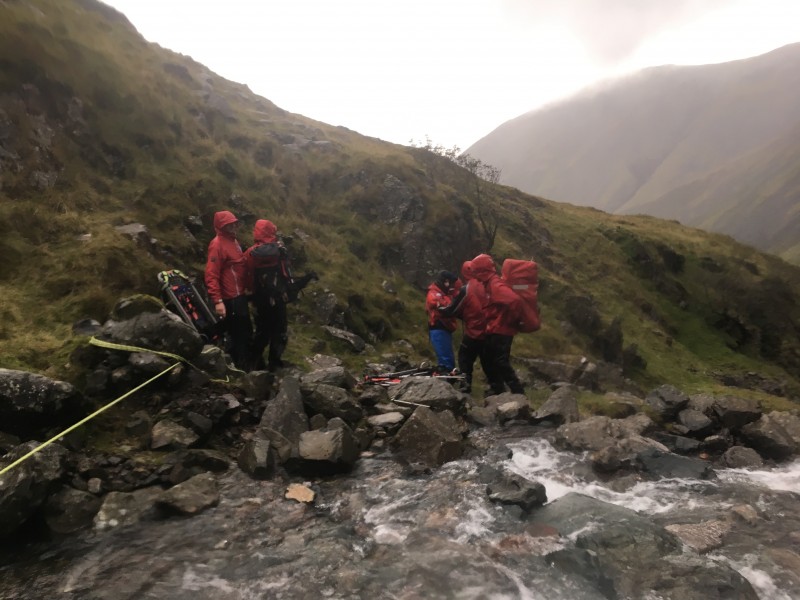 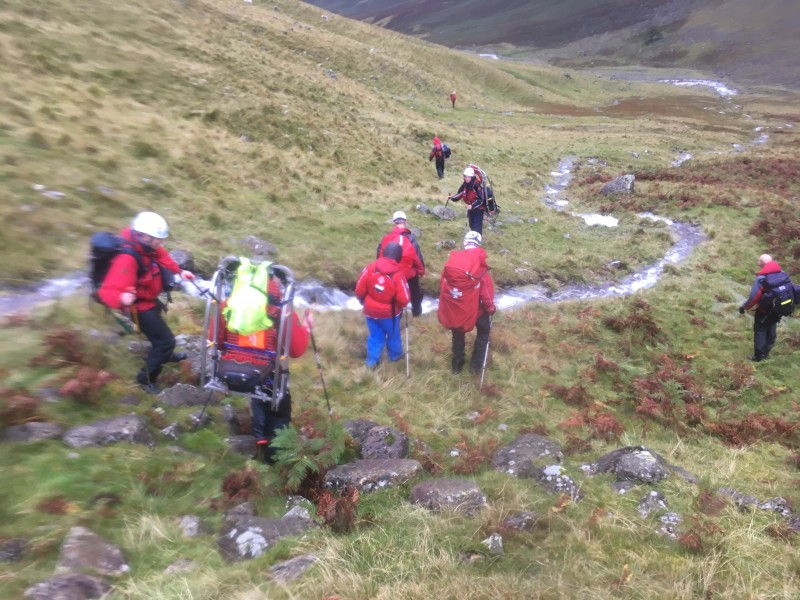 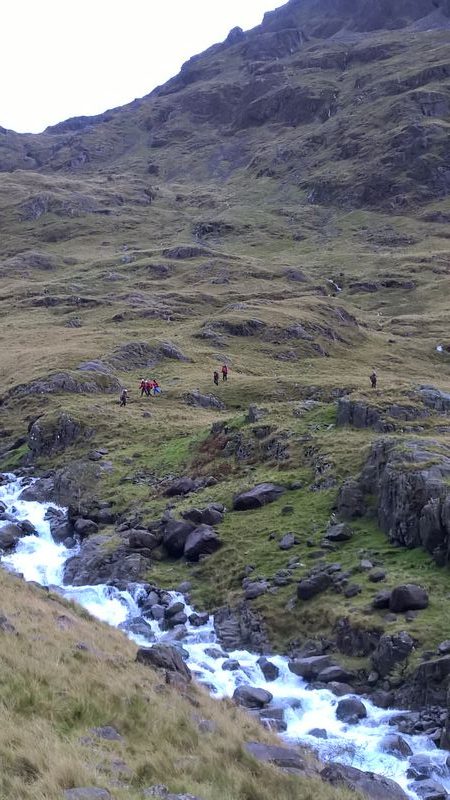 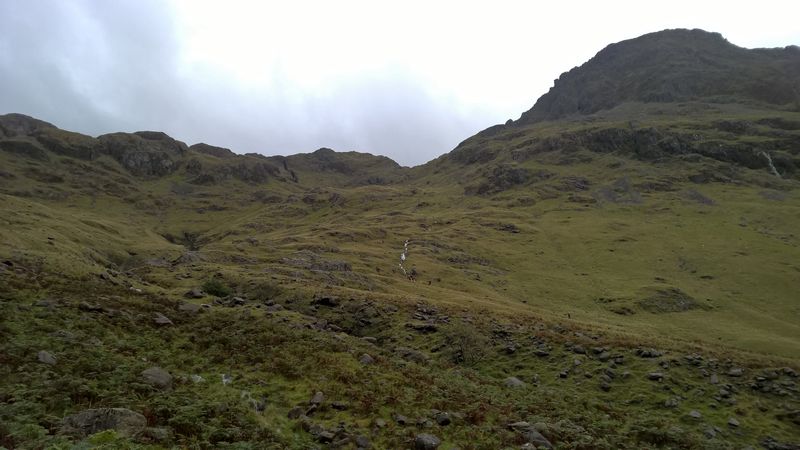 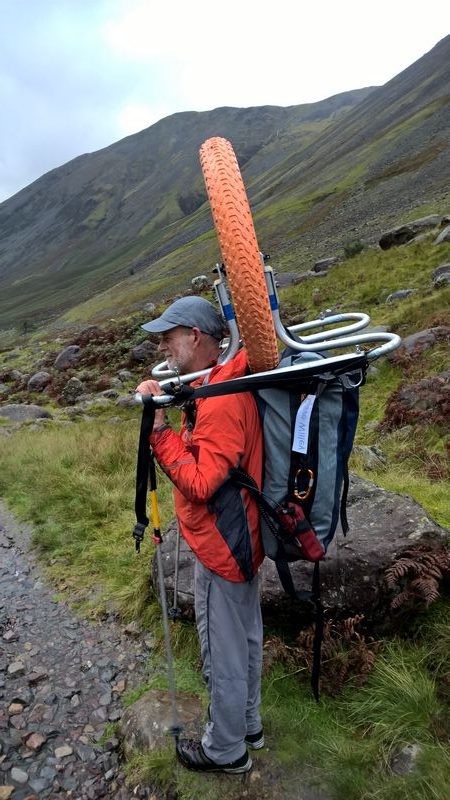 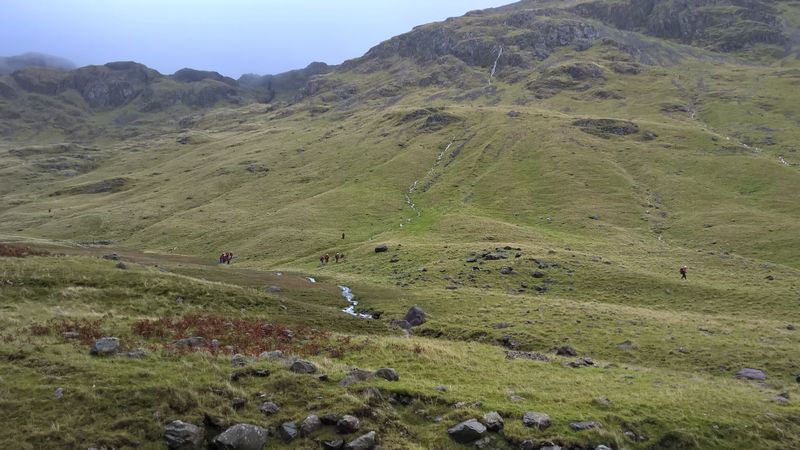 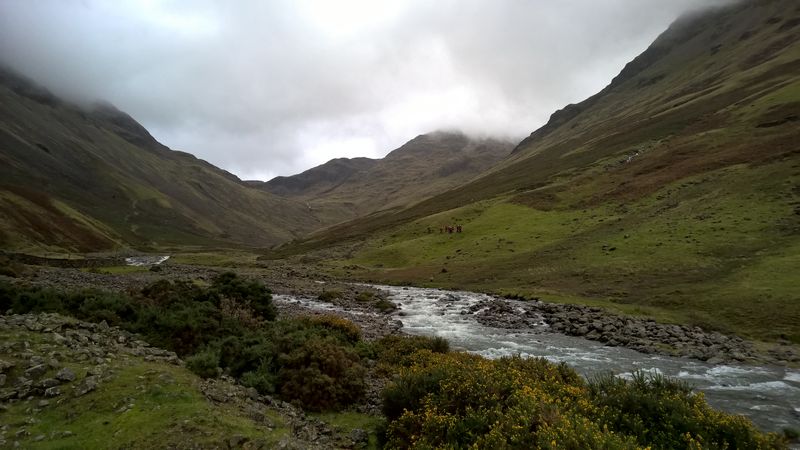 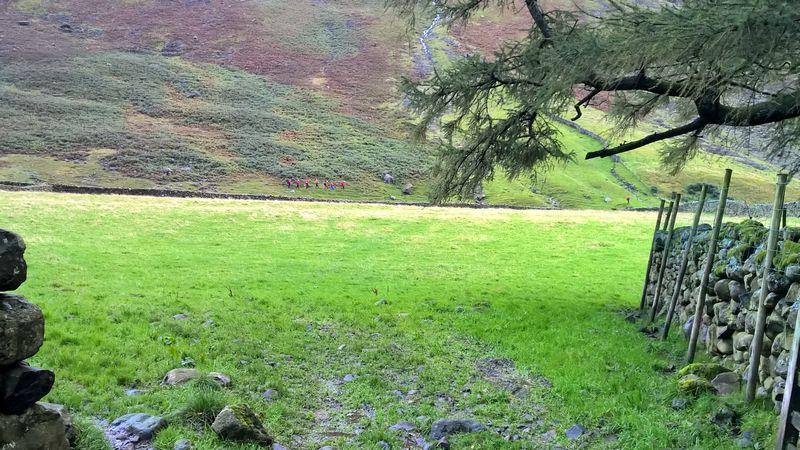 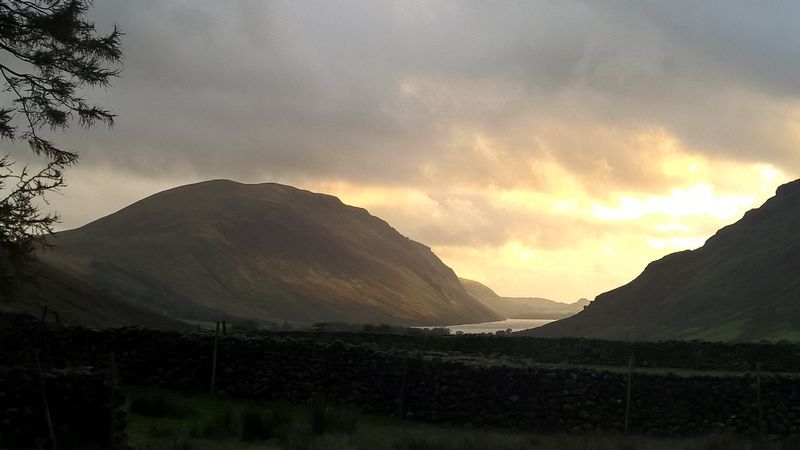