Team called this afternoon for a walker who had injured their leg when it got trapped between rocks whilst on the ‘Old Styhead Path’ just beyond the intake wall. The injury was assessed on scene by the team doctor, splinted then the walker was carried to the ambulance at Burnthwaite. The wheel underneath the stretcher proved its worth once again. 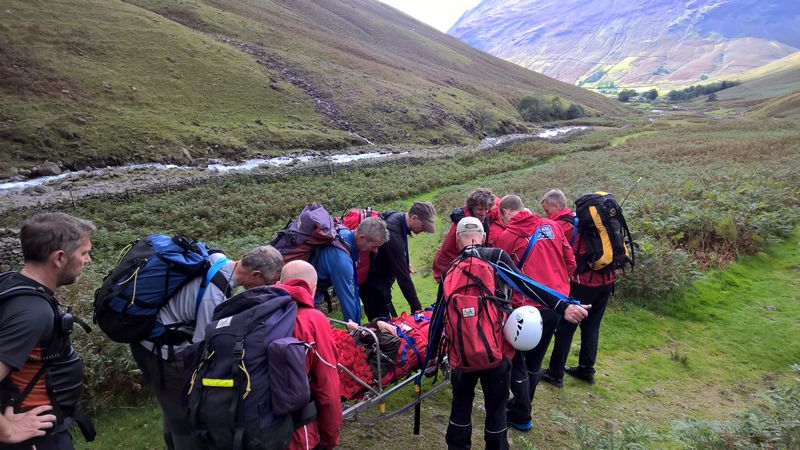 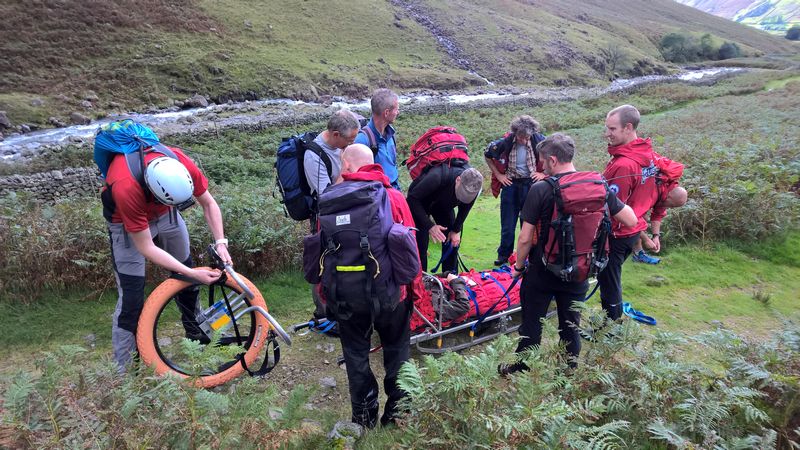 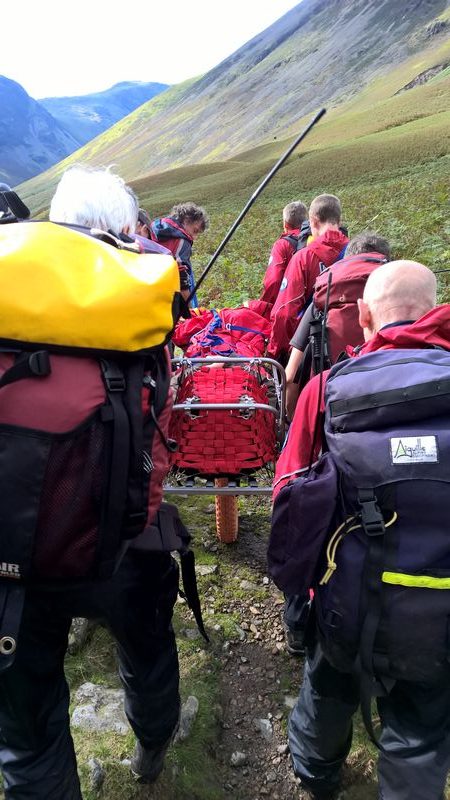 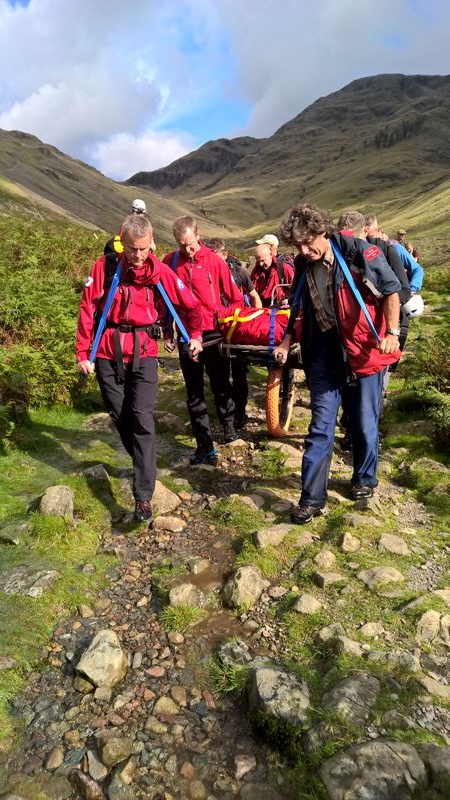 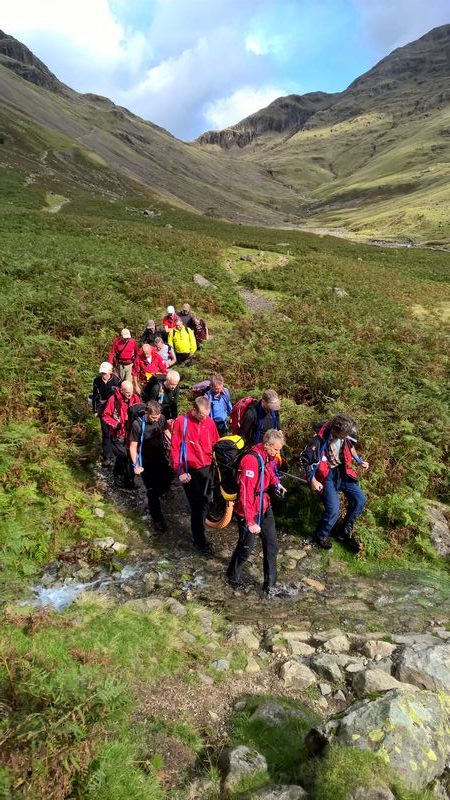 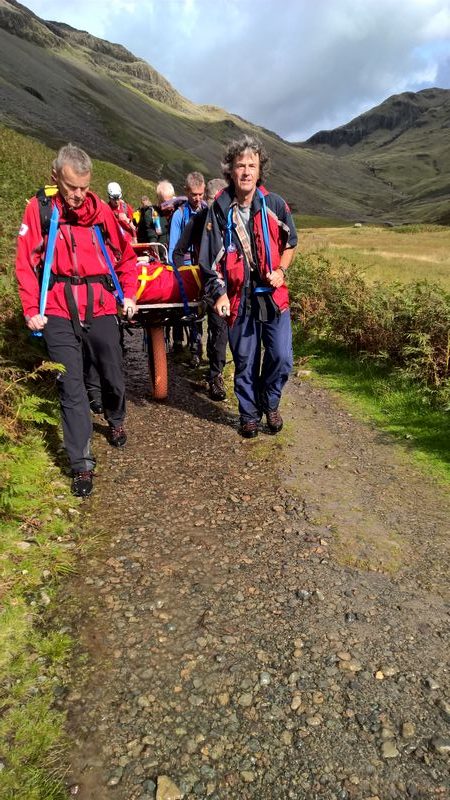 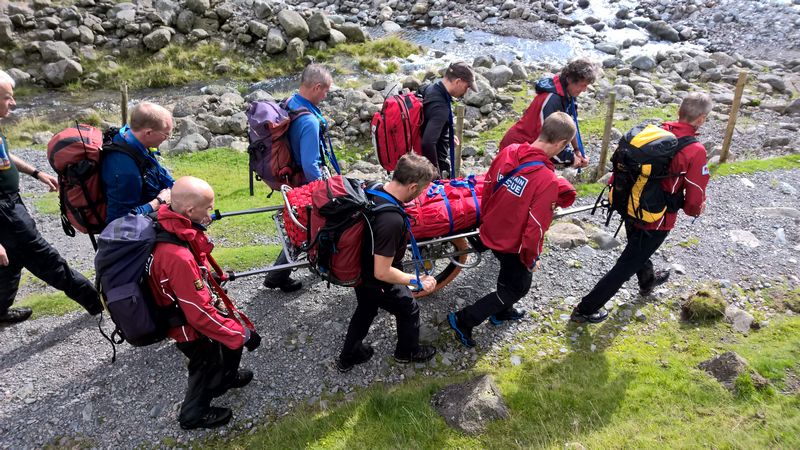