We were called by Police about a walker who’d twisted their ankle whilst descending the Corridor Route on Scafell Pike, near to Skew Gill and could no longer walk. They were accompanied by Teesdale & Weardale members who provided initial medical treatment. Once on scene the limb was splinted then the casualty loaded onto the stretcher for the journey down to Burnthwaite. With a potentially long carry we were also joined by our colleagues from the Duddon and Furness team who carried the casualty back to the waiting vehicles. 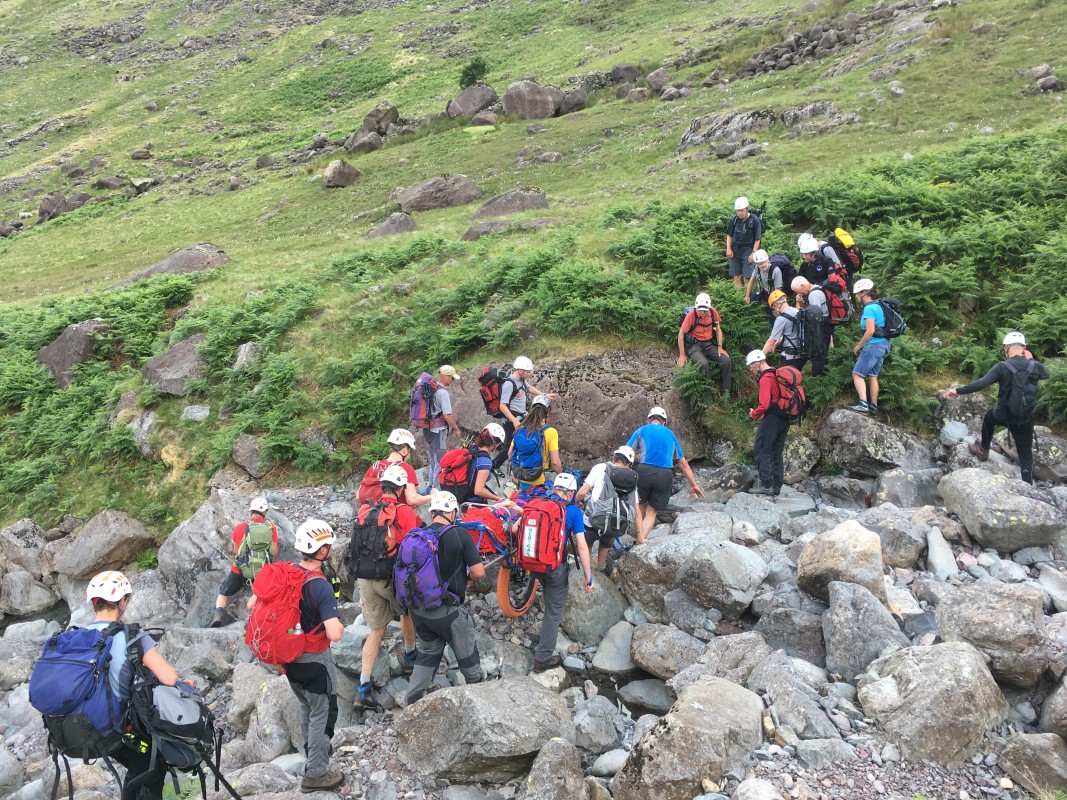 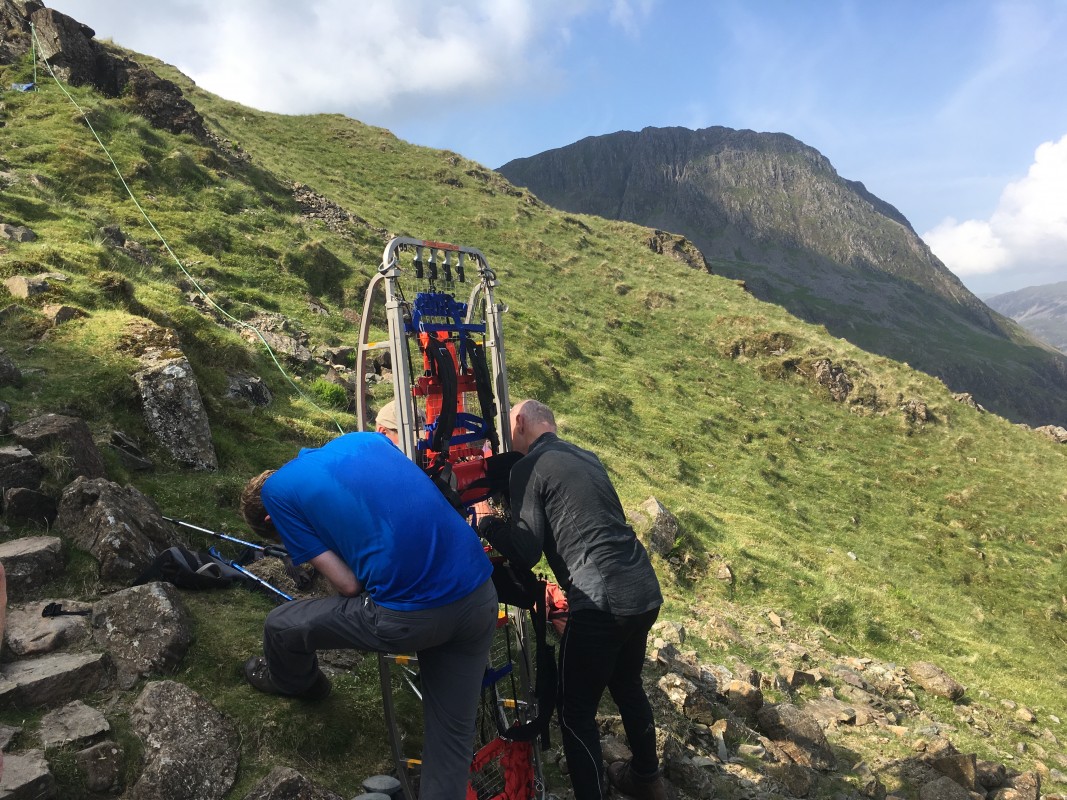 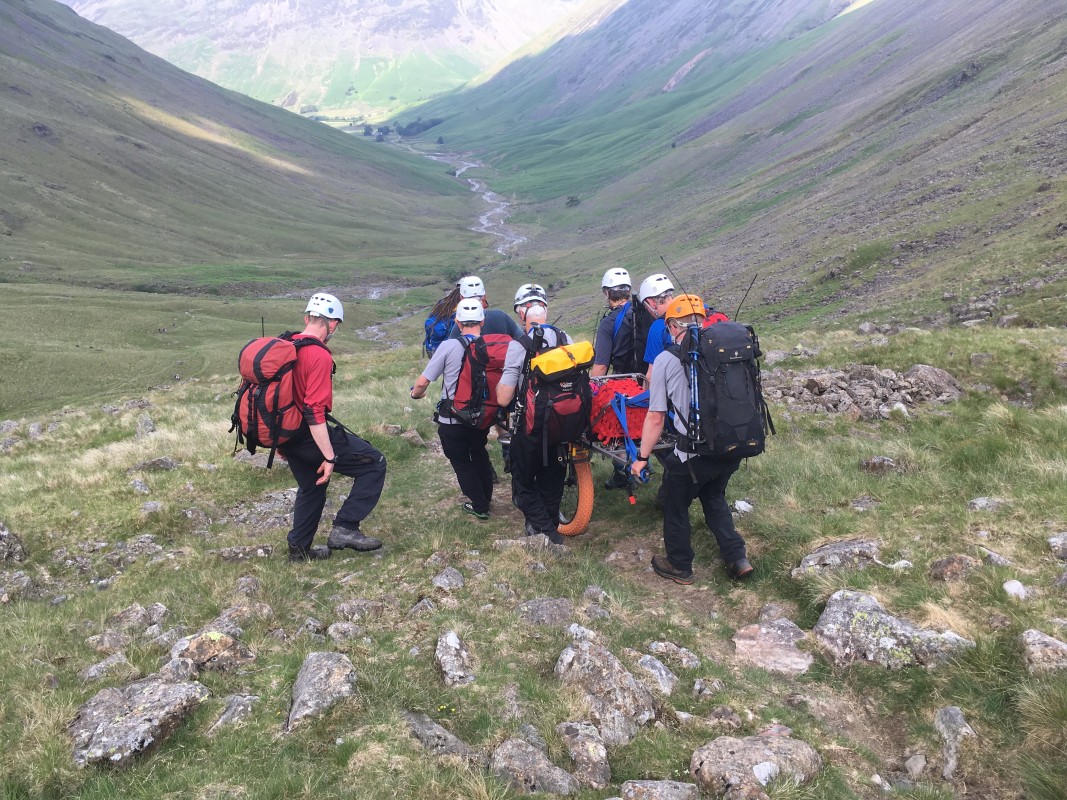