The team was called out just after midnight this morning following an emergency ‘999’ mobile phone call from three male walkers in their early 20’s.  Having left at 7.30 p.m. on Sunday evening with adequate equipment (map, compass, lights and torches) the group ascended the mountain via the Flass Knotts, and up into Lingmell Crags to the west side of Piers Gill.  They became disorientated whilst ascending the craggy area in the low cloud and found themselves on extremely steep and dangerous ground.

Their approximate location was established and a small group were dispatched to locate them.  They were located in a very exposed location, high on the Lingmell Crags near Straight Gill.  Two team members undertook a serious climb to get to their location and make them safe whilst further team members were called out to assist.  This included some very heavy loads being carried to the summit of Lingmell.   Due to the conditions, the precariousness of their stance, it was decided to wait until first light before evacuating them up the crag.

A technical haul system using 400 metres of rescue rope was set up from the summit of Lingmell.  A team member was lowered 110m (over 300 feet) to reach the stranded scramblers.  The incident was closed at 1.30 p.m. this afternoon.  Eleven Wasdale team members, eight Duddon and Furness MRT members plus two search dogs were involved in this 13 hour rescue.

This was the fifth rescue of the weekend for the Wasdale team, one Saturday, two Saturday night, one Sunday and the above early morning rescue.  The team are very grateful for the assistance from our neighbouring team Duddon and Furness MRT for their support today in a difficult rescue in horrendous weather.  Thanks also to the Horse and Groom Inn for the food and drink provided at the end of the rescue. 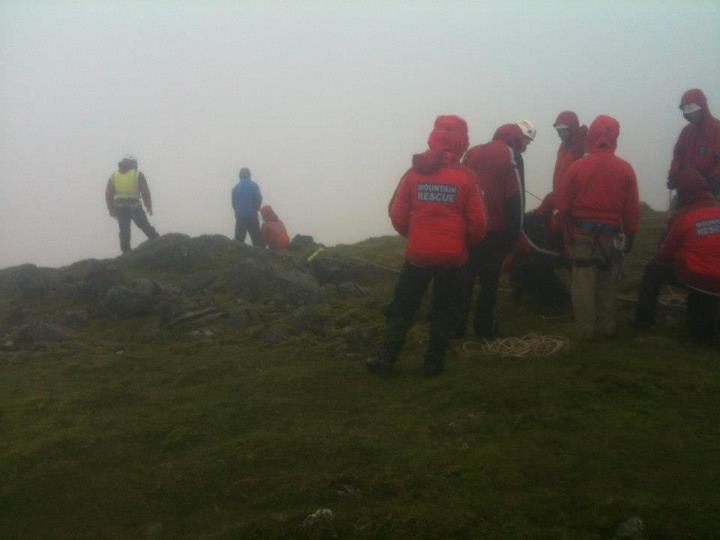 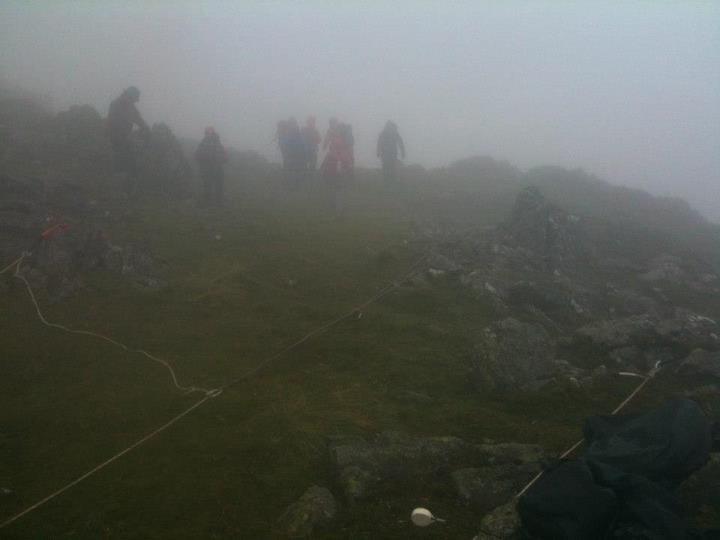 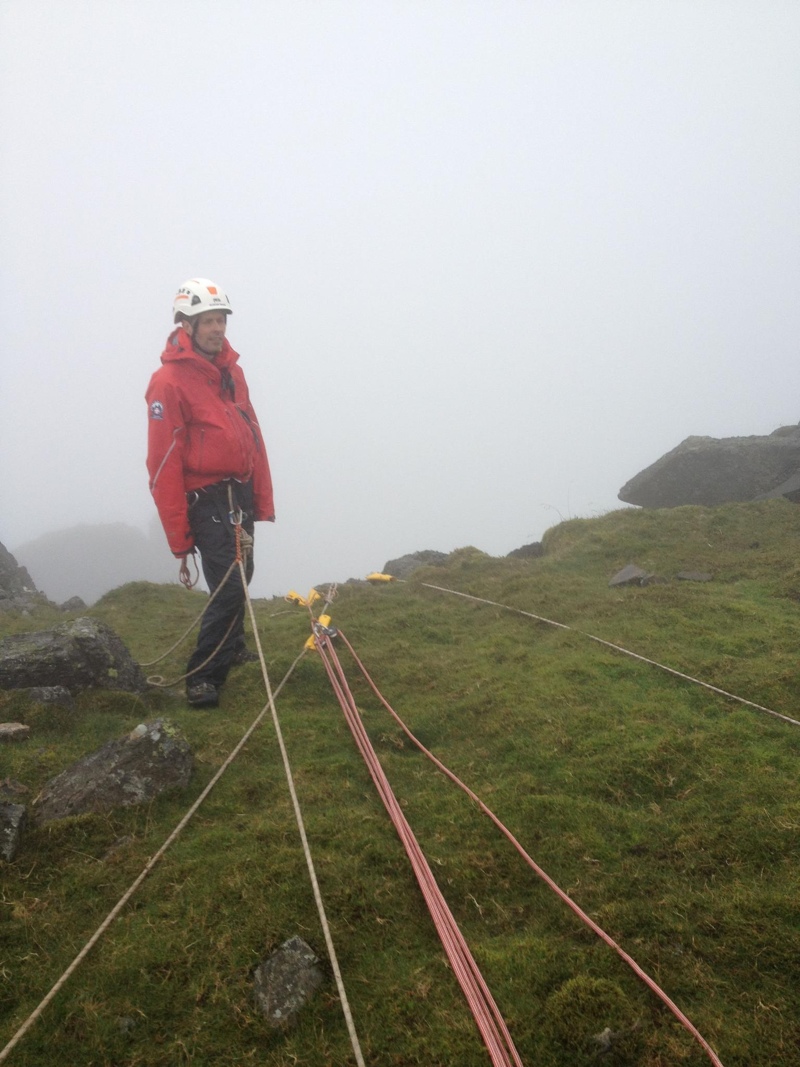 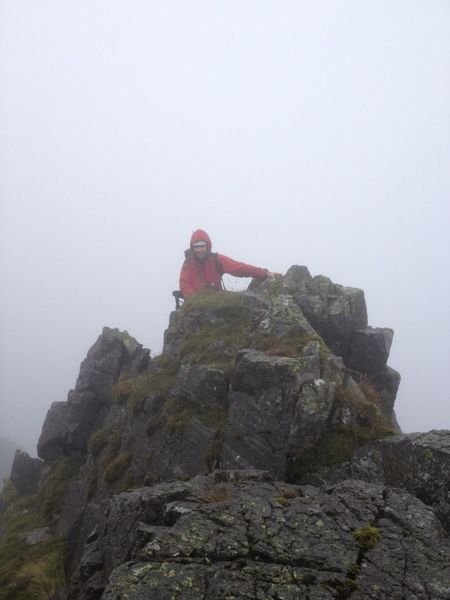 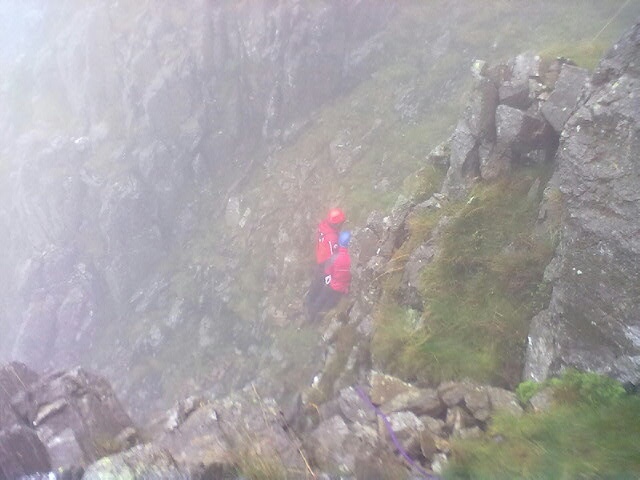 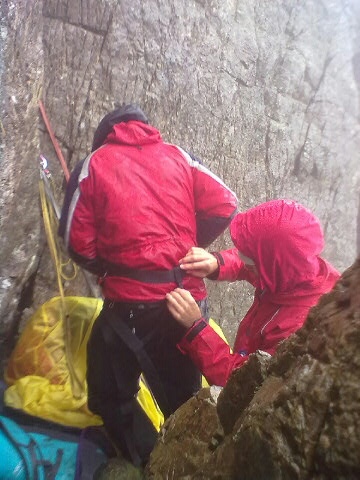 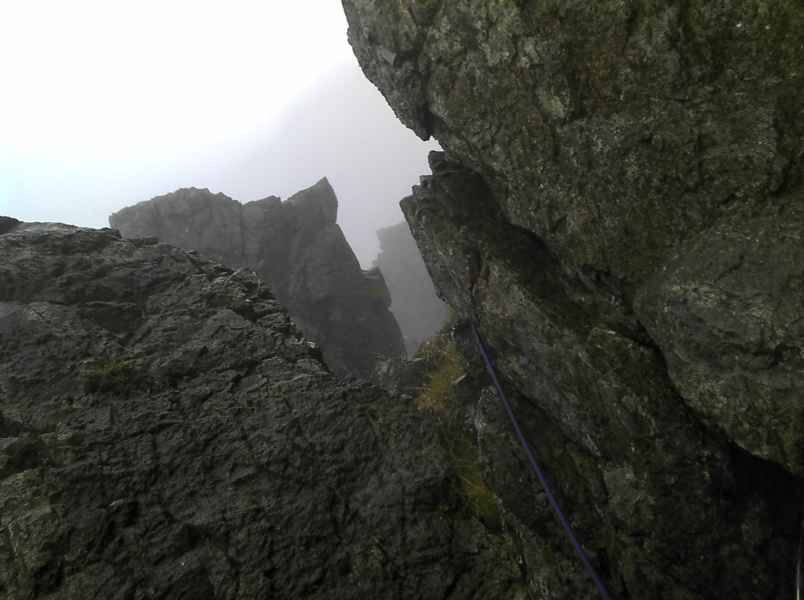 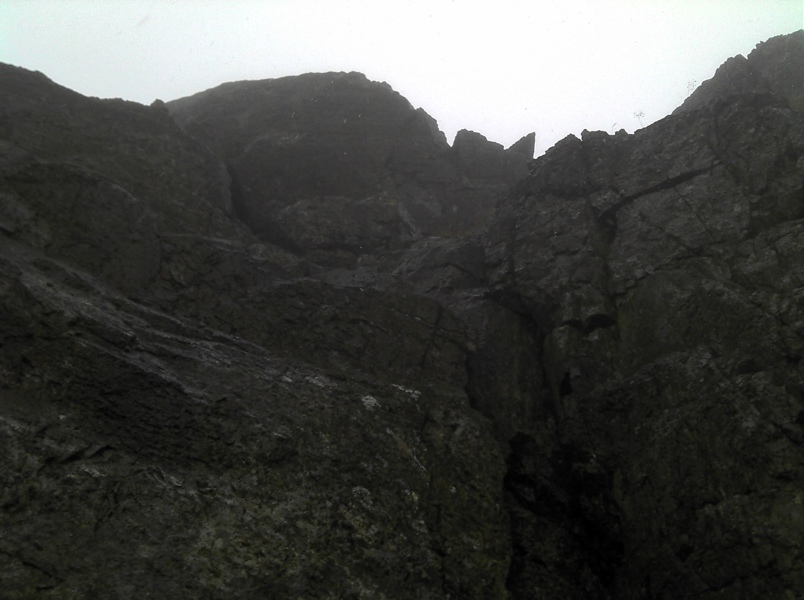 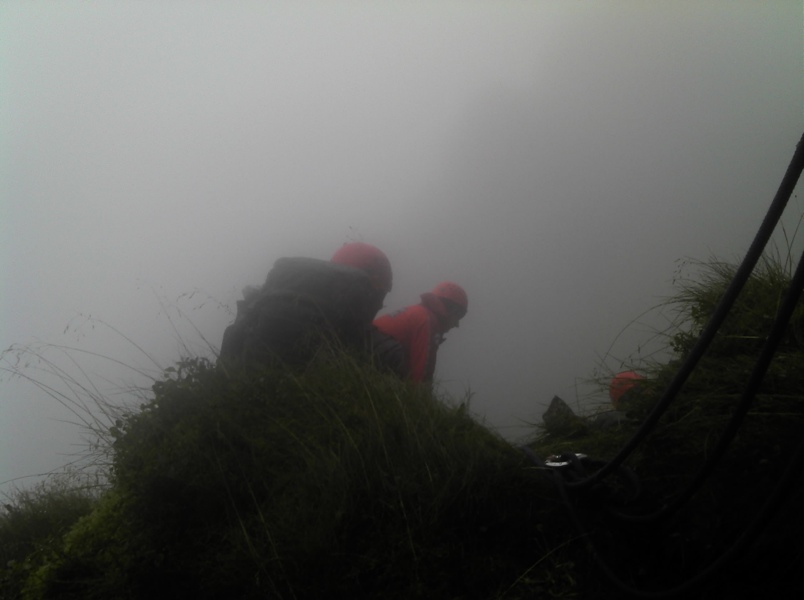