We were called by Police about a walker reporting himself crag fast whilst trying to ascend Scafell Pike. After further discussion it was determined that the walker was actually close to Straight Gill on the north face of Lingmell. Two team members who were already on the fell went to the location and confirmed his position and also stared to look for his companion who was not with the walker, but had subsequently made their own way back to Wasdale NT Campsite. In view of the possible difficulty getting the walker off the crag the Duddon Team were also called. On arriving at the top of Lingmell it was apparent it would be possible to scramble much of the way down to the walker and then bring them back up a side gully and team members started to descend to the location. At this point a second incident came in for 2 more walkers crag fast on Broad Stand. A mix of Wasdale and Duddon members descended the gully and after giving the walker a helmet and harness brought him back up to the top of Lingmell. 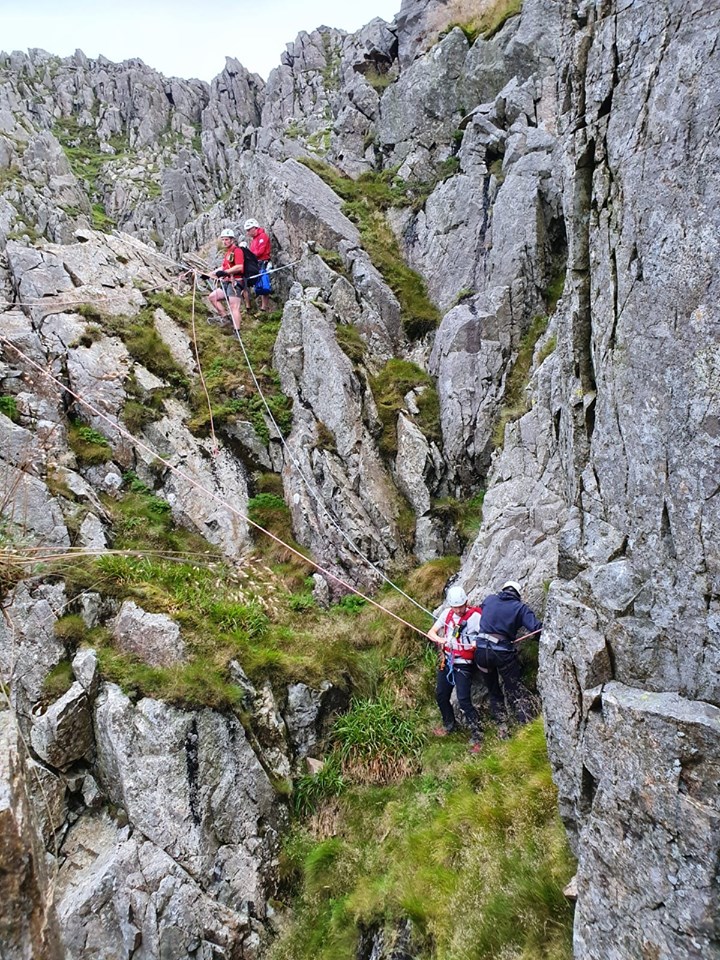 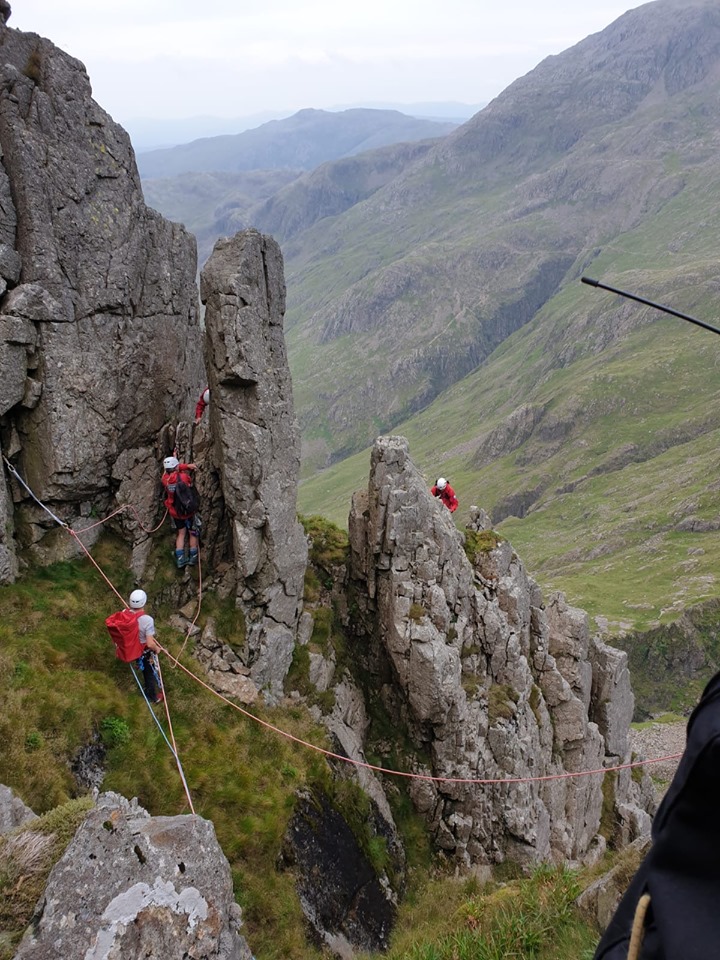