We were contacted by Police regarding a party of 4 men in their 20s who had become lost on the descent from Scafell Pike and were now stuck on a narrow ledge on steep ground. Initially it was difficult to contact the party and Keswick team who were also alerted managed to make contact and identify the group were likely in the Piers Gill area. We then mounted a full callout to find the group and evacuate them from the mountains. We were able to locate them high on the north fsace of Lingmell by the prominent gully of Straight Gill. They had climbed some way up the slope with the aid of a rope and it was difficult to access their location. Once on scene it was apparent that reliable belays were limited and a fixed rope system was established to make best use of the available anchors. We were able to get them off the crags using the rope system and then walked them down to Brackenclose before getting them back to our base. Incidient closed around 06:00 14 Wasdale team involved and 2 Keswick. 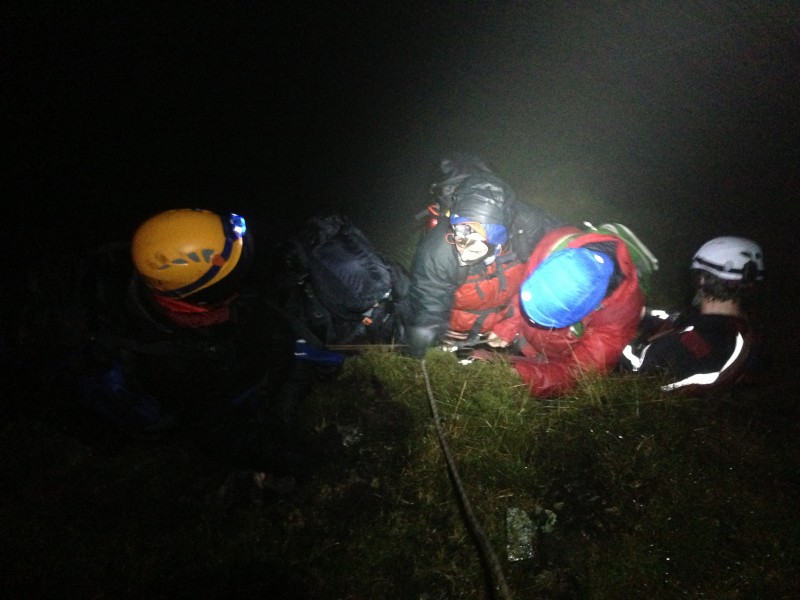 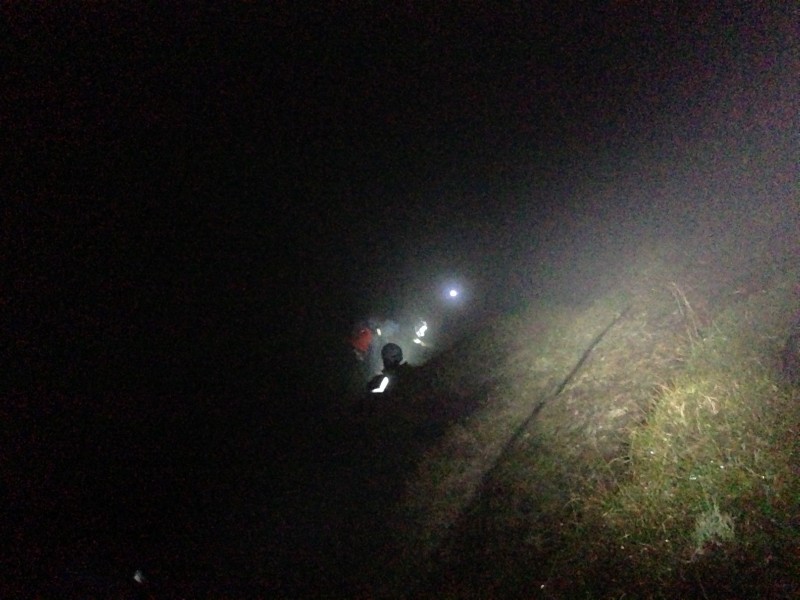 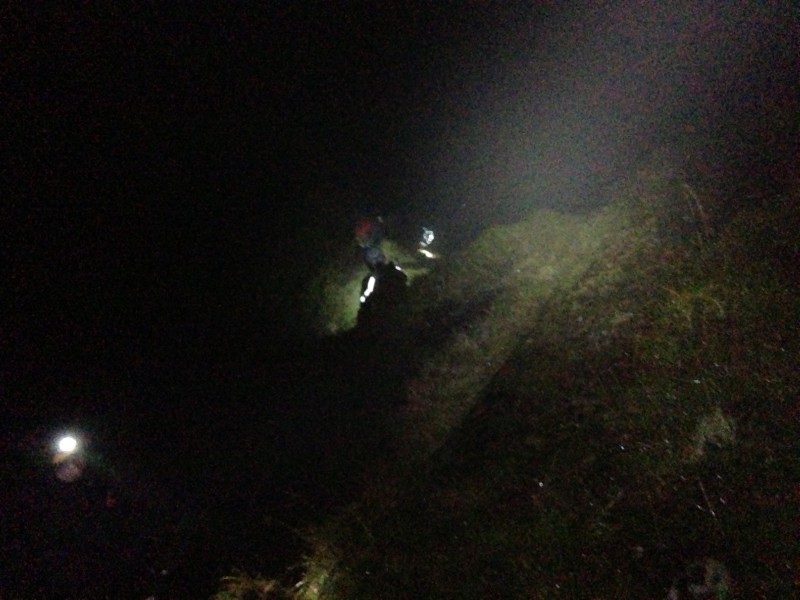 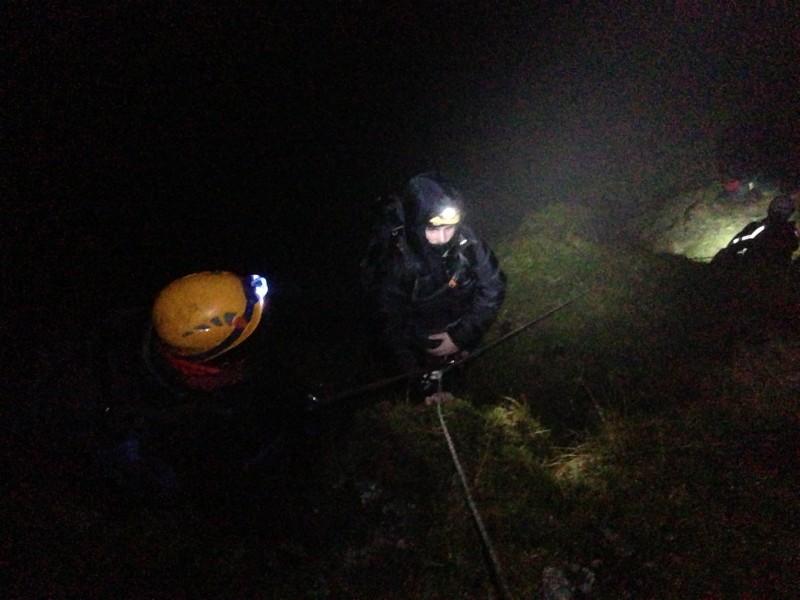 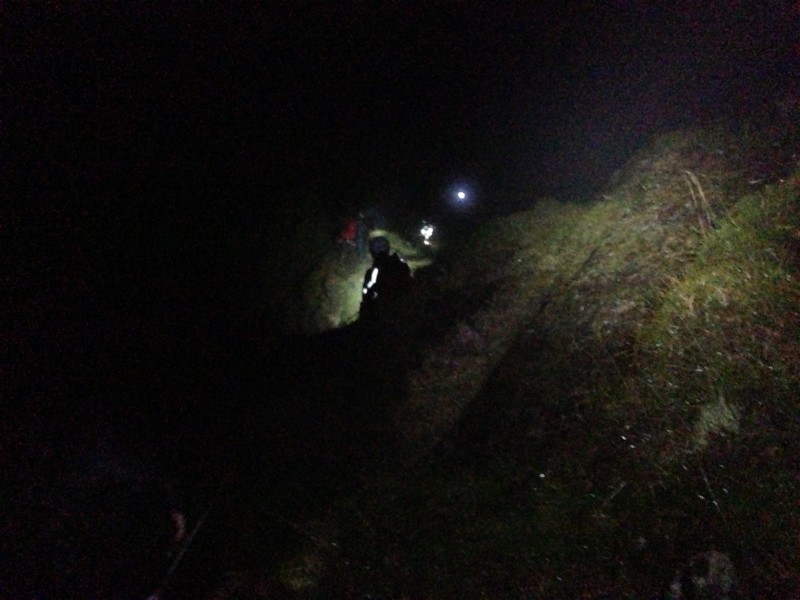 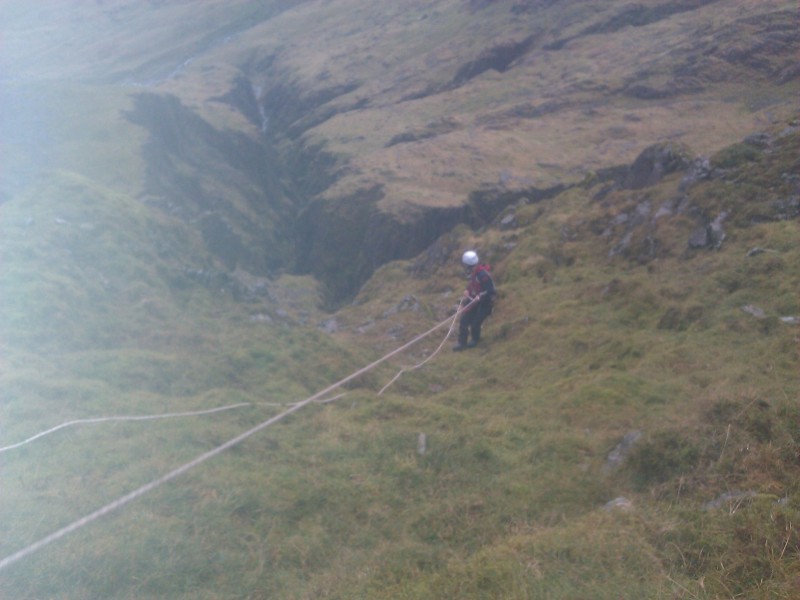 Collecting he rope that was left behind the following weekend

Incident109 in 2012 TypeFull Callout — Cragfast LocationStraight Gill, LingmellOther AgenciesKeswick MRTThis time next week one of our team members will have set off running from Pooley Bridge in the northern Lake District back to Wasdale, Read more…

Incident109 in 2012 TypeFull Callout — Cragfast LocationStraight Gill, LingmellOther AgenciesKeswick MRT As a volunteer team we are solely reliant on public donations to keep our team operational. We raise some of funds through the sale Read more…

Incident109 in 2012 TypeFull Callout — Cragfast LocationStraight Gill, LingmellOther AgenciesKeswick MRTThe team would like to say a big Thank You to Leanne Ritchie who has raised the fantastic sum of £1,150 for the team. Having Read more…