We were called by Police about a group of 2 + a dog who had become disorientated on their descent of Scafell Pike and one of the party was suffering from an ankle injury.
Their position was established using Sarloc as in the gorge at the top of the river Esk, about as far from a road as it gets in The Lakes. In view of the long, difficult nature of any stretcher carry from this position Duddon & Furness MRT were also called to help. The 2 men were found by Wasdale members and re-warmed in a group shelter before the stretcher carry started. This involved long sections of hand – over hand style movement due to the loose nature of the ground, even with Duddon members arriving all the time to help. In view of the strenuous nature of the carry assistance was requested from the RAF and a Seaking from Valley in Anglesey came up the Eskdale Valley to the cloud base to take the party of 2 to hospital near Barrow. We then had the long down back down Eskdale. Incident closed 00:30, 18 Wasdale and 15 Duddon involved. 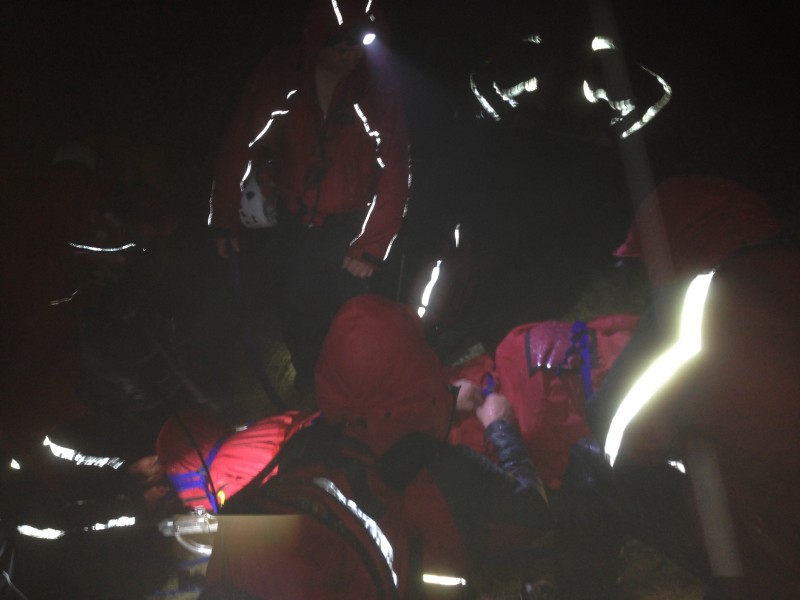 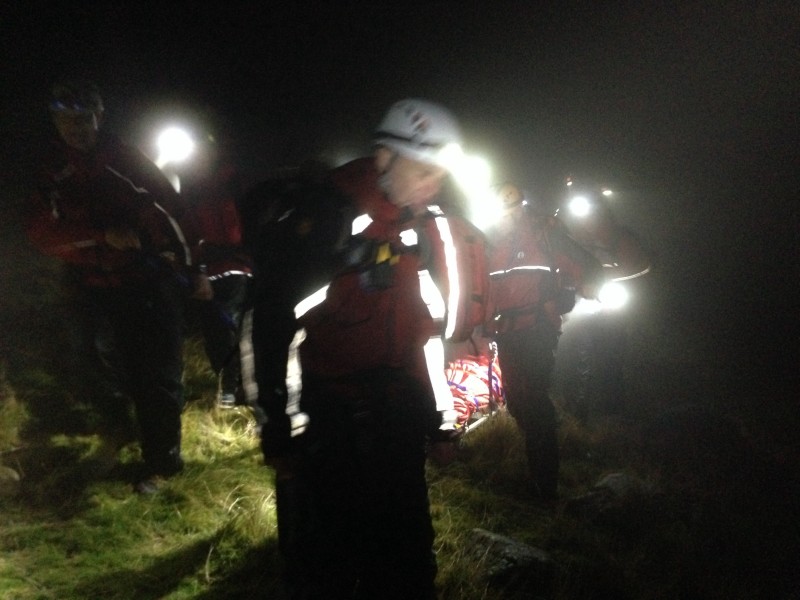 Incident97 in 2013 TypeFull Callout — Injured & Medical LocationUpper EskdaleOther AgenciesDuddon & Furness MRT, RAF ValleyDiagnosisLeg InjuryThis time next week one of our team members will have set off running from Pooley Bridge in the Read more…