The team was called out for the third time in the day to attend a pair of walkers stuck high on Wastwater Screes. A group of eight team members made their way to the casualties by ascending from the lakeside path and helped them climb the remaining hundred metres to the ridge before walking down to the valley via Greathall Gill. 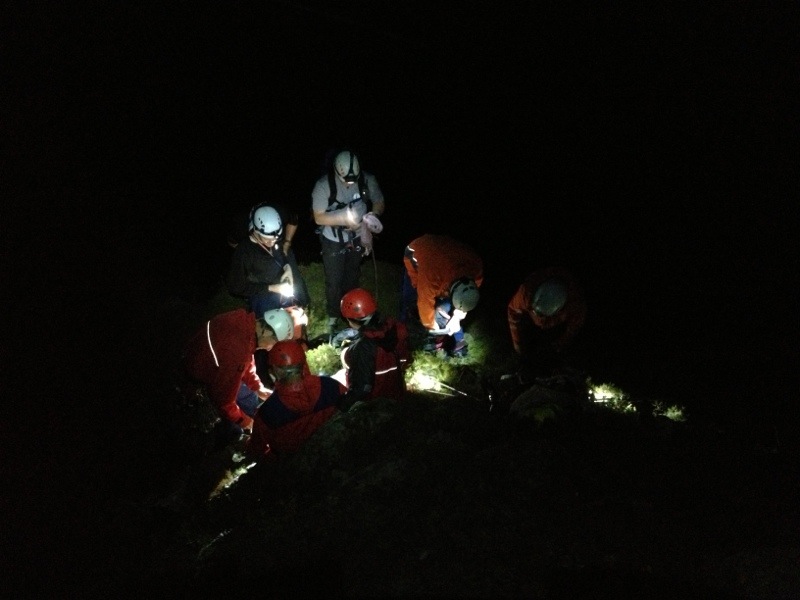 Putting harnesses and helmets on the casualties before the climb up to the ridge.

Incident56 in 2013 TypeLimited Callout — Cragfast LocationWastwater ScreesThis time next week one of our team members will have set off running from Pooley Bridge in the northern Lake District back to Wasdale, attempting to complete Read more…

Incident56 in 2013 TypeLimited Callout — Cragfast LocationWastwater Screes As a volunteer team we are solely reliant on public donations to keep our team operational. We raise some of funds through the sale of our branded Read more…

Incident56 in 2013 TypeLimited Callout — Cragfast LocationWastwater ScreesThe team would like to say a big Thank You to Leanne Ritchie who has raised the fantastic sum of £1,150 for the team. Having already completed part Read more…