The first of two jobs that came in succession today was a 999 call to the Police by a father and his son. The gentleman had damaged his knee whilst descending Scafell Pike, although he tried his best to get down the hill under his own steam, the Brown Tongue path just was too much for him.
The Team Leader was able to confirm his location via a PhoneFind and then immediately deploy casualty carers to assess his injuries whilst a stretcher party made it way to the location a little later.
The gentleman and his son who were on their own three peaks challenge, sensibly spread over the course of the week, returned to their hotel and decided to delay the rest of their challenge until another day.
Wasdale MRT would like to wish the gentlemen a speedy recovery and good luck in finishing their challenge at a future opportunity. 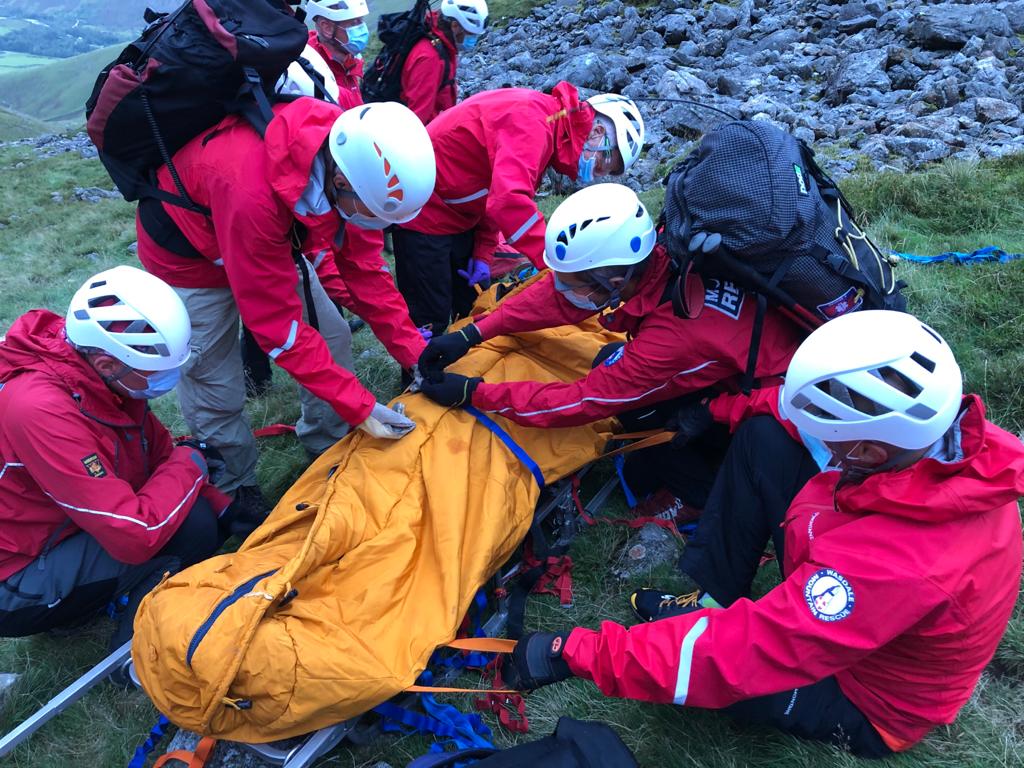 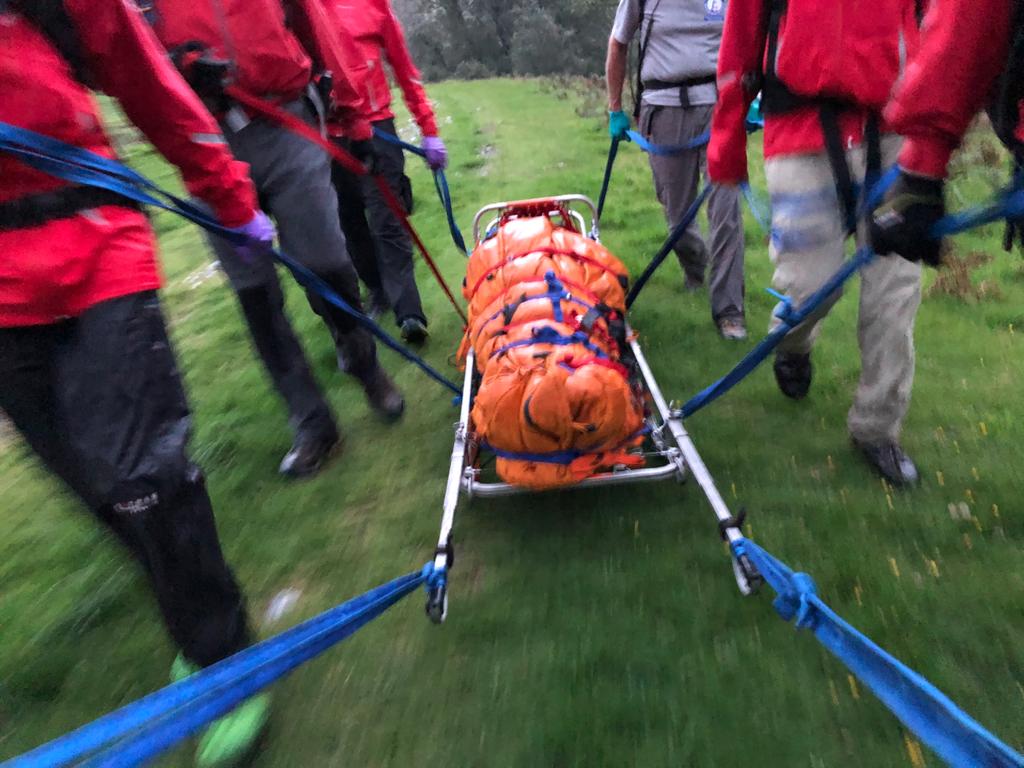 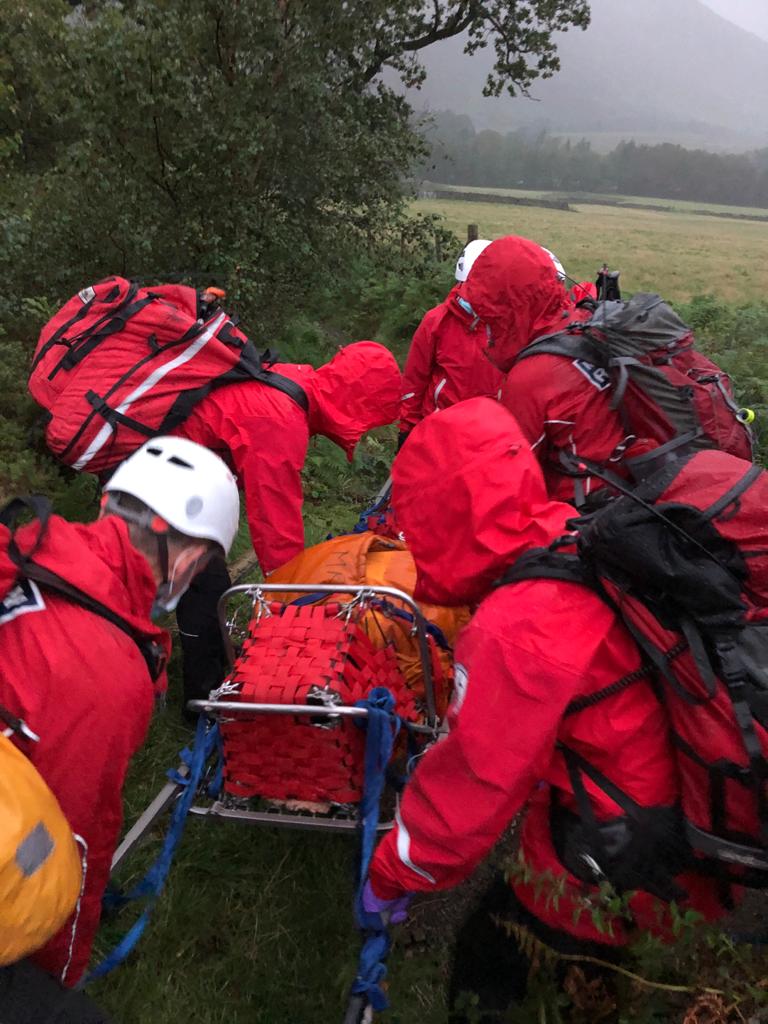 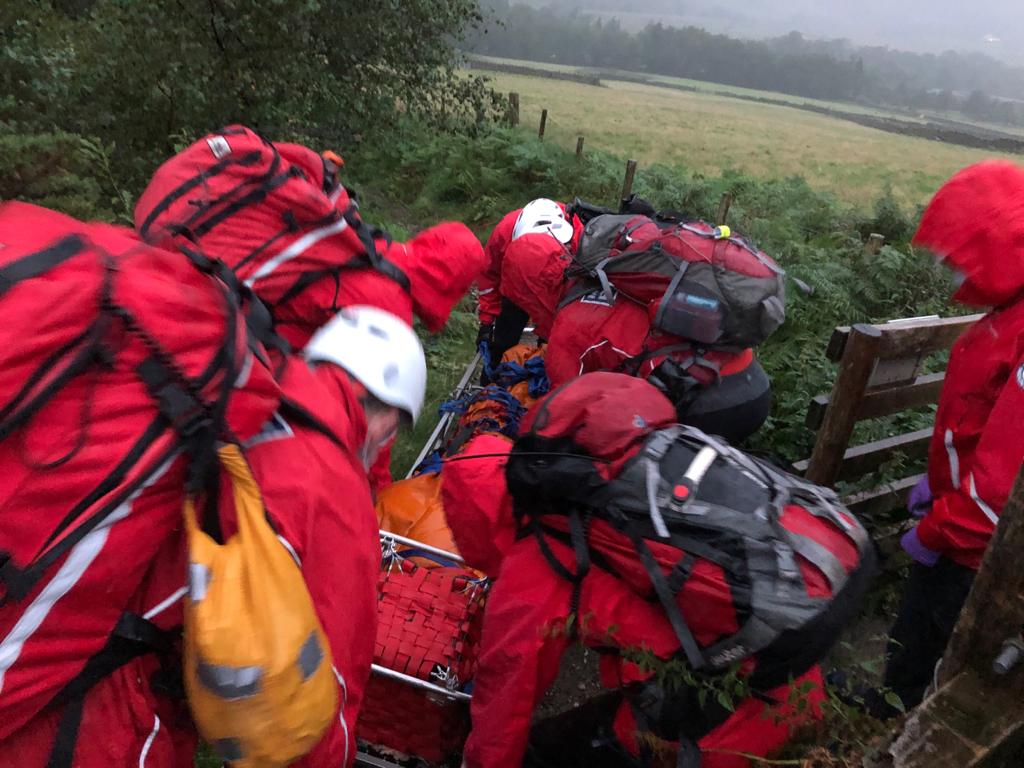 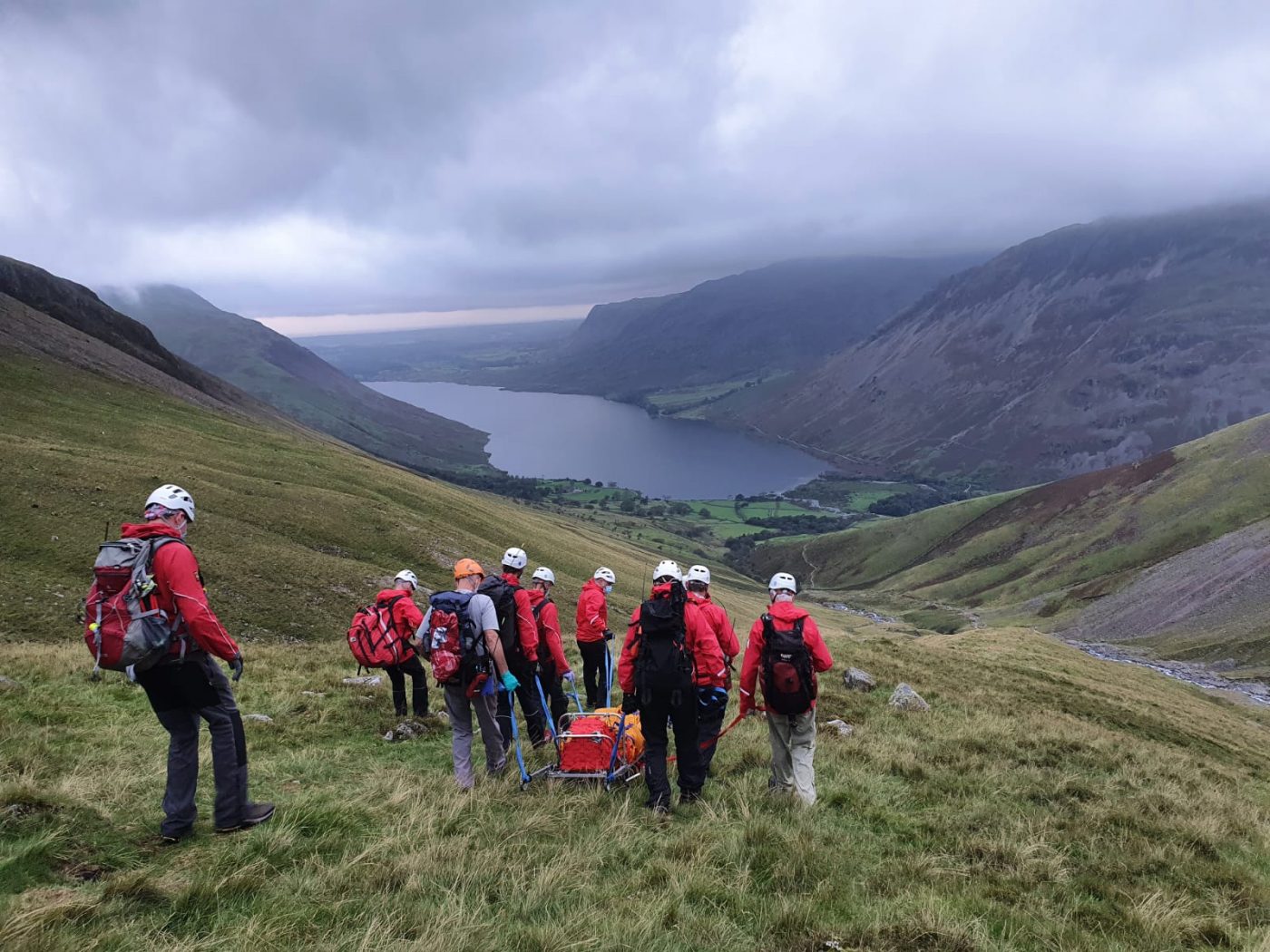 Incident56 in 2020 TypeFull Callout — Injured & Medical LocationHollowstones, Scafell PikeWeatherLow Cloud, RainDiagnosisKnee InjuryThis time next week one of our team members will have set off running from Pooley Bridge in the northern Lake District Read more…

Incident56 in 2020 TypeFull Callout — Injured & Medical LocationHollowstones, Scafell PikeWeatherLow Cloud, RainDiagnosisKnee Injury As a volunteer team we are solely reliant on public donations to keep our team operational. We raise some of funds Read more…

Incident56 in 2020 TypeFull Callout — Injured & Medical LocationHollowstones, Scafell PikeWeatherLow Cloud, RainDiagnosisKnee InjuryThe team would like to say a big Thank You to Leanne Ritchie who has raised the fantastic sum of £1,150 for Read more…