Whilst we were attending to the injured woman on Pillar we were alerted by the police about a walker on Scafell Pike who had severe cramp and was unable to descend. Once the first casualty was stablised the Sea King from RAF Boulmer winched four team members aboard and carried them to Scafell Pike to attend to the walker with cramp (this would have taken at least a couple of hours on foot). After the helicopter had taken the first casualty to Carlisle Infirmary it returned to carry the second casualty and the team members to Wasdale Head. 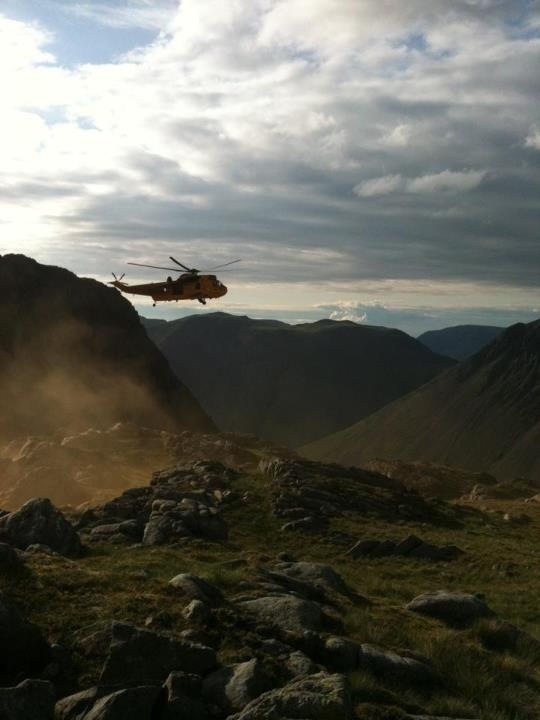 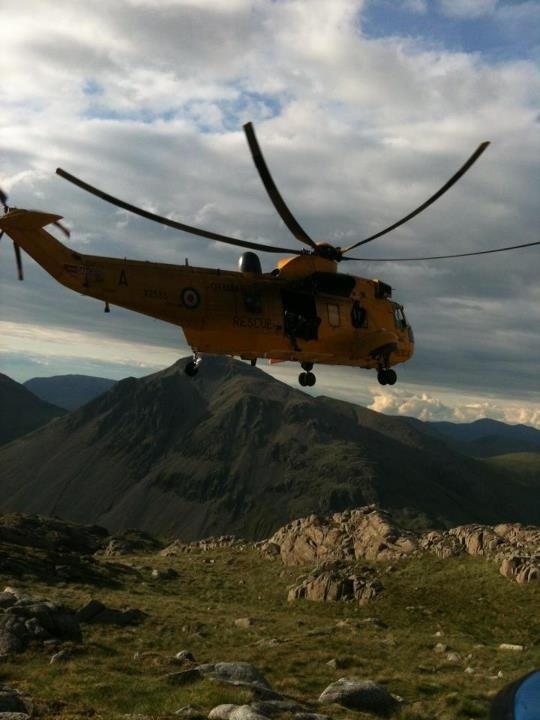 The Sea King from RAF Boulmer 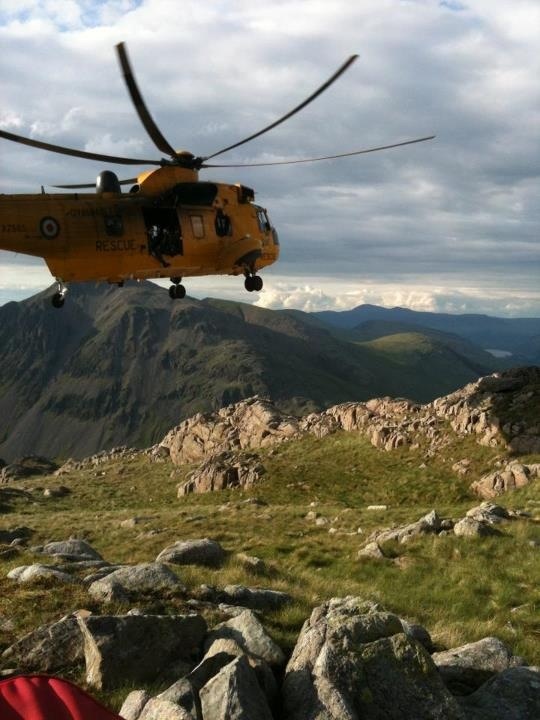 The Sea King returning to pick up from Scafell Pike 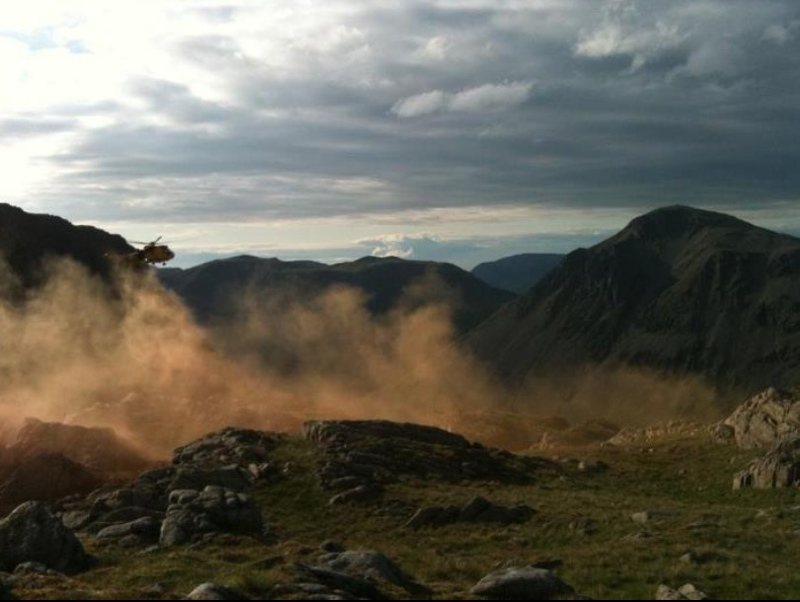 Smoke to indicate the wind direction

Incident45 in 2012 TypeFull Callout — Injured & Medical LocationBroad Crag Col, Scafell PikeDiagnosisLeg InjuryTaggedThree PeaksThis time next week one of our team members will have set off running from Pooley Bridge in the northern Lake Read more…

Incident45 in 2012 TypeFull Callout — Injured & Medical LocationBroad Crag Col, Scafell PikeDiagnosisLeg InjuryTaggedThree Peaks As a volunteer team we are solely reliant on public donations to keep our team operational. We raise some of Read more…

Incident45 in 2012 TypeFull Callout — Injured & Medical LocationBroad Crag Col, Scafell PikeDiagnosisLeg InjuryTaggedThree PeaksThe team would like to say a big Thank You to Leanne Ritchie who has raised the fantastic sum of £1,150 Read more…