We were initially called by NWAS and later by Police for a walker who had fallen, possibly due to medical factors and injured his face. He was initially attended by paramedics from London who were also walking in the area and able to offer initial help and invaluable information for the team. There was a regional training exercise ongoing in the Wasdale base at the time and team leaders from Kirby Stephen, Kendal and Cockermouth teams accompanied us on the fell with more from Duddon and Furness and Langdale teams in the control room. The casualty was walked down to a waiting ambulance and taken to hospital. Incident closed 17:00. 12 WMRT, 3 KSMRT, 3 KMRT, 4 CMRT, 1 DFMRT & 1 LAMRT involved. 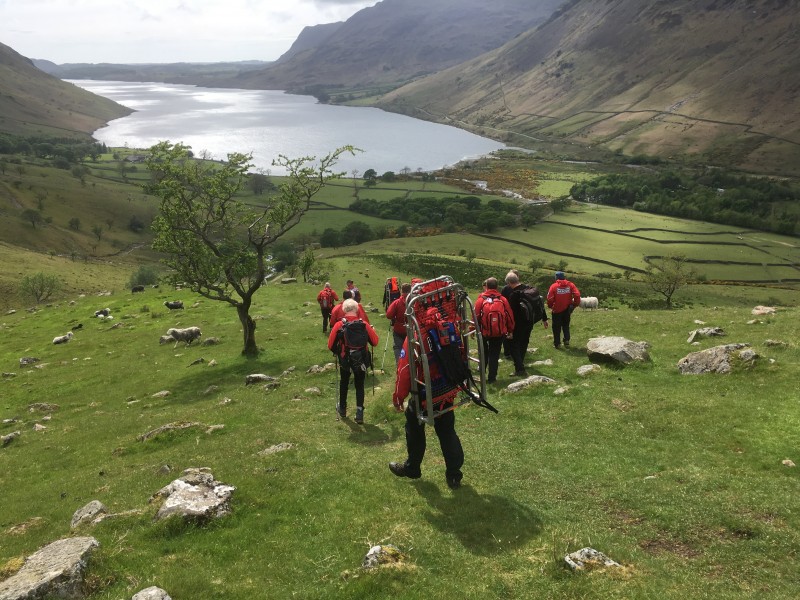