On Sunday morning the Team was informed by NWAS that a gentleman had become seriously ill whilst descending from Scafell Pike summit. Due to the seriousness of the situation the Team Leader immediately requested the support of Helimed (GNAAS) to get a Doctor on scene asap, R199 (HM Coastguard SAR Prestwick) in case the casualty needed winching and members from Duddon & Furness MRT in case there was a need for a difficult or protracted stretcher carry.

Whilst the Team were being deployed a member of the Cumbria Ore Mines Rescue Unit (COMRU) who had been running the Wasdale Horseshoe and happened to be in the vicinity offered their assistance and thus attended as well.
Helimed was able to touch down on the hill near Hollow Stones, above the casualty site and get the medical crew on scene just as the first members of WMRT were arriving. When the Doctor and Paramedic were ready for the casualty to be moved, Team members were then able to stretcher the casualty further up the hill to where R199 was waiting and then immediately transfer the casualty to Hospital.

WMRT would like to thank DFMRT, COMRU, GNAAS and R199 (Prestwick) for their quick response and helping to get the casualty off the Hill and on route to Hospital. A further note of thanks to the COMRU member, who after supporting WMRT all afternoon returned back up the hill to rescue a misplaced mobile phone belonging to one of the Helimed crew members. 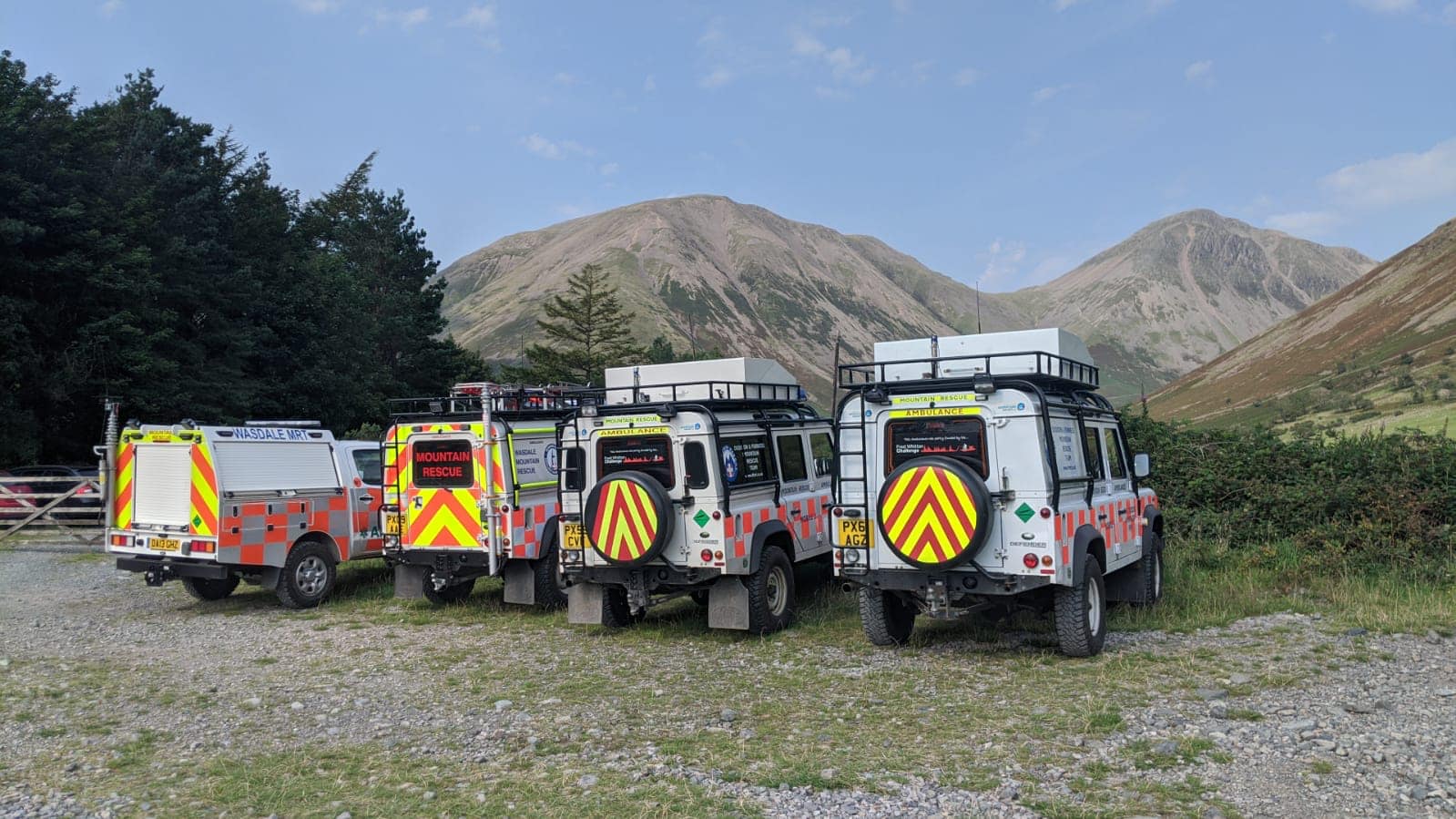 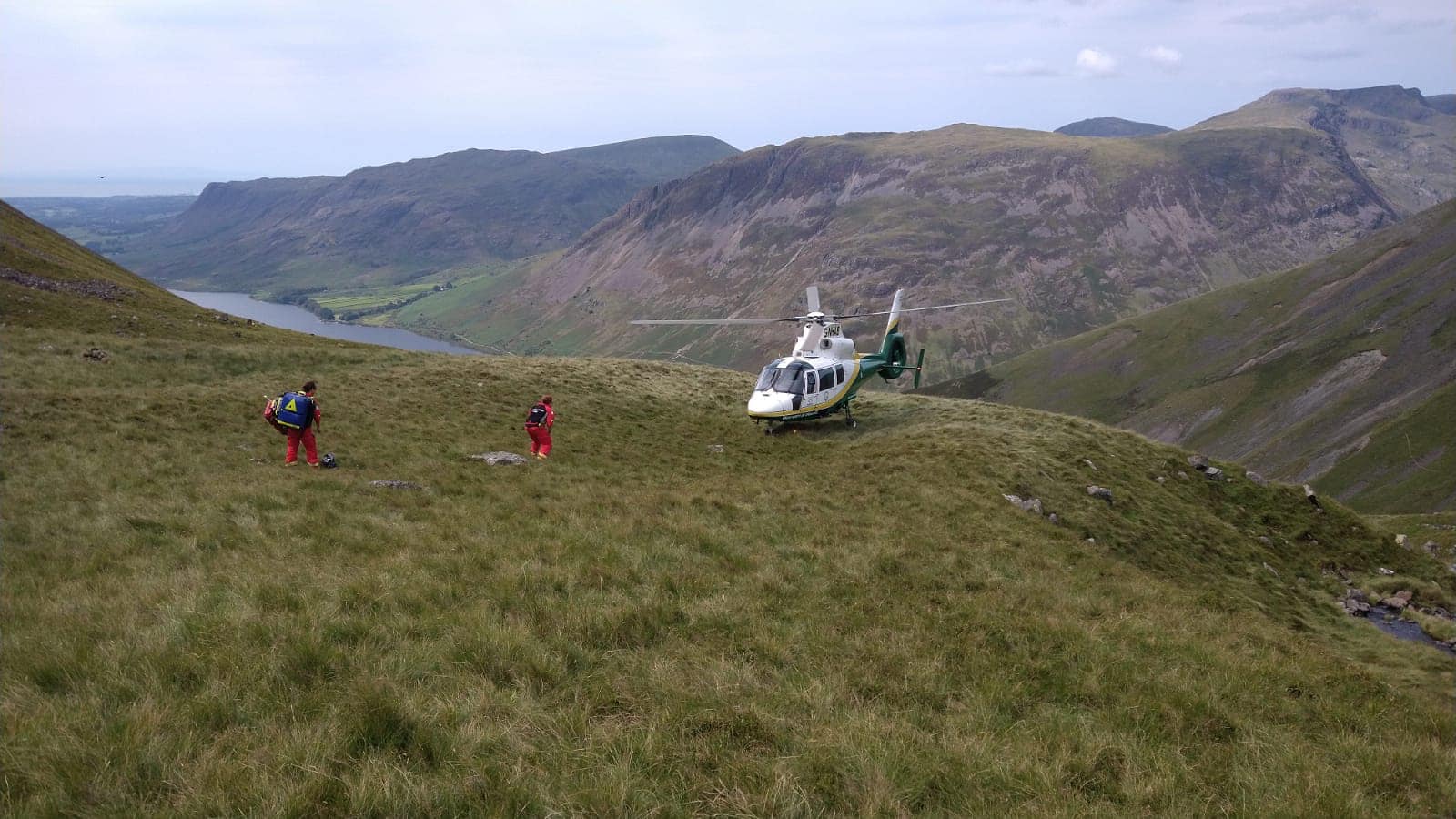 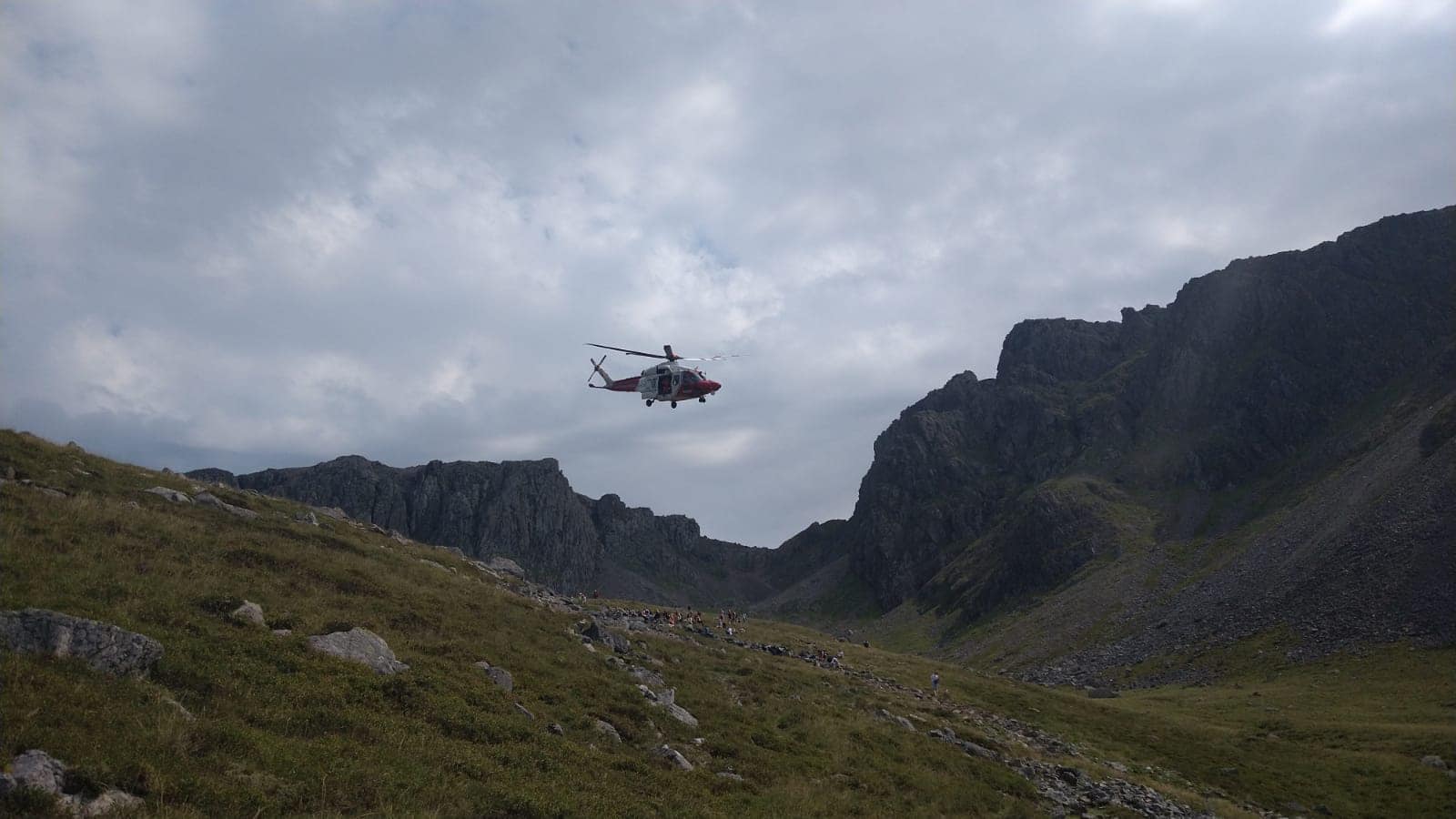