We were alerted by Cumbria Police to an urgent call. A lone walker had been observed by other nearby walkers to have collapsed and was unconscious. The walkers tried to resuscitate the person and called for help. The location was high up on the Scafell massif at the top of Calf Cove. Due to the location and urgency GNAAS support was requested and Helimed 58 attended. They were quickly on scene but despite all their efforts tragically there was nothing they could do to save his life. The crew of Helimed 58 were subsequently able to recover the walker back to Brackenclose where the aircraft was met by some of the team. Our thoughts are with the friends and family of the deceased, and also with the passing walkers who assisted at the scene and made the initial call for help. 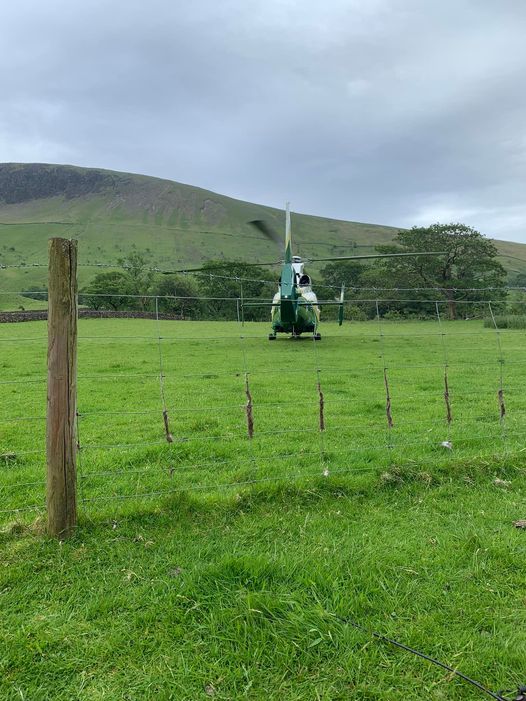