A call came in at 20.57 from a lone male with severe cramp, unable to move and very frightened. Police tracking had located the casualty at the far end of Upper Eskdale, given the location, the team took an early decision to ask for assistance from the Coastguard Helicopter as well as asking for a back up ground team from Duddon & Furness MRT.

The Wasdale team members were split into two groups to approach the casualty on foot from Wasdale and Eskdale. The helicopter located the casualty, picked him up and delivered him to the Eskdale search group close to Taw House farm. This saved a long night of searching and stretcher carry for all concerned.

A taxi was arranged for the casualty to take him to Borrowdale.

Thanks to Duddon MRT for their support on a miserable night, and the coastguard for their assistance on this incident. 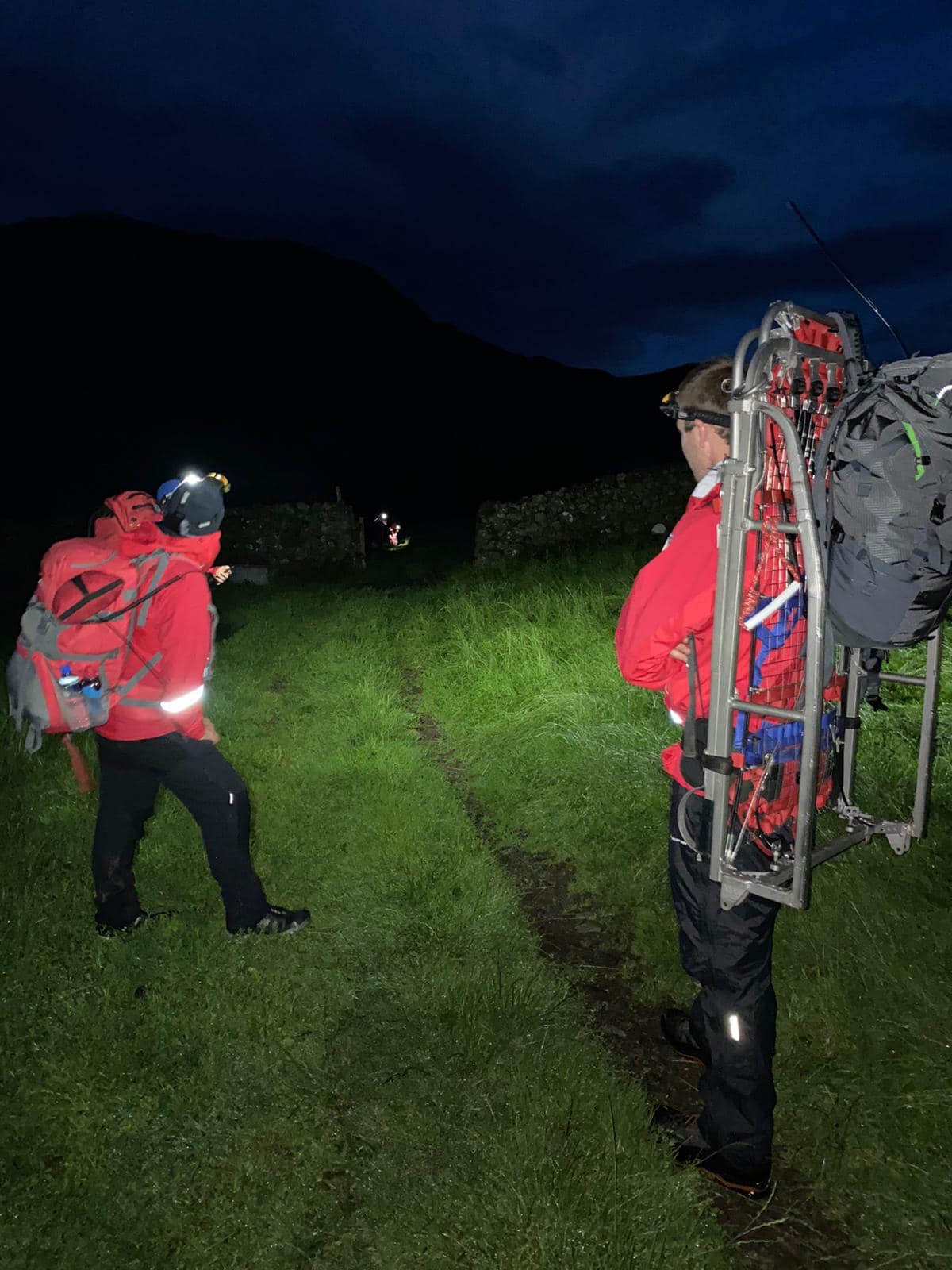