The team were called by Cumbria Police to say some walkers on the Sty Head path reported flashing lights to the south of them. While the team leader was trying to contact them, a further call came in from NWAS to say there was a report of a missing walker with possible injuries on the Corridor Route of Scafell Pike, “phonefind” put them at the Greta Gill crossing on the Corridor Route.

Despite extensive questioning of the group whose friend was missing, there was confusion over their location as they described descending Mickledore and being in Hollow Stones, then talked about intending to do a scramble on the way down. However, the description of their location tallied with the phonefind, although this is not infallible.

The friend had gone ahead around “a blind corner”, they had lost sight of him and could not make contact. Given that this is an accident black spot, it was felt that there was a high probability that the friend had fallen into Greta Gill and sustained serious, maybe fatal injuries.

The team were called out, as were Duddon and Furness team – again – as a stretcher carry from this spot is very difficult. A coastguard helicopter with winching capability was also requested, but as ever, the team still has to mobilise as there are no guarantees that the helicopter will not be called away to another incident. This in fact happened whilst they were en route from Prestwick, and another helicopter from Caernoarfon was tasked to assist us.

The team met 2 walkers at Burnthwaite, heading for Brackenclose, who described coming down from Hollow Stones, and believing that one of the party they had met on the hill had a leg injury.

The team made their way up towards the Corridor Route from Gavel Neese, searching as they went and were joined by the helicopter who started their search of the area.

A second Duddon and Furness Team vehicle went to Brackenclose to talk to these two walkers. Eventually it transpired that one of the walkers that the team had met at Burnthwaite was the missing person, who had crossed the “bad step” but could not get back again, so continued and descended to Wasdale via Spouthead Gill. He was uninjured. We don’t know if he attempted to let his friends know he was OK and walking off.

The remaining walkers were escorted off the hill via Lingmell Nose, where one of them twisted an ankle, but managed to walk down with difficulty. All teams were then stood down.

Many, many thanks to Duddon and Furness team, and the 2 helicopter crews. 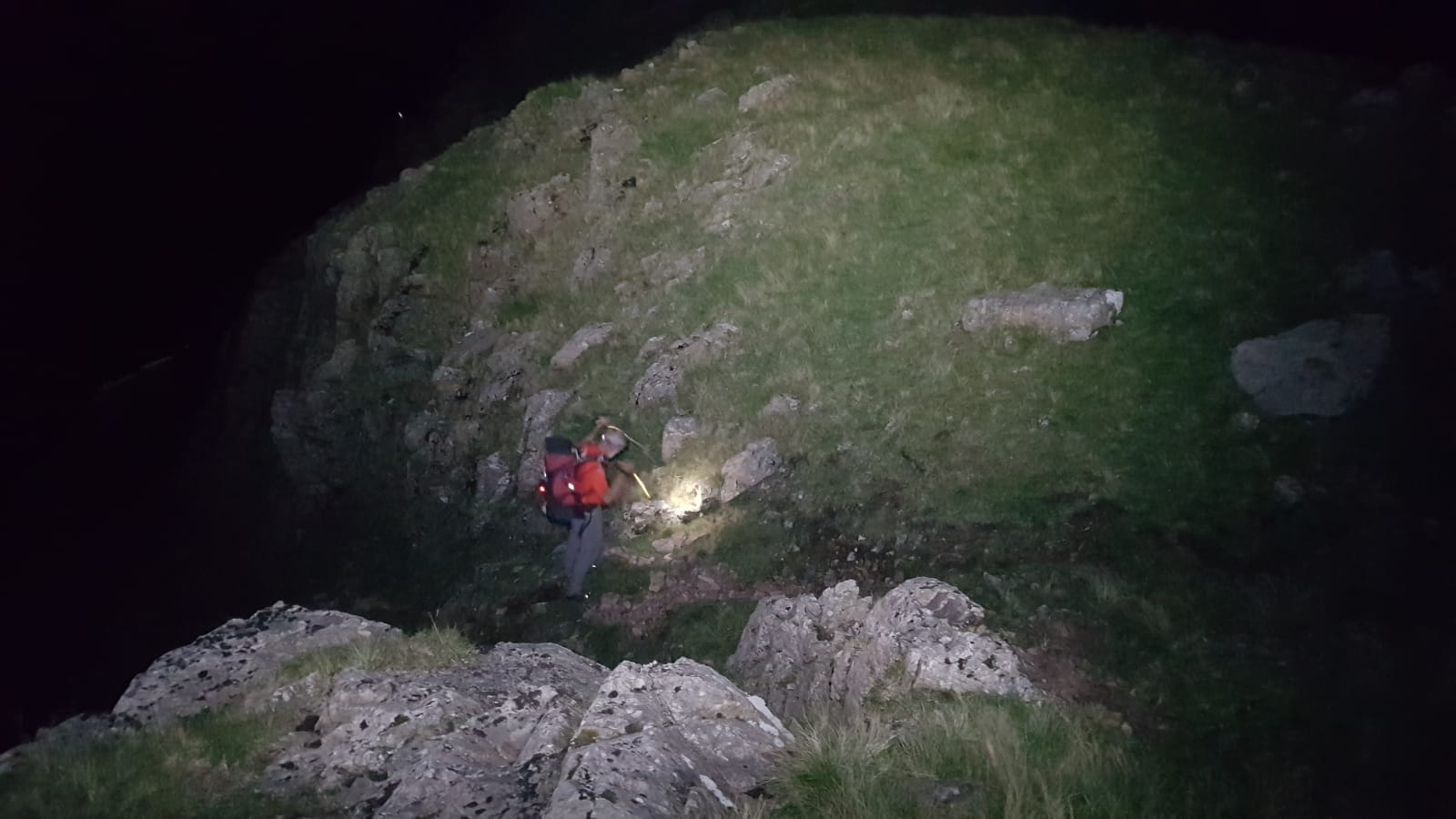 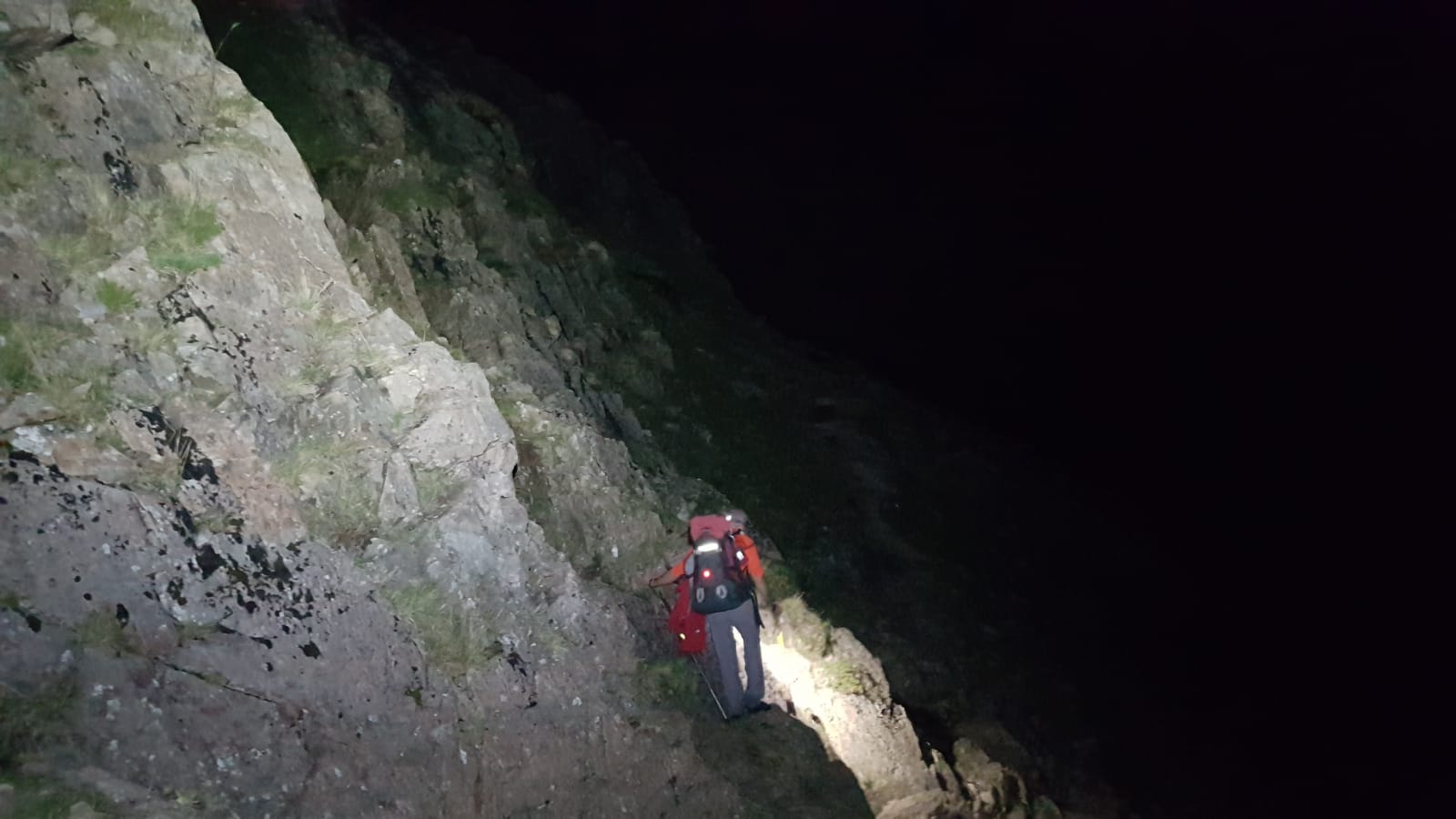