We were called by Police about a walker who had a lower leg injury sustained whilst descending from Scafell Pike towards Lingmell Col. The Great North air ambulance arrived first and provided medical treatment for the injured man before helping to ferry team members up to the scene to assist with carrying him to the aircraft.
Incident closed 21:00, 17 team members involved. 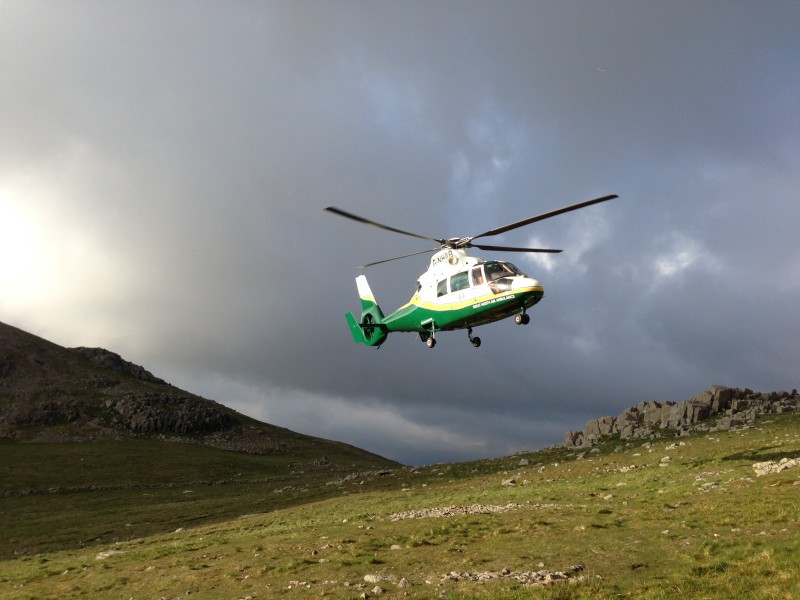 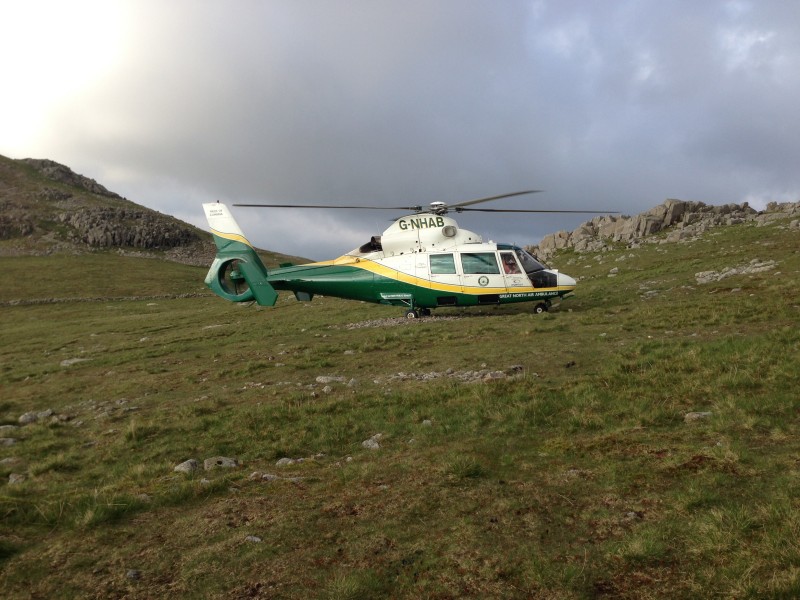