We were called by Police about a climber who was reported to have fallen whilst on the flake pitch of Central Buttress on Scafell and sustained head injuries. In view of the potential serious nature of the incident an RAF Seaking helicopter was called along with support from DFMRT’s crag team. On walking up to the Woolworth boulder we were surprised, but relieved to find the climbers walking down the path after managing to abseil off the route. The injured climber had a bad cut to the head and had suffered temporary loss of consciousness but was now walking again. The team doctor assessed the injuries after which RAF Boulmer took the man to Carlisle Infirmary for further treatment. Incident closed 06:00, 13 WMRT involved. Thanks to Boulmer and DFMRT for their assistance. 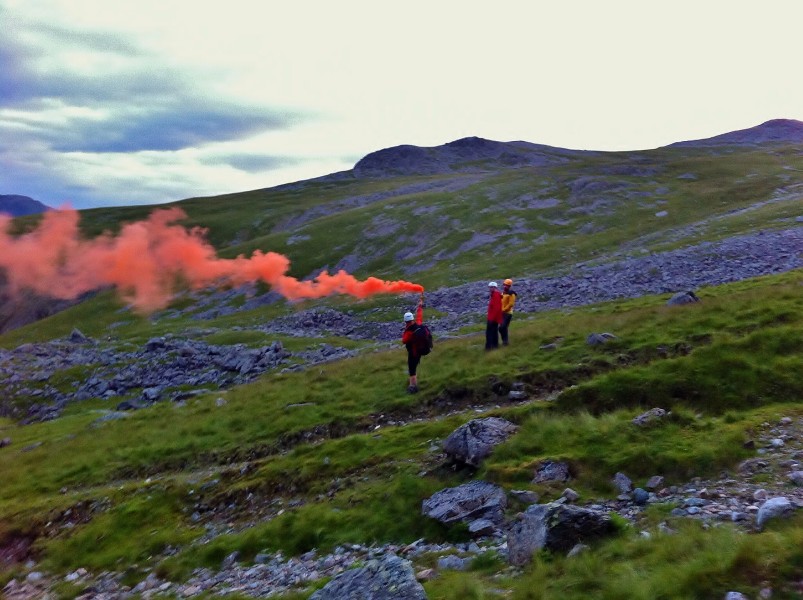 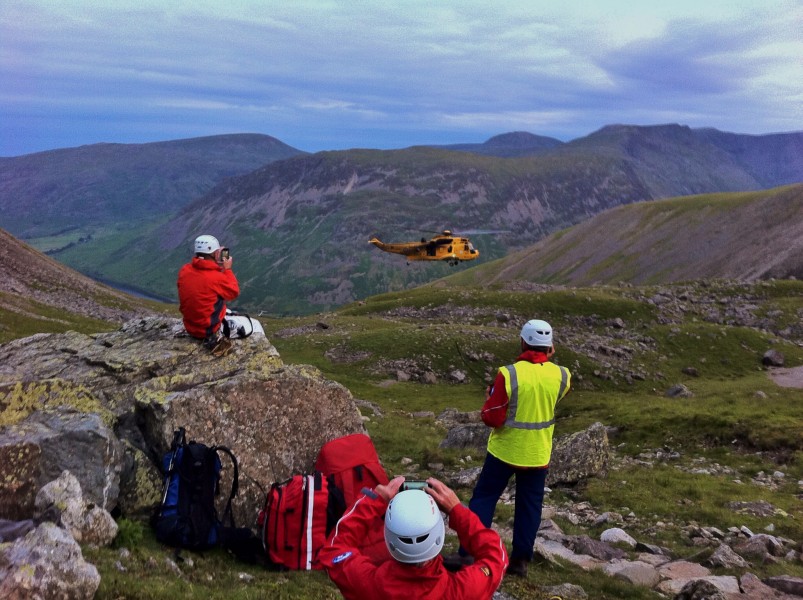