We were called by Police about 2 walkers who had become separated whilst ascending Scafell Pike and one had failed to turn up back at their car. In view of the freezing temperatures that night and poor forecast for the next morning it was decided to mount a search that night. As the point last seen was somewhere near Esk Hause, implying the missing walker may have gone in many different directions the Langdale team also came out to check the Angle Tarn route and an S-92 helicopter from Prestwick also joined the search. Unfortunately nothing was found.

The search was ramped up in the morning with Keswick and Duddon & Furness teams joining along with the Lake District Mountain Resce Search Dogs and a fresh S-92 from Caernarfon. As the rescuers were starting to deploy onto the mountain the missing walker made their own way into the Old Dungeon Gill Hotel in Langdale and after some medical attention was reunited with their walking partner. Incident closed 10:30 on 1/4/16. 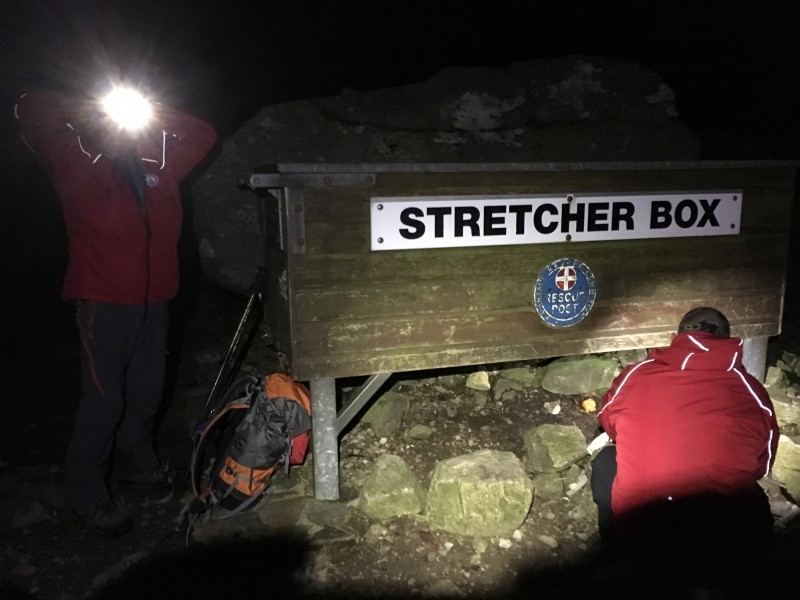