We were called by Police about shouts for help heard in the area of Mickledore / Broad Stand by 2 separate informants. Given the potential seriousness of incidents in this area we responded with a callout. Fortunately RAF Boulmer were in the area on the last ever training session with Lakes MRT and came over to help get us and equipment well up Scafell. We searched around the Broad Stand / Scafell crags area but found no trace of anyone needing assistance. Another team member waiting in the valley they came across a walker making difficult progress down off the mountain due to a leg injury. The walker confirmed he had been shouting for help but was unsure of his location at the time. We stood down and returned to base. 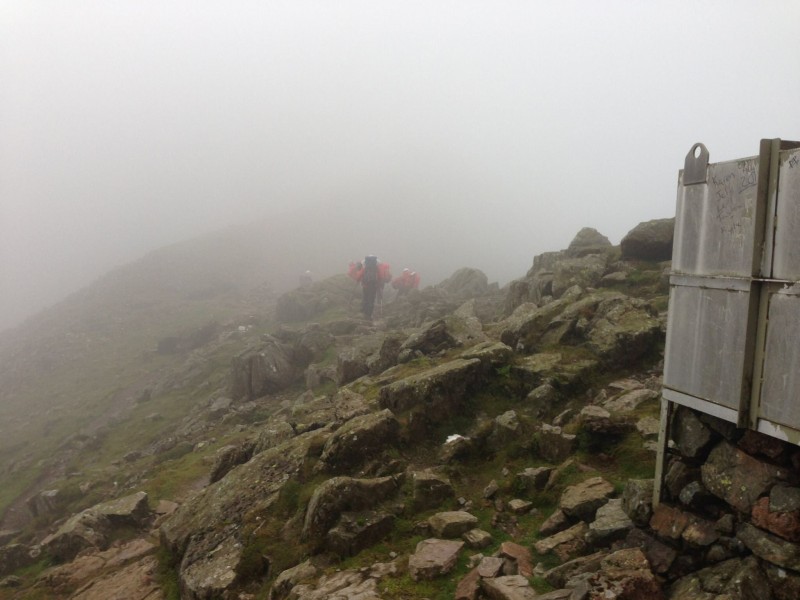 Incident81 in 2015 TypeFull Callout — Injured & Medical LocationScafellOther AgenciesRAF BoulmerMembers of the team were delighted and humbled to meet up once more with Allan and Marie Brown. The Brown family and friends have been Read more…

Incident81 in 2015 TypeFull Callout — Injured & Medical LocationScafellOther AgenciesRAF BoulmerSome of our members were out and about in Whitehaven & Egremont today fundraising for the team. It was great to meet you all on Read more…

Incident81 in 2015 TypeFull Callout — Injured & Medical LocationScafellOther AgenciesRAF BoulmerTeam members will be at Egremont Farmers market this coming Friday 3rd December from 9.30am. Team merchandise will be available to purchase to raise funds Read more…