A party of hill walkers in a remote area of Upper Eskdale reported that a member of their party was unable to proceed due to pain in both knees. Due to the initial availability being low and the possibility of being a protracted and difficult stretcher carry from the most remote part of WMRT’s area of responsibility, both HM Coastguard and DFMRT support was requested.

HM Coastguard Rescue 199 was immediately deployed from Prestwick and were able to be on scene within 40 minutes. The casualty party of three were then transferred to WMRT base allowing team members to return to their families and homes.

Thank you again to the aircrew at HM Coastguard and DFMRT for all their support. 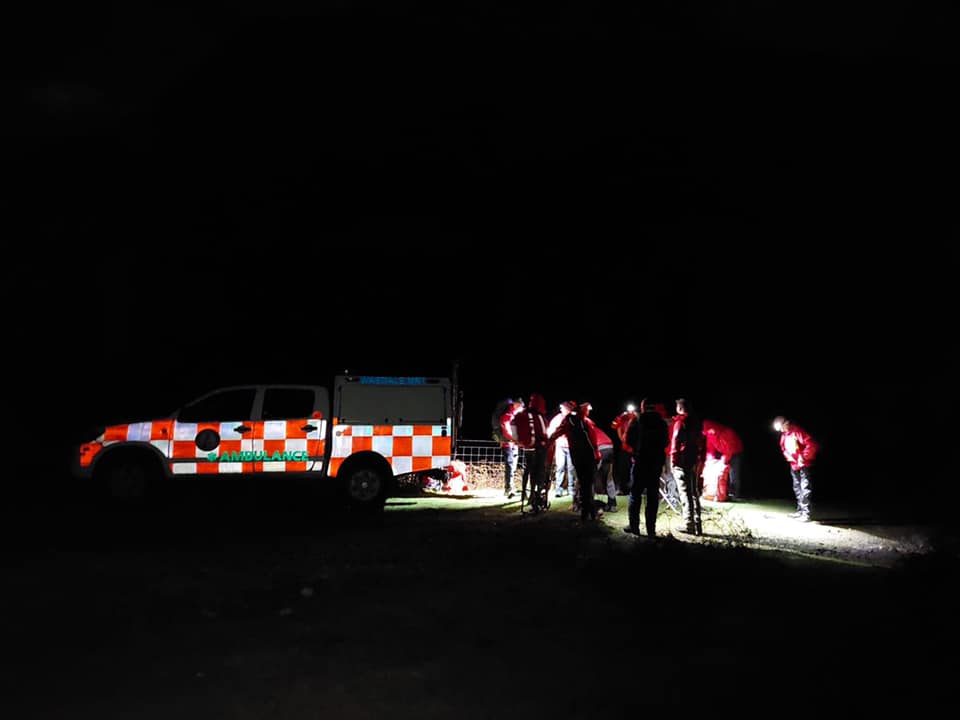