We were alerted by Cumbria Police about a walker who had sustained a knee injury on the lakeshore path on Wastwater.
The team had already planned a training exercise that evening using the boat in that area, and practicing extrication on the steep boulder fields.
The couple had been advised by more than one group that it was a suitable cycling route – we would disagree! – see photos. However, the injury was not sustained whilst cycling. The casualty was treated and transported across the lake by boat to a waiting ambulance. 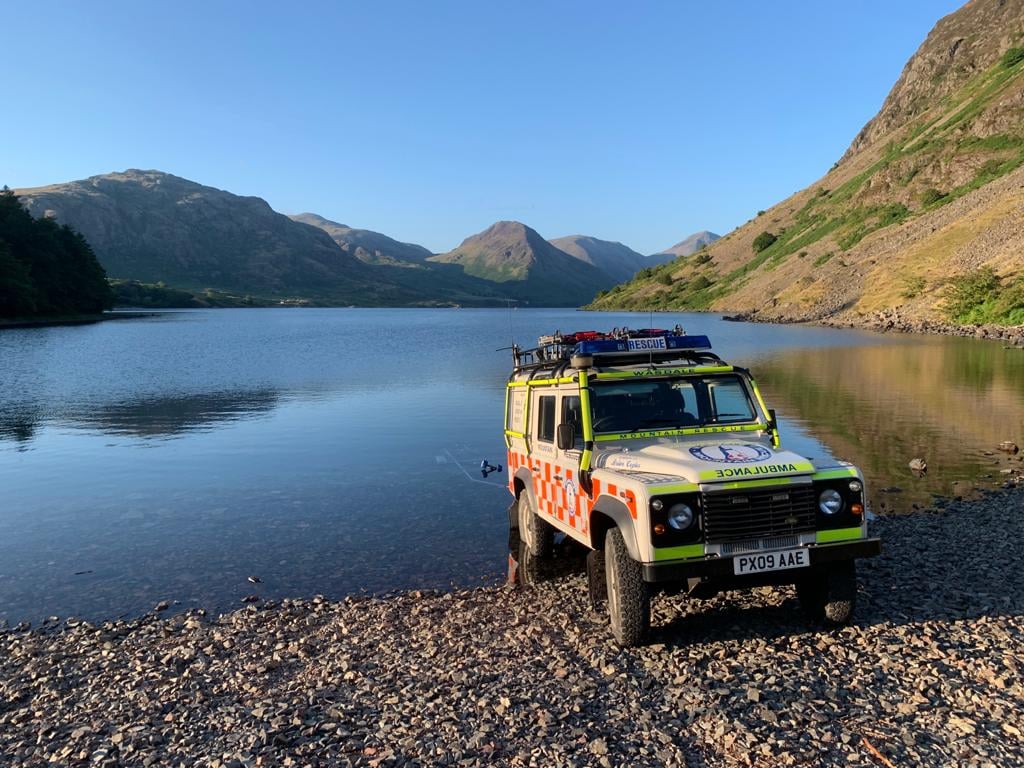 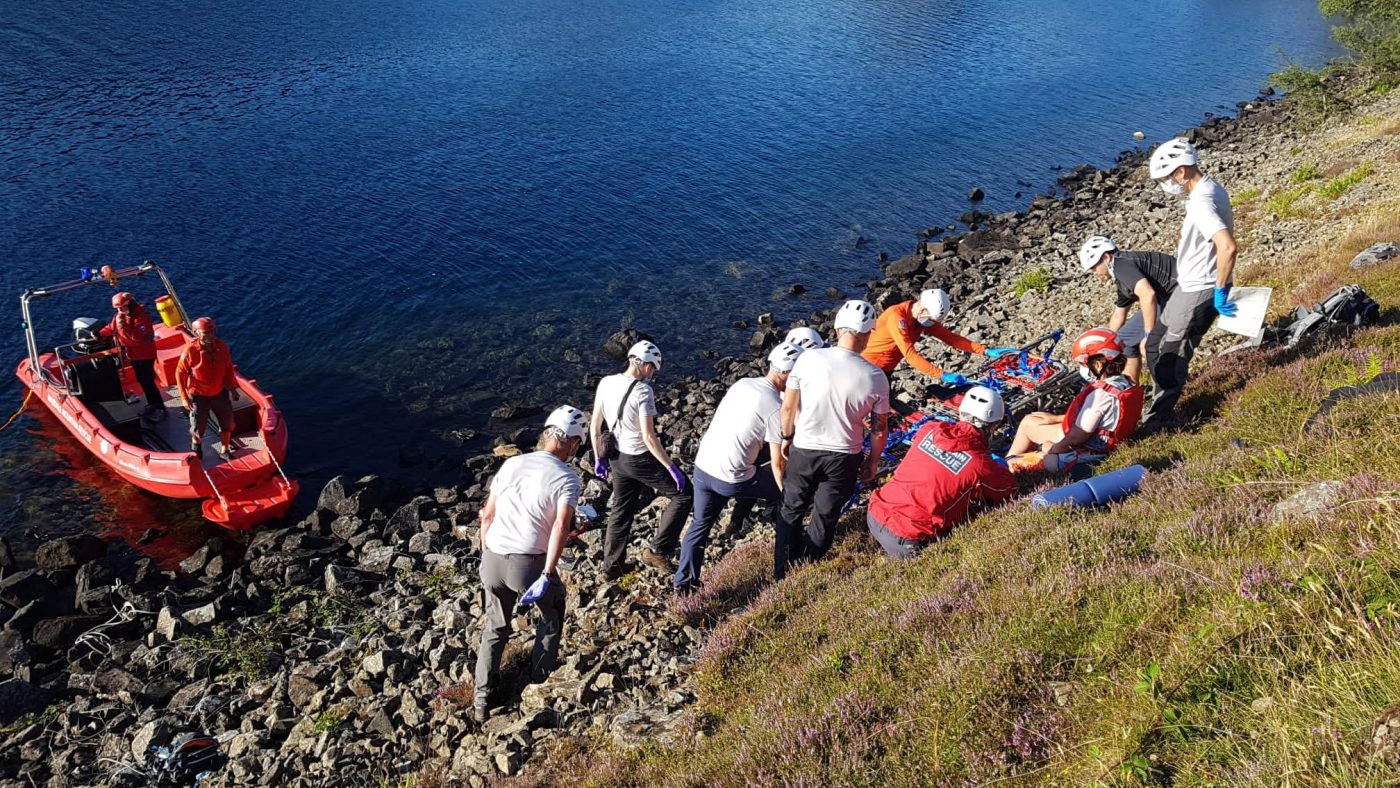 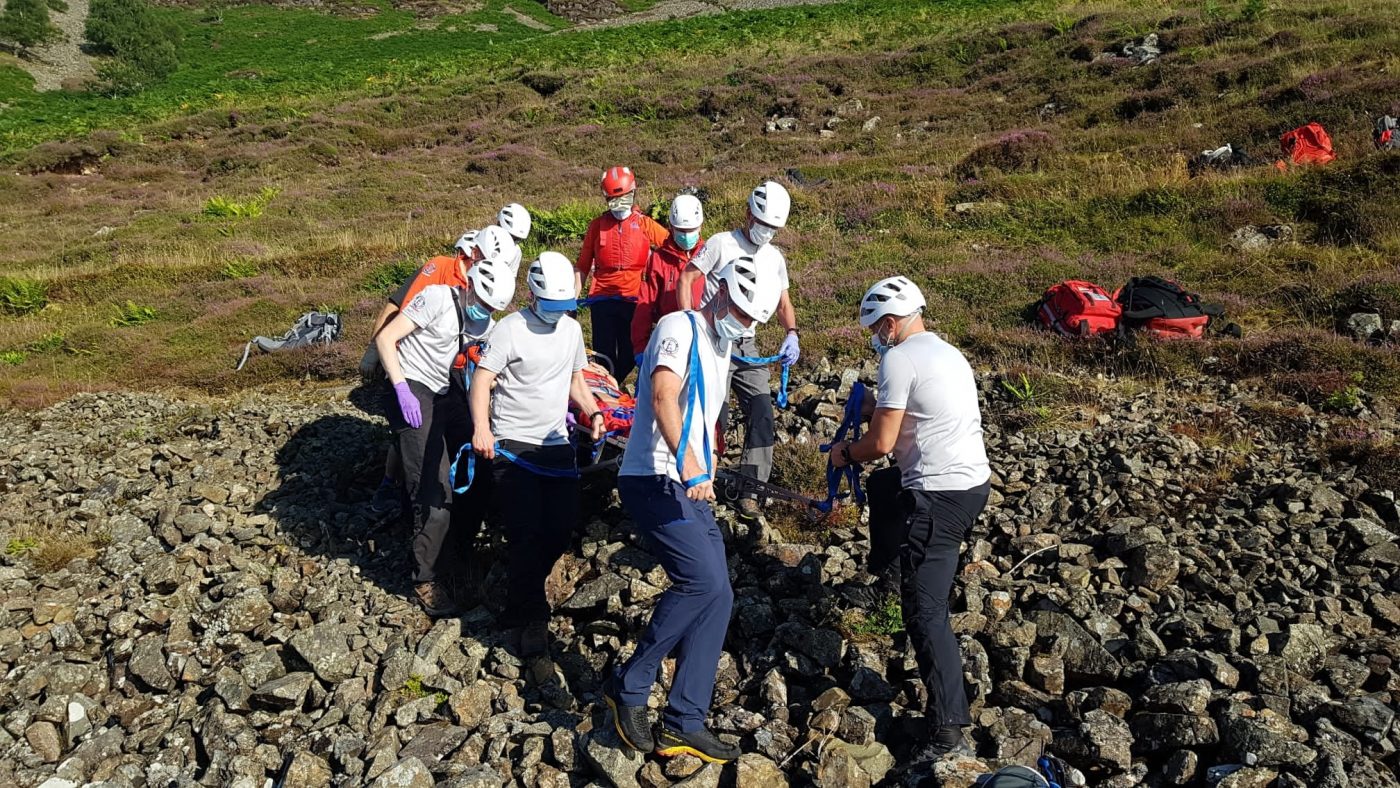 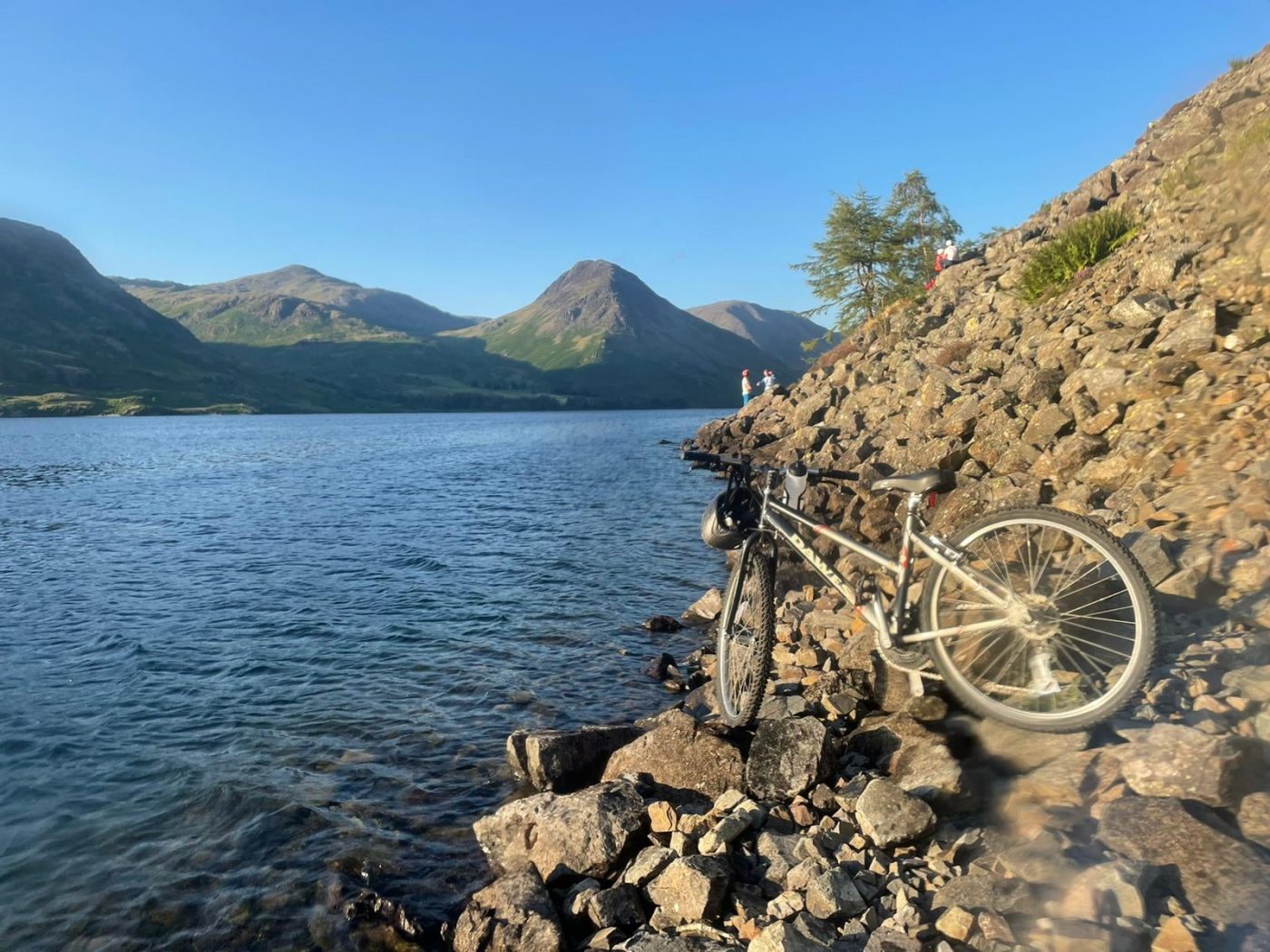