We were called by Police about a walker who was reported to have fallen somewhere in the Napes Needle area on Great Gable, injured his wrist and also had a period of unconsciousness. Given the location and reported injuries an RAF Sea King helicopter was requested. The team and helicopter arrived at the same time to find the injured man near the climbers traverse path on the Great Hell Gate scree slope. He was assessed by the winchman and MR medic and after his cut was dressed it was decided on balance it was better to walk the injured man off the fell rather than risk a winch from the cragside. Many thanks to RAF Boulmer for attending. 18 MR involved, Incident closed 15:30. 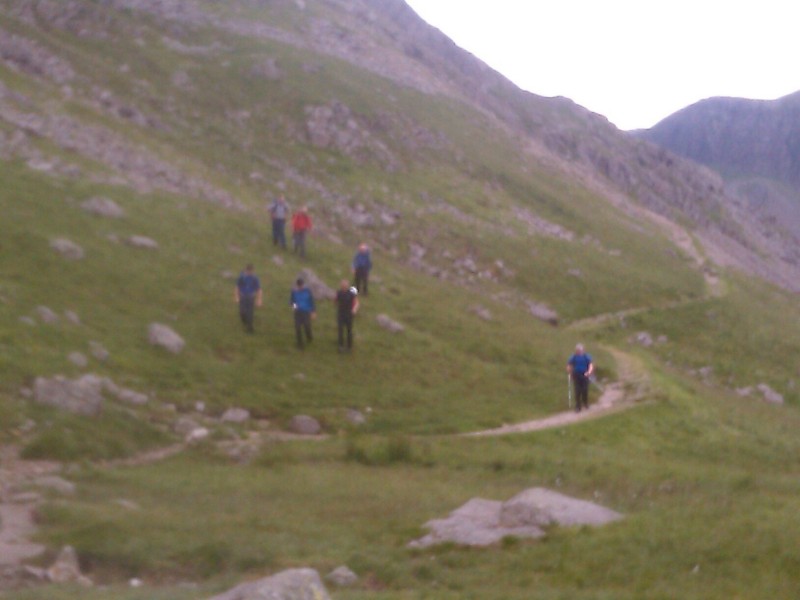 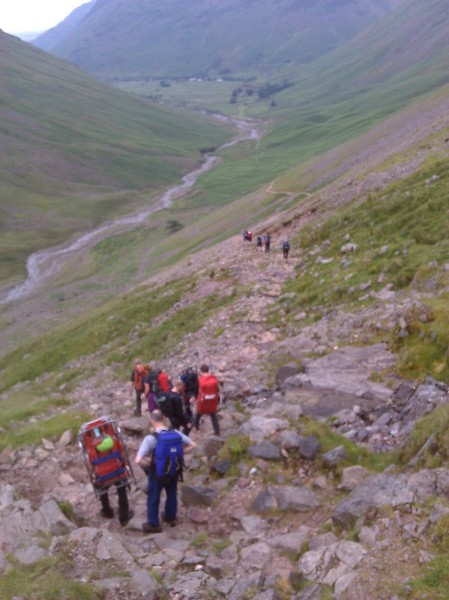 Incident36 in 2014 TypeFull Callout — Injured & Medical LocationGreat GableOther AgenciesRAF BoulmerDiagnosisArm Injury As a volunteer team we are solely reliant on public donations to keep our team operational. We raise some of funds through Read more…

Incident36 in 2014 TypeFull Callout — Injured & Medical LocationGreat GableOther AgenciesRAF BoulmerDiagnosisArm InjuryThe team would like to say a big Thank You to Leanne Ritchie who has raised the fantastic sum of £1,150 for the Read more…