The team were called by the police after a driver reported himself stuck on Hardknott Pass. He was not injured. Because there would have been a long wait for a recovery vehicle, and the weather was very cold, a small group of team members were asked to attend, taking extra warm clothing with them. They stayed on scene until the recovery vehicle arrived. 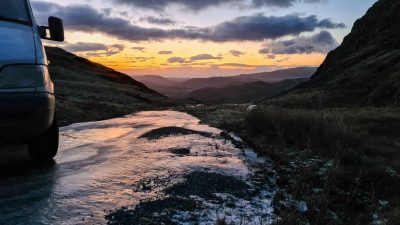 Incident4 in 2021 TypeLimited Callout — Other LocationHardknott PassWeatherColdMembers of the team were delighted and humbled to meet up once more with Allan and Marie Brown. The Brown family and friends have been huge supporters of Read more…

Incident4 in 2021 TypeLimited Callout — Other LocationHardknott PassWeatherColdSome of our members were out and about in Whitehaven & Egremont today fundraising for the team. It was great to meet you all on our annual flag Read more…

Incident4 in 2021 TypeLimited Callout — Other LocationHardknott PassWeatherColdTeam members will be at Egremont Farmers market this coming Friday 3rd December from 9.30am. Team merchandise will be available to purchase to raise funds for the team Read more…