We were called by Police about a walker reporting themselves lost whilst out overnight on Scafell Pike. Initially the Team Leader tried to provide instructions over the phone but when they proved unsuccessful a team was sent on the fell to look for the missing walker. They were briefly joined by colleagues from RAF Leeming MRT who were training in the area. Whilst they were deploying a further call came from other walkers on Scafell Pike to say they’d met up with the lost walker who was then escorted down to Wasdale. 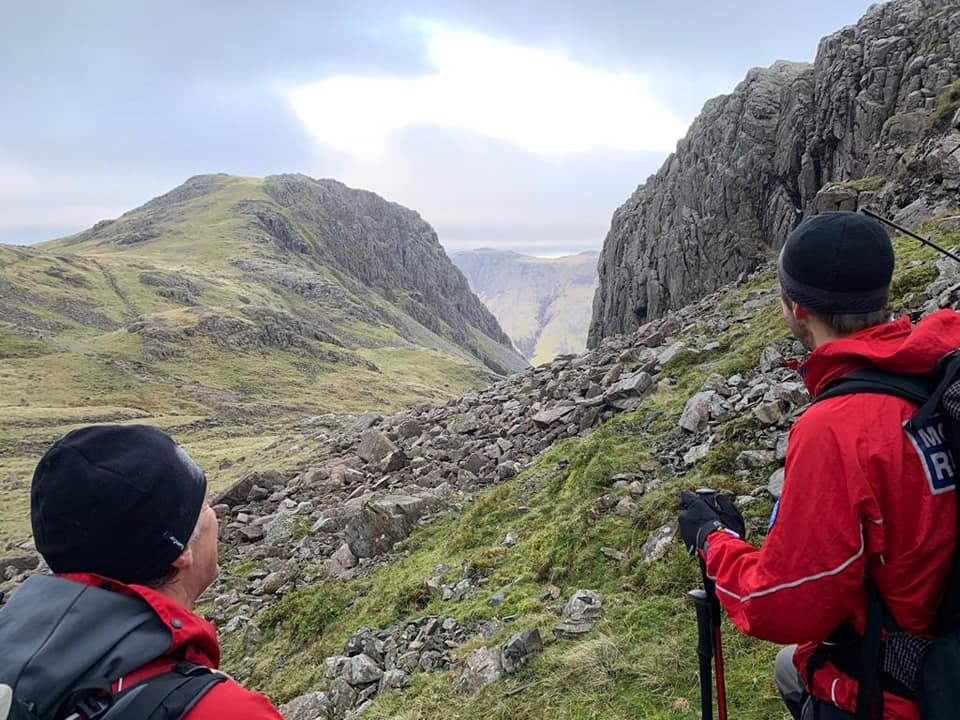 Incident81 in 2019 TypeFull Callout — Lost LocationScafell PikeOther AgenciesRAF Leeming MRTThe team would like to say a big Thank You to Leanne Ritchie who has raised the fantastic sum of £1,150 for the team. Having Read more…

Incident81 in 2019 TypeFull Callout — Lost LocationScafell PikeOther AgenciesRAF Leeming MRTWe’re very happy to introduce you to our nine new probationary members!All of them are willing and keen to volunteer their time helping others who Read more…

Incident81 in 2019 TypeFull Callout — Lost LocationScafell PikeOther AgenciesRAF Leeming MRTThis week the team had a visit from Gill Mackay, who cycled from Lands End to John O’Groats and raised funds for the team in Read more…