The team were called out at 11.50 to go to the assistance of 2 fell walkers who had been blown off their feet by very high winds as they were descending Scafell Pike, having turned round before the summit due to the wind. The lady suffered a serious head laceration but remained conscious throughout and was able to walk to a RAF Sea King helicopter that had been called to assist in the rescue. The male walker suffered extensive bruising to his back and hips and was stretchered into the helicopter. Both casualties were taken to West Cumberland Hospital for treatment.

13 rescuers from the Wasdale team attended the incident along with 9 from the Duddon and Furness team. The helicopter crew from RAF Boulmer in the North East had to cope with strong gusting winds that made flying very difficult. 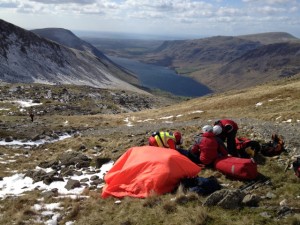 The casualties being attended to under a bivvi tent 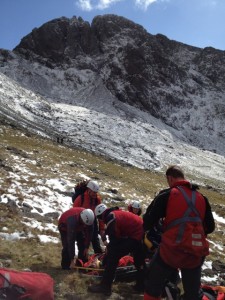 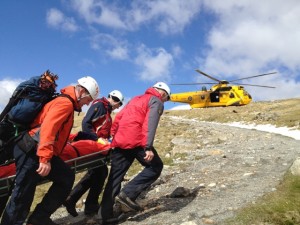 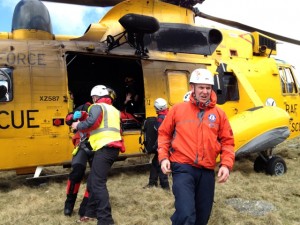 Casualties on the helicopter, team members retire to a safe distance