We were alerted by Cumbria Police regarding three walkers plus a dog who reported themselves lost and cragfast on their descent from Scafell Pike. It was not possible to get a location from “phonefind” but the eastings and northings from the 999 call put the party on the edge of Piers Gill. Team members made their way with ropes and crag kit to this location up and over Lingmell Col, avoiding river crossings, as the rivers were impassable due to the torrential rain. The team were unable to find anybody. They searched down as far as the Greta Gill/Piers Gill junction with no success. Greta Gill was impassable so they retraced their steps back over Lingmell Col. At this point, phonefind worked and put the party below the Sty Head path near Toad How. Duddon and Furness team members went to their location, warmed them up and walked them down. 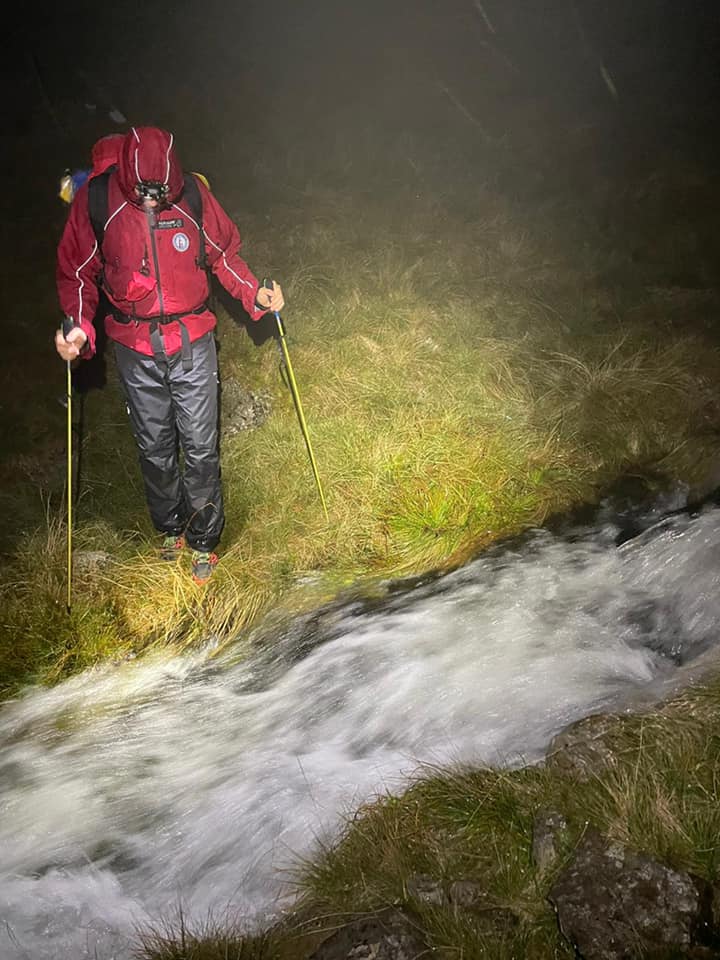 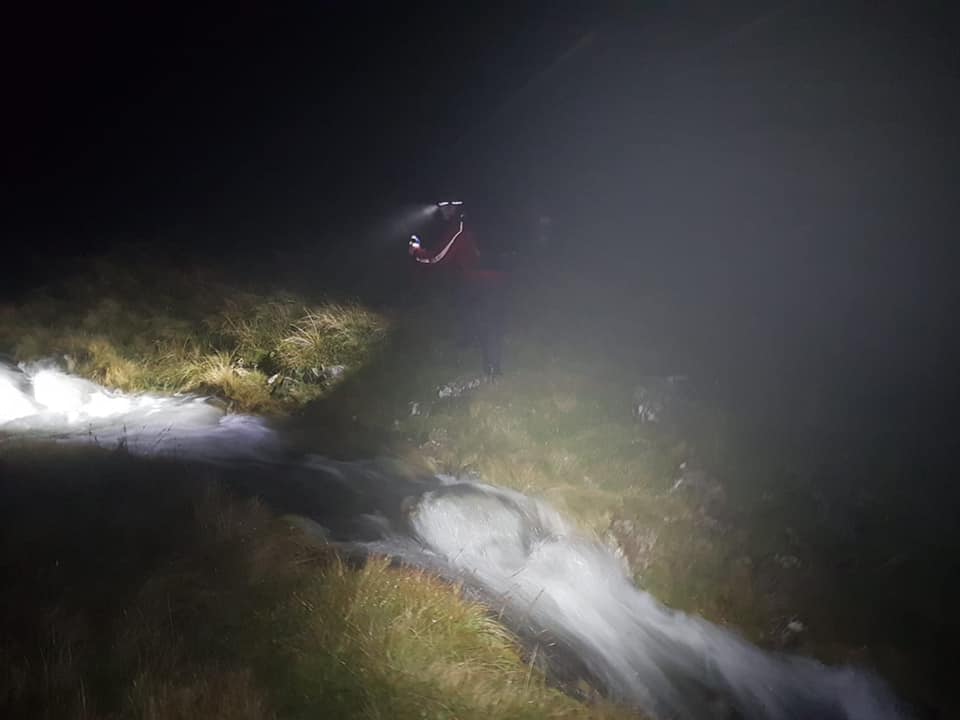