As we were returning from the Mickledore incident a further call came from NWAS about a swimmer who reported feeling dizzy after getting out of Wast Water. Team was quickly on scene and provided medical treatment before a land ambulance arrived and the casualty was handed over to NWAS paramedics. 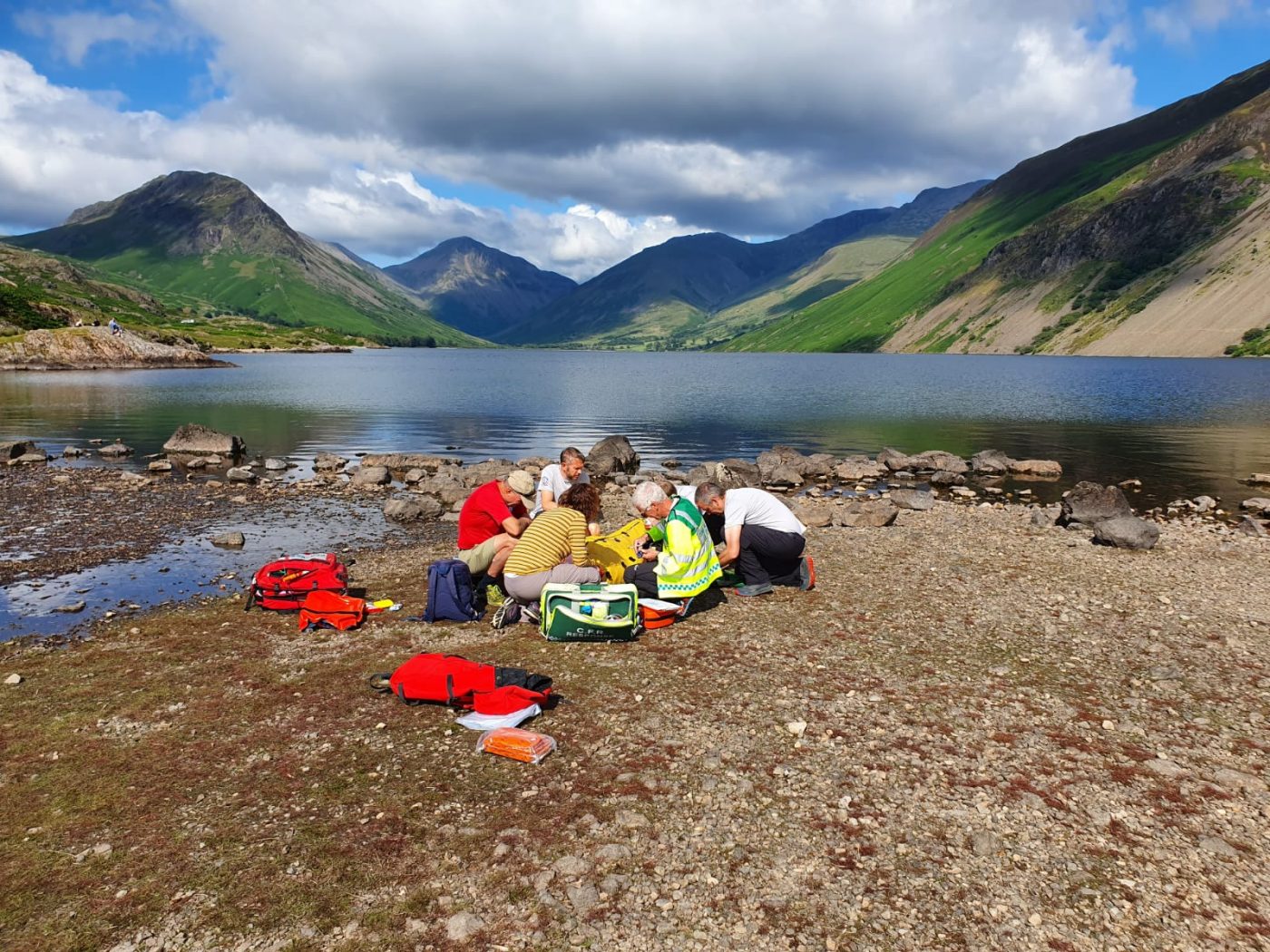 Incident36 in 2019 TypeFull Callout — Injured & Medical LocationWastwaterWeatherFineOther AgenciesNorth West Ambulance ServiceDiagnosisMedicalMembers of the team were delighted and humbled to meet up once more with Allan and Marie Brown. The Brown family and friends Read more…

Incident36 in 2019 TypeFull Callout — Injured & Medical LocationWastwaterWeatherFineOther AgenciesNorth West Ambulance ServiceDiagnosisMedicalSome of our members were out and about in Whitehaven & Egremont today fundraising for the team. It was great to meet you Read more…

Incident36 in 2019 TypeFull Callout — Injured & Medical LocationWastwaterWeatherFineOther AgenciesNorth West Ambulance ServiceDiagnosisMedicalTeam members will be at Egremont Farmers market this coming Friday 3rd December from 9.30am. Team merchandise will be available to purchase to Read more…