We were alerted by North West Ambulance Service regarding a 10-year-old boy who had unfortunately lost his footing, flipped over, and then bumped his head whilst on the main tourist path. Any head injury is potentially serious so air assets were quickly called to effect a swift evacuation. Coastguard helicopter Rescue 199 from Prestwick and Helimed 58 responded.

Team members packaged the casualty into a vacuum mattress and stretcher before working with the Coastguard helicopter winch-man to prepare for the winch. Once winched into the helicopter the casualty was flown to hospital.

Many thanks to R199 and H58 for attending and also to the large number of people who waited patiently whilst the helicopter operations took place.

We wish the young man a quick recovery and hope to see him and his family back on the fells soon. 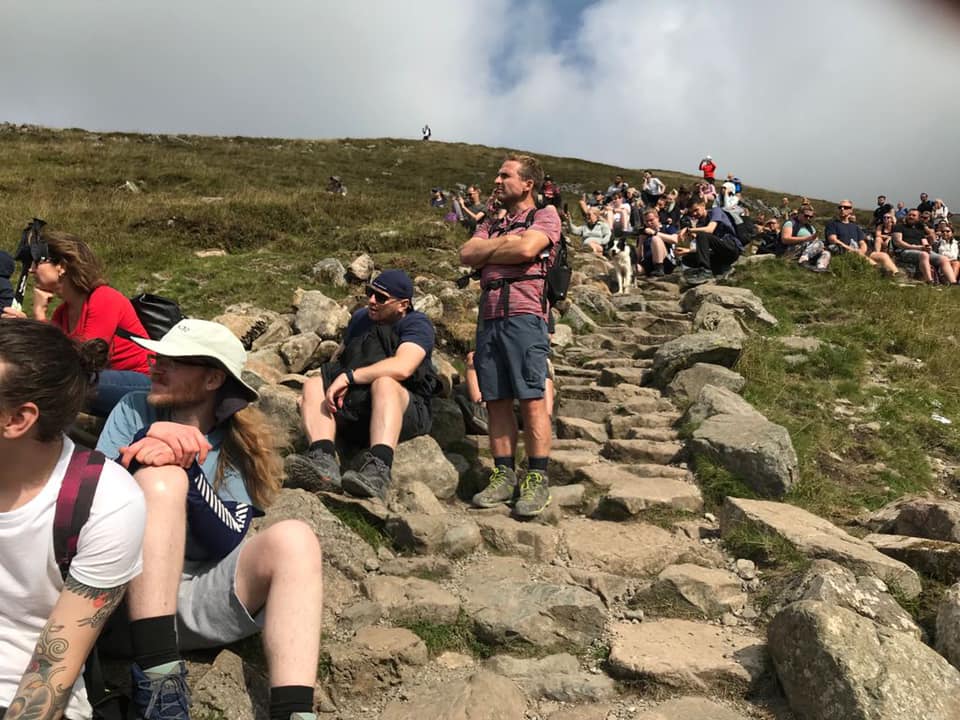 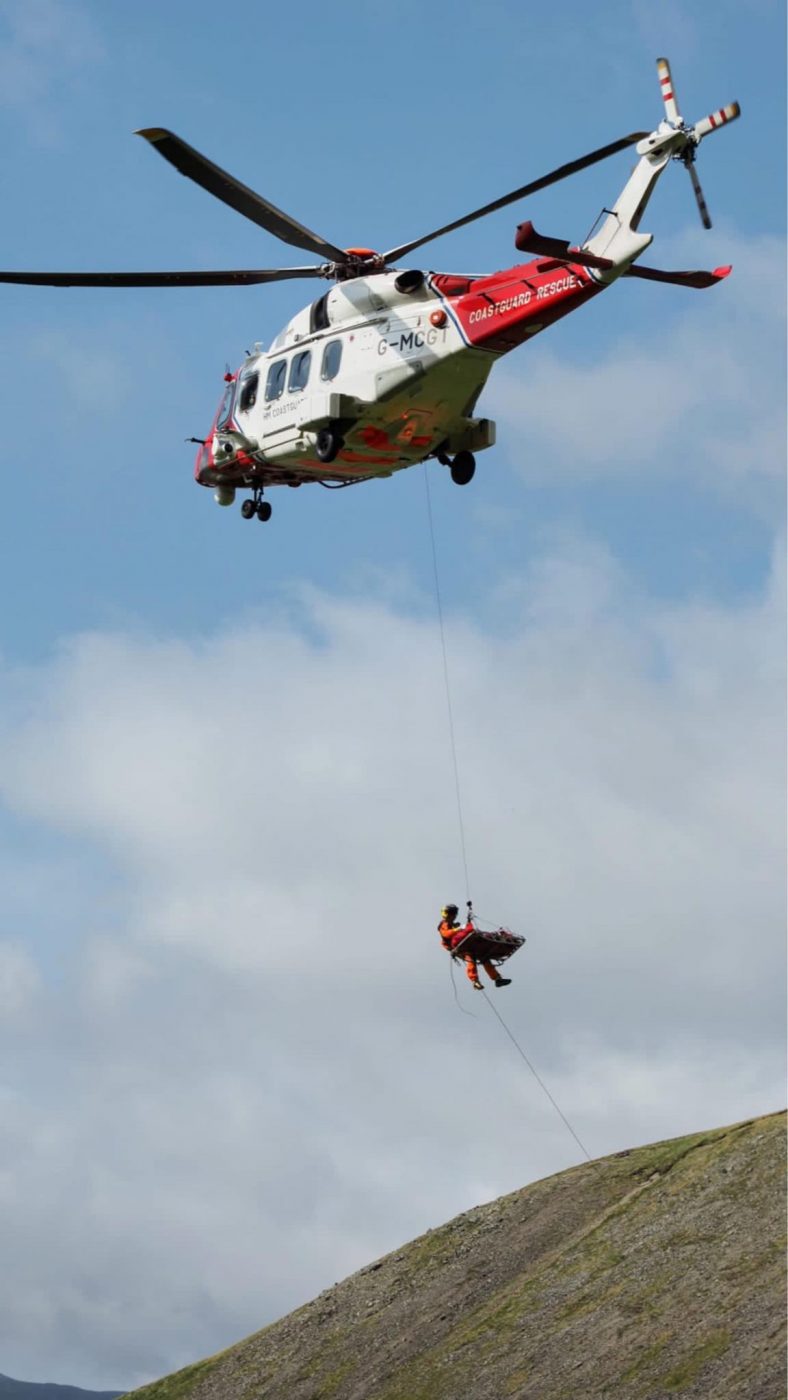