The team was called by Cumbria Police about a walker who had failed to meet their group at the summit of Kirk Fell. A second call soon followed from a passer by reporting that they had found the missing walker who had sustained a knee injury whilst crossing a patch of scree high on Kirk Fell and was unable to walk. The casualty had used her whistle to attract attention.

The team was mobilised and Duddon and Furness MRT were asked to provide additional team members to help with the evacuation (they were actually diverted to an injury at Lingmell Col). The casualty’s leg was splinted and then she was transferred to the stretcher for the steep descent off the scree and down Kirk Fell Nose to Wasdale. 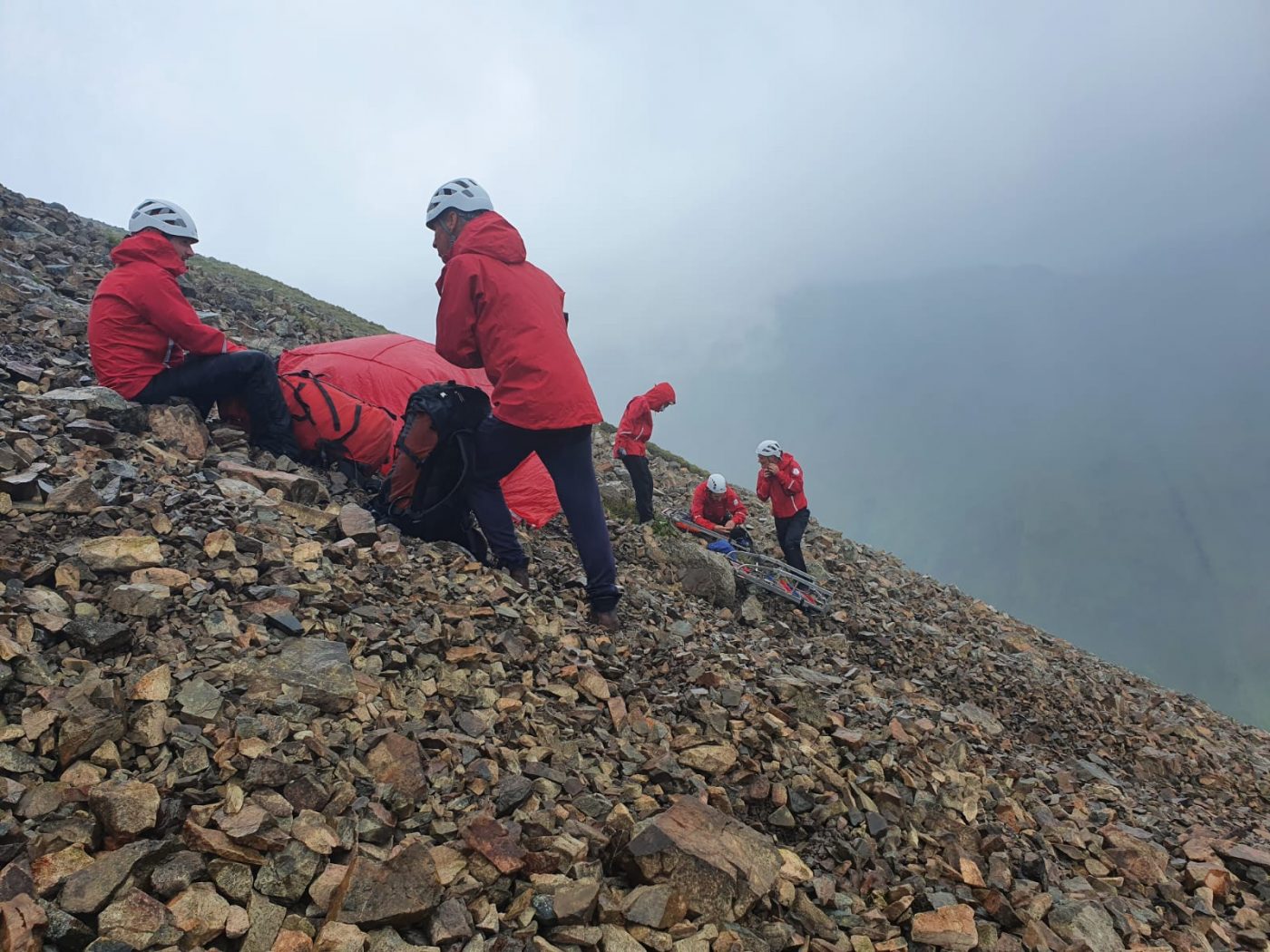 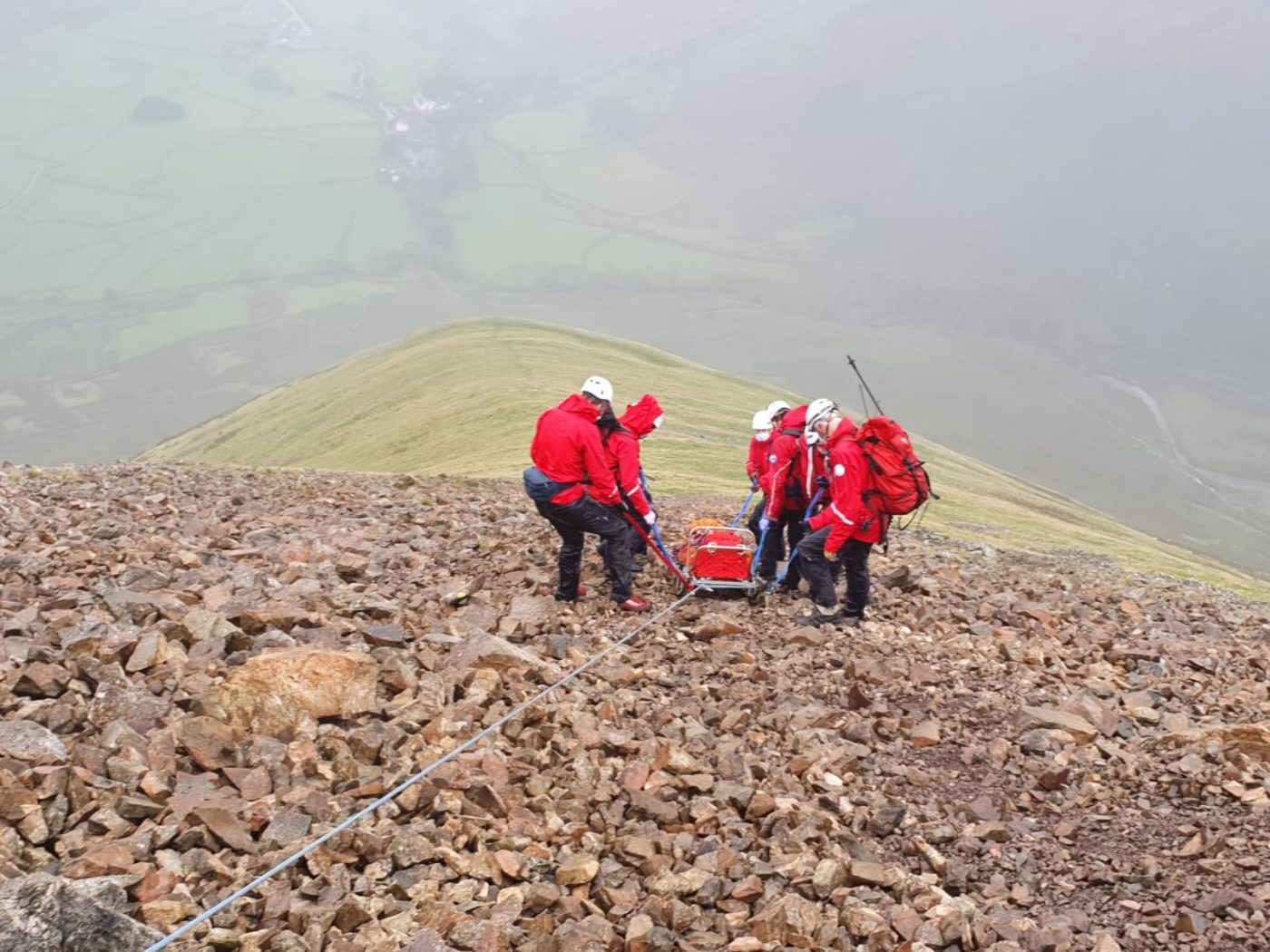 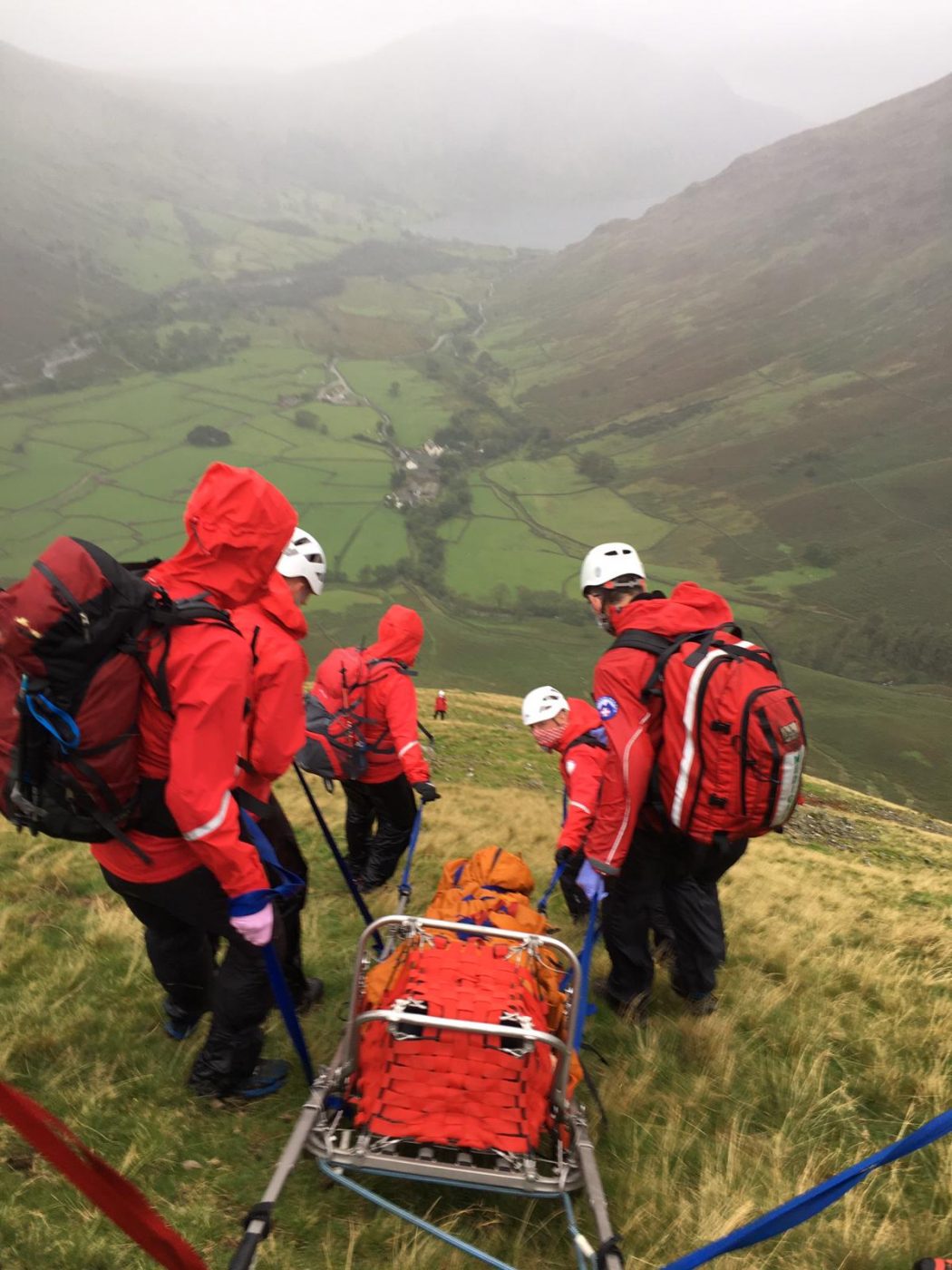 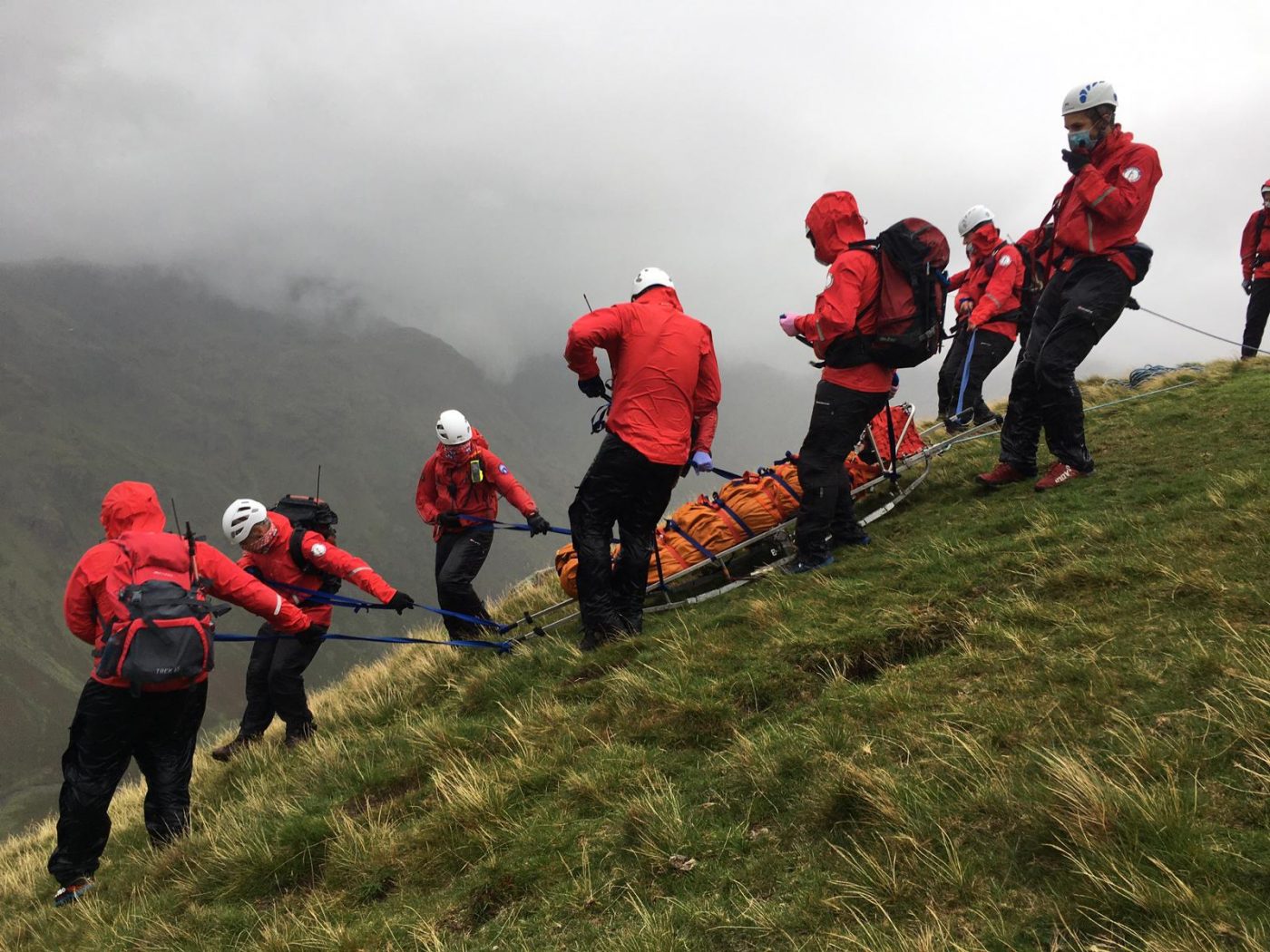 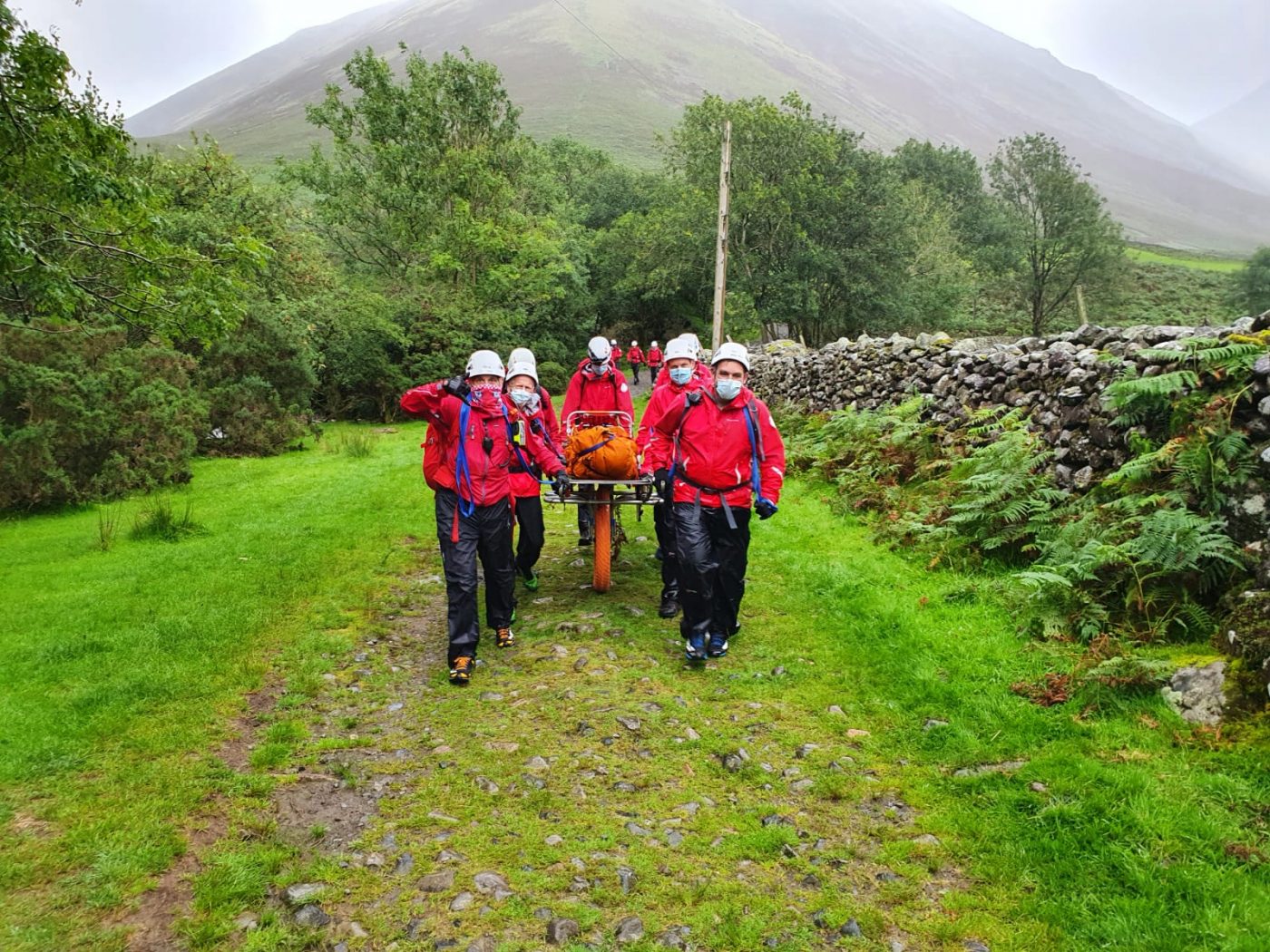 Incident48 in 2020 TypeFull Callout — Injured & Medical LocationKirkfell Nose, KirkfellWeatherShowers, WindyOther AgenciesDuddon & Furness MRTDiagnosisLeg InjuryThis time next week one of our team members will have set off running from Pooley Bridge in the Read more…