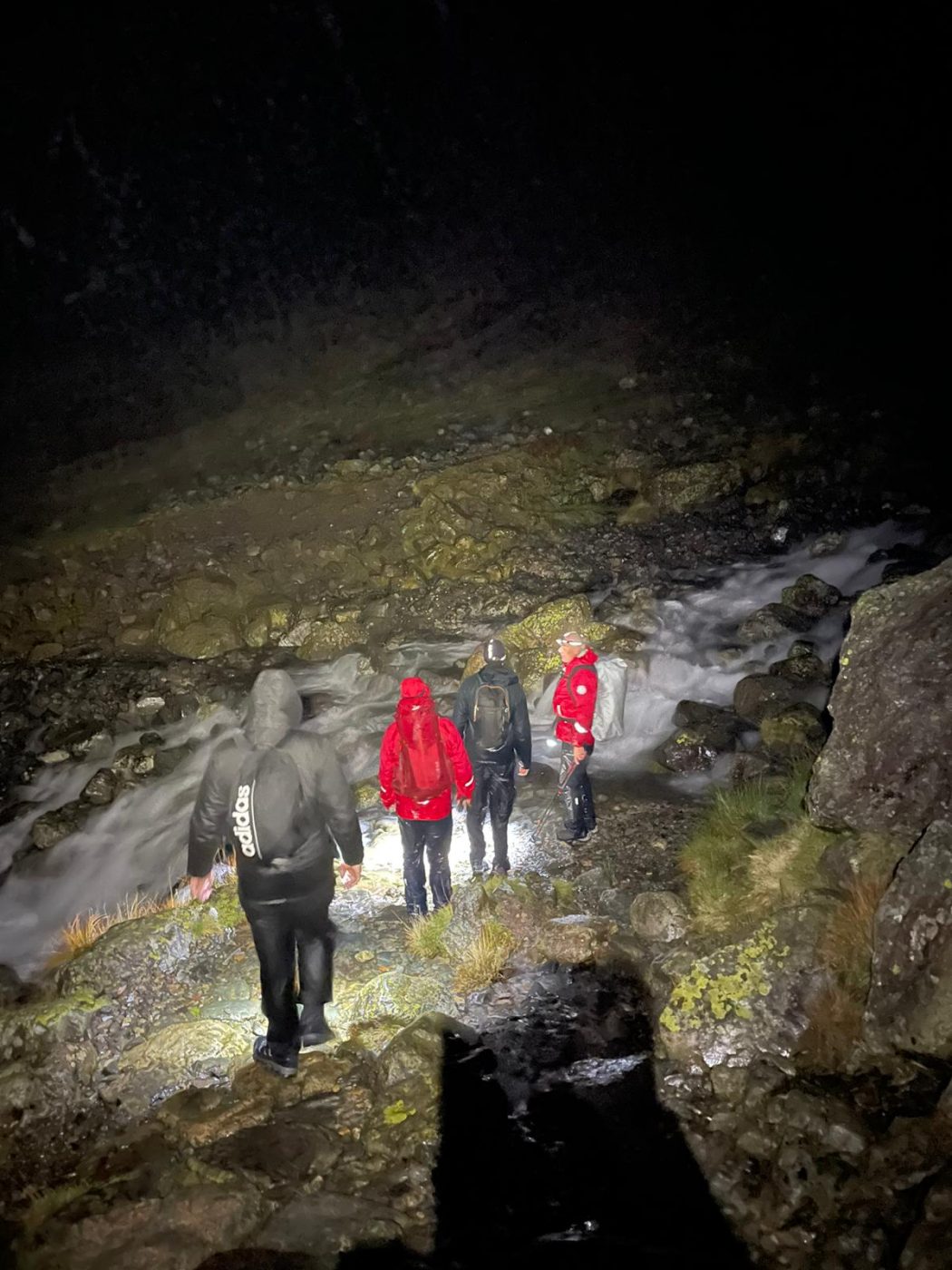 The team were alerted by Cumbria Police regarding a concerned relative who had themselves received a distress call from a party of two walkers attempting to climb Scafell Pike. There was reference to a stretcher box, so team members were tasked with searching routes close to Sty Head and also Mickledore. Keswick MRT searched routes up to Sty Head from their side. As further team members were starting to expand the search area into Eskdale, the good news was received that the walkers had been found sheltering in the stretcher box itself. The walkers were then escorted back down to safety in the Wasdale valley.

Incident120 in 2021 TypeFull Callout — Overdue LocationMickledore, Scafell PikeWeatherMist, Rain, WindyTaggedOverdueWe are fundraising for Wasdale Mountain Rescue Team this Friday 18th March and we will be running the refreshments stall at Egremont Farmer’s Market 9.30am – Read more…