We received a call from the police about various walkers hearing shouts for help and flashing a torch light from the Scafell Central buttress/ deep ghyll area.
Based on the seriousness of the location, very cold weather and darkness the team leader immediately asked for coastguard helicopter assistance, Duddon MRT back up as well as mobilising our own team members.
10 Wasdale and Duddon team members were air lifted to Scafell summit plateau to quickly set up a rope system to gain access to the casualty location. All other team members made their way up the mountain as quickly as possible in case the helicopter was diverted to another call. The casualty location was established by the use of a team member as a spotter from below as well as infra red images from the helicopter.
A drone was used to confirm the rescue location as well as giving the rescuers much needed lighting. This proved to be a very useful asset.
It was confirmed that the stuck party were 3x climbers, their rope had become stuck when attempting to climb Slingsby’s chimney route. They had made themselves secure to the mountain before our arrival. All three climbers were lowered down the face on three separate occasions, secured to a team member, to an awaiting party of rescuers who warmed them up, fed and hydrated them and then walked them down to safety.
750 metres of rope were used on this rescue.
A big thank you to the coastguard helicopter as well as Duddon MRT again. 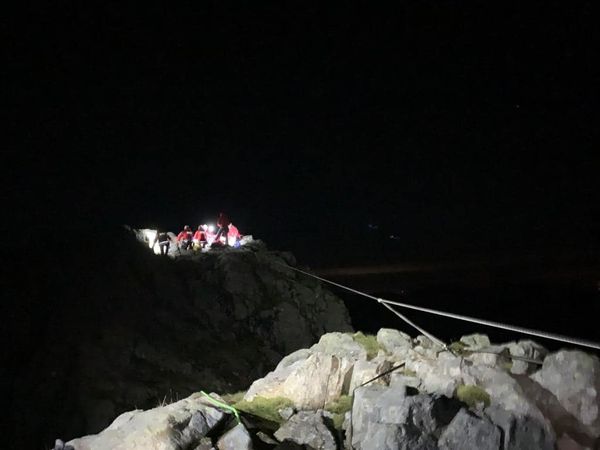 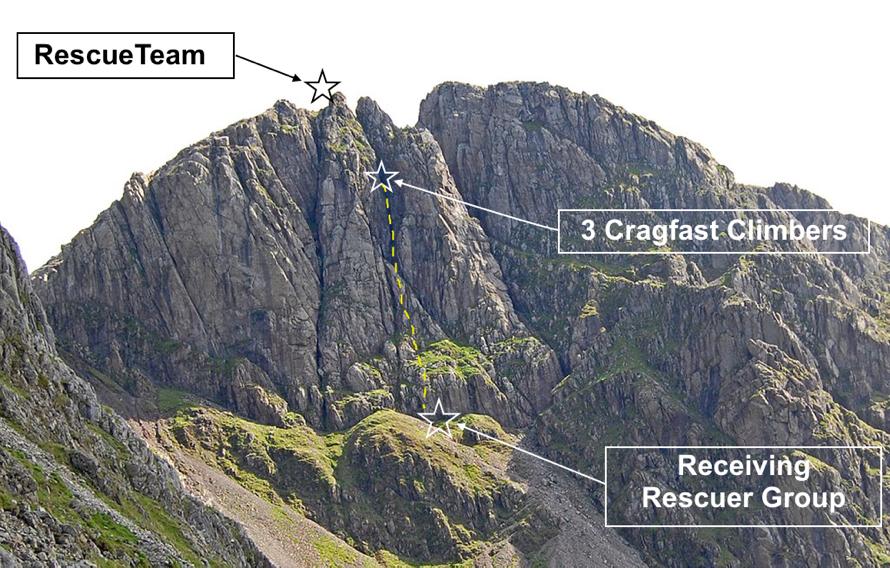 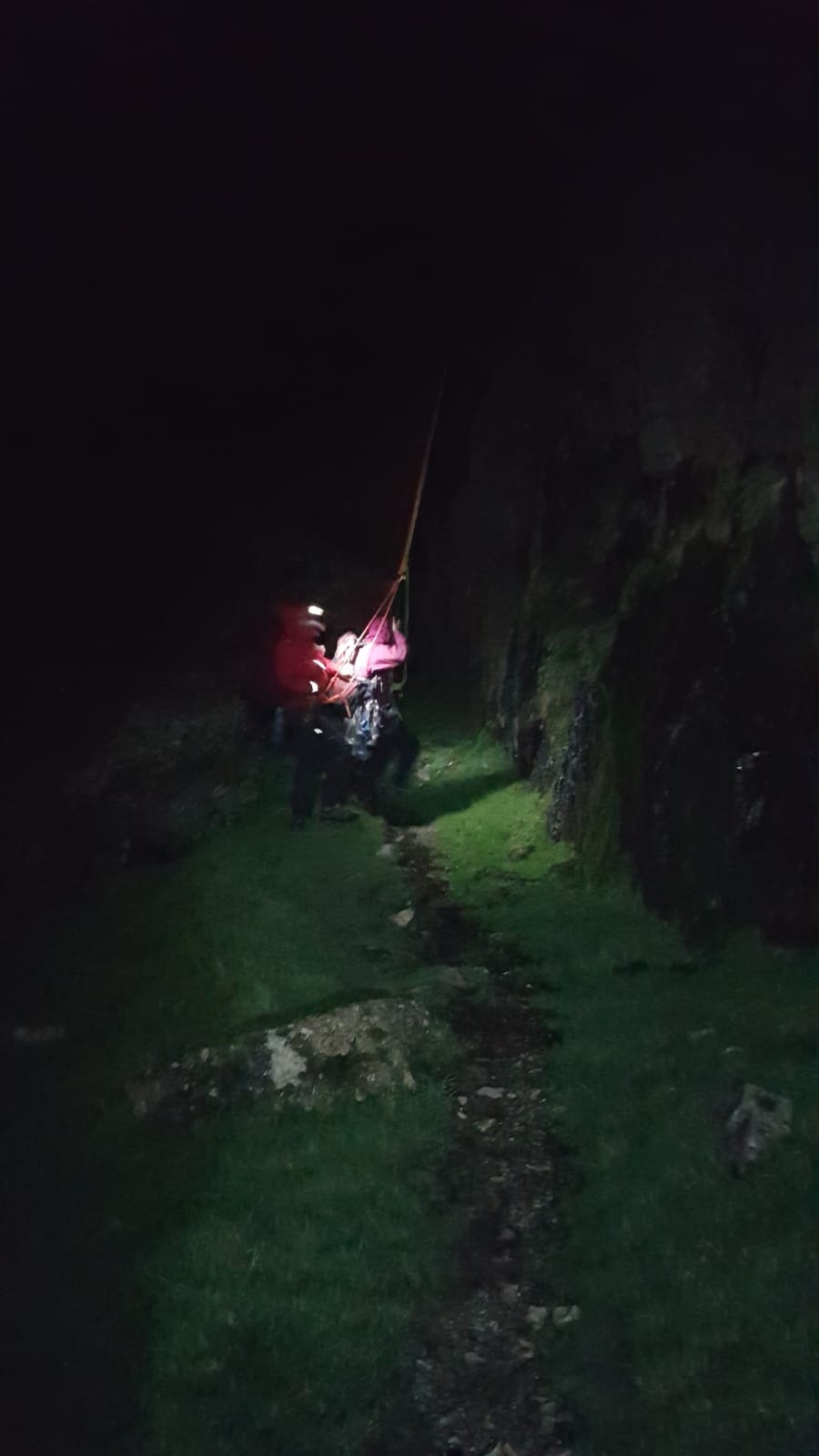