The team was called to attend a fell walker with a suspected heart attack on Scafell Pike. Air support was requested and the Great North Air Ambulance attended. They dropped off their paramedic before lifting team members, including the team doctor, to the casualty site. The casualty and doctor were winched off the mountain by a Sea King from RAF Boulmer before being flown to Carlisle Infirmery. The team descended with the casualty’s companion to Brackenclose. 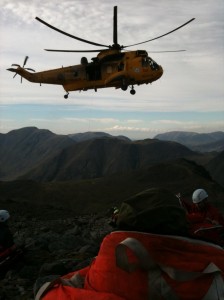 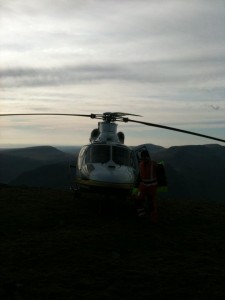 Incident25 in 2012 TypeFull Callout — Injured & Medical LocationScafell PikeOther AgenciesGreat North Air Ambulance, RAF BoulmerDiagnosisMedicalThis time next week one of our team members will have set off running from Pooley Bridge in the northern Read more…

Incident25 in 2012 TypeFull Callout — Injured & Medical LocationScafell PikeOther AgenciesGreat North Air Ambulance, RAF BoulmerDiagnosisMedicalThe team would like to say a big Thank You to Leanne Ritchie who has raised the fantastic sum of Read more…