A family member of two walkers contacted the Police out of concern as they had received an sms message detailing that the two walkers had become lost on their ascent of Scafell Pike from Seathwaite.

After a period of investigation and a conversation with the family member it was confirmed that the two walkers had now reported themselves as back at their vehicle and were driving home.

Further conversations with the two walkers confirmed that they had in deed been lost and had come off the hill into the wrong valley. A local farmer identified their mistake and directed them back over Sty Head Pass to Seathwaite. The message sent to the family was not to raise concern but to inform of their intention to be slightly overdue.

No team members were deployed. 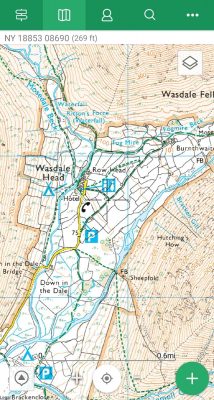 Incident123 in 2021 TypeAlert — Overdue LocationWasdale HeadWeatherClear, ColdTaggedOverdueLast Friday, Fiona Roberts and Terry Wake presented a cheque to the team on behalf of Drigg and Carleton Gala.  It’s a popular community event which they Read more…

Incident123 in 2021 TypeAlert — Overdue LocationWasdale HeadWeatherClear, ColdTaggedOverdueWe are fundraising for Wasdale Mountain Rescue Team this Friday 18th March and we will be running the refreshments stall at Egremont Farmer’s Market 9.30am – 12.30pm which Read more…