This weekend saw the team being filmed for BBC’s The One Show. The final footage is still being recorded and edited and the 2 1/2 minute feature will air in the New Year. The article follows the team on a practice version of a typical callout where a casualty has sustained a fracture dislocation of a lower leg and needs to be stretchered off the path that runs up to England’s highest mountain, Scafell Pike. The timing of the filming comes at the end of the busiest year in the team’s history, with unprecedented numbers of people heading out on to the hills – a pattern seen in several other areas of the country.

The message of the article is……please and come and enjoy the hills but be responsible and avoid unnecessary callouts by being prepared, checking the forecast, planning your route, wearing appropriate clothing, taking the right kit and knowing how to use it……but, if you are unfortunate enough to have that slip or fall, mountain rescue is available on a 24/7/365  basis run by volunteers who are highly trained and experienced but unpaid.

Here are some pictures from Saturday’s filming. 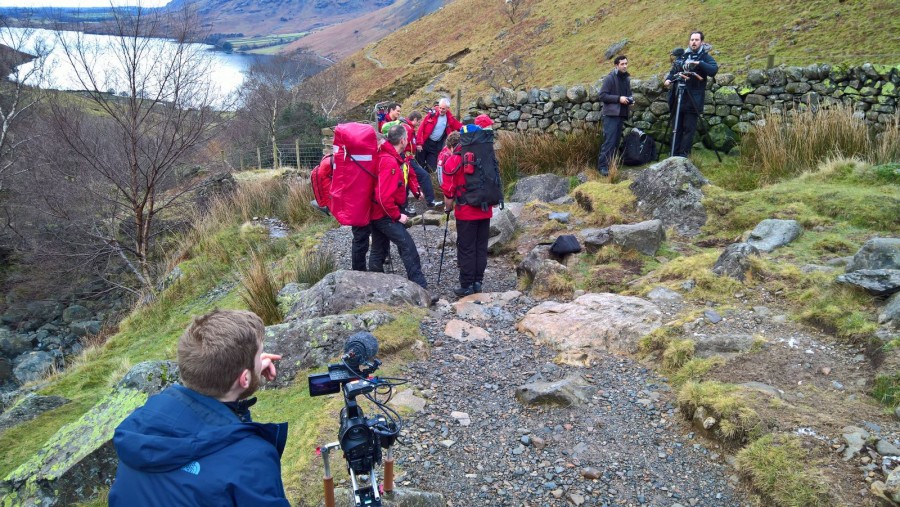 Mobile 1 party setting off up the hill 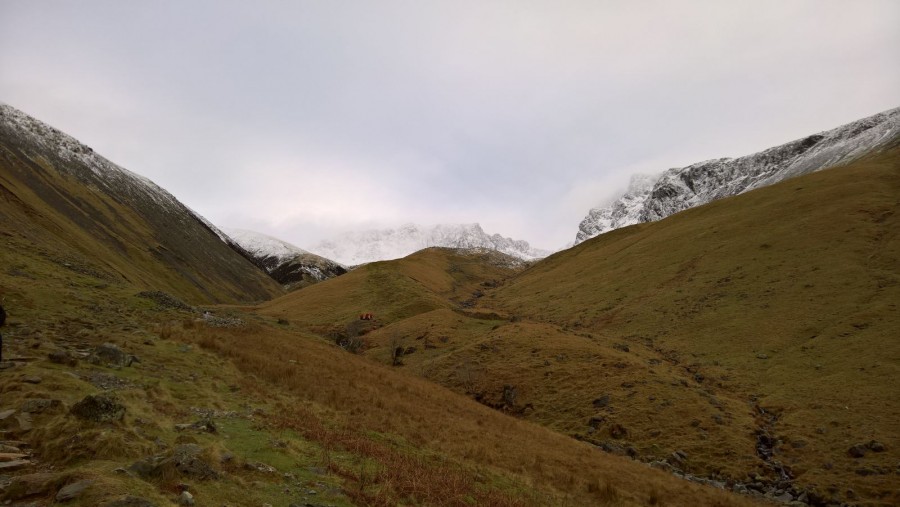 Advance party in bivvy shelter at casualty site in the distance 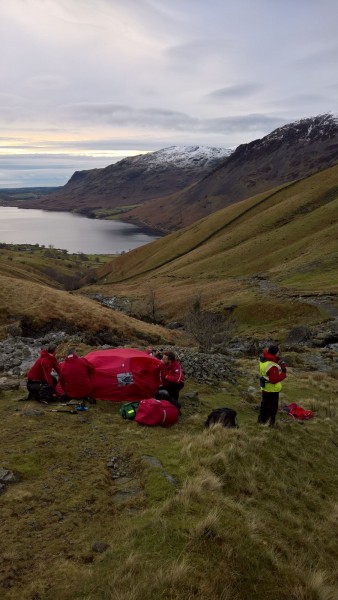 “On scene” on Brown Tongue with Wastwater in view.