We were called by Police about a walker who had tumbled around 100m after slipping on hard snow whilst walking between Beck Head and Gavel Neese on Great Gable. Team members, helped by paramedics from GNAA H63 and Buxton Mountain Rescue Team who happened to be in the area assessed the walkers injuries on scene then packaged him for winching into the S-92 which had come over from Caernarfon to take the walker to hospital. Incident closed 18:30, 15 WMRT involved plus GNAA, R936 and Buxton Mountain Rescue Team. 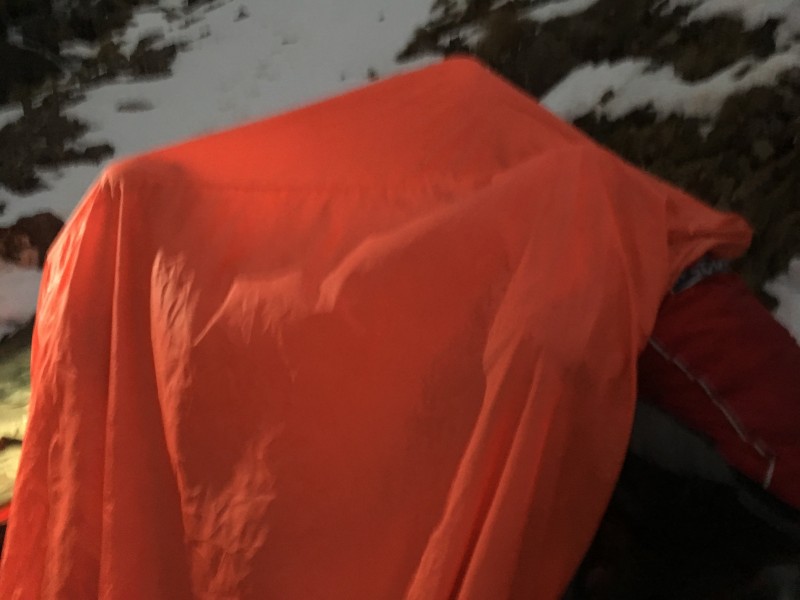 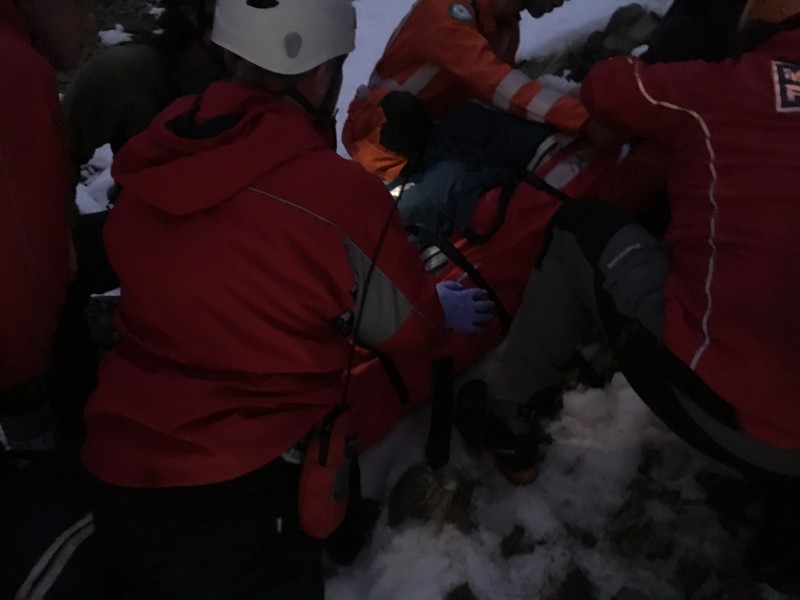 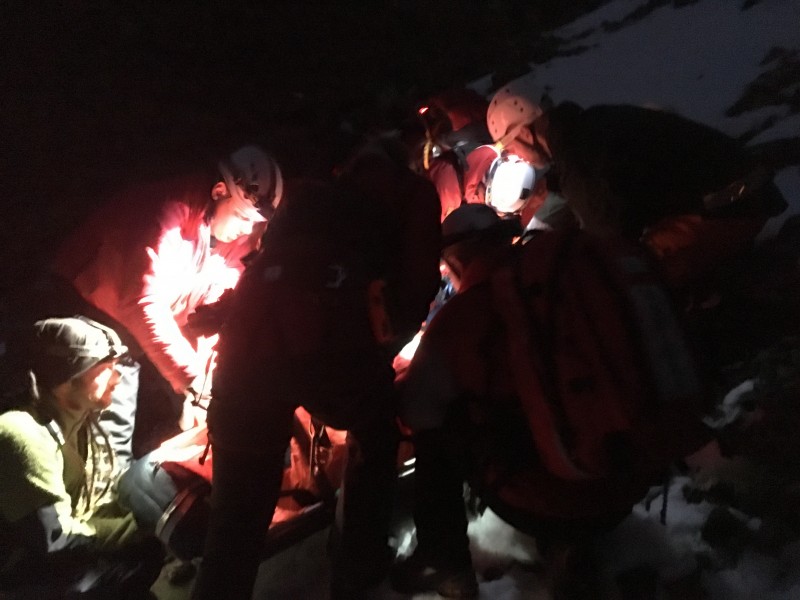 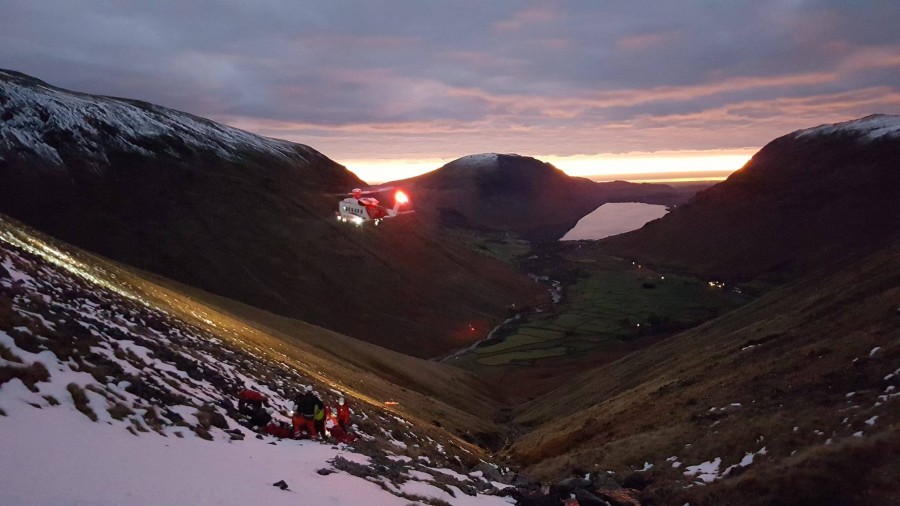