We were called by Police about a group of 2 who were reported to be ‘stuck’ in Little Narrowcove on the Eskdale side of Scafell Pike. One of the party had become distressed as a result of the squally weather and steep ground and very reluctant to move. On further investigation the party was identified as being the same who were reported missing the previous day and there was some concern they had been out for some time on the mountain. They were found about half way down the Narrowcove. It turned out they had been there for 2 nights unable to move and were cold + wet when we got there. They were fed and given dry clothes before being helped to slowly walk down into the upper Esk valley. Once down to flatter ground we switched to the stretcher for the long carry out to the Eskdale road. Given the long carry, Duddon and Furness Mountain Rescue Team came out to provide much needed assistance and together we move the stretcher down to Taw House farm. Incident closed 18:30. 14 Wasdale involved + DFMRT 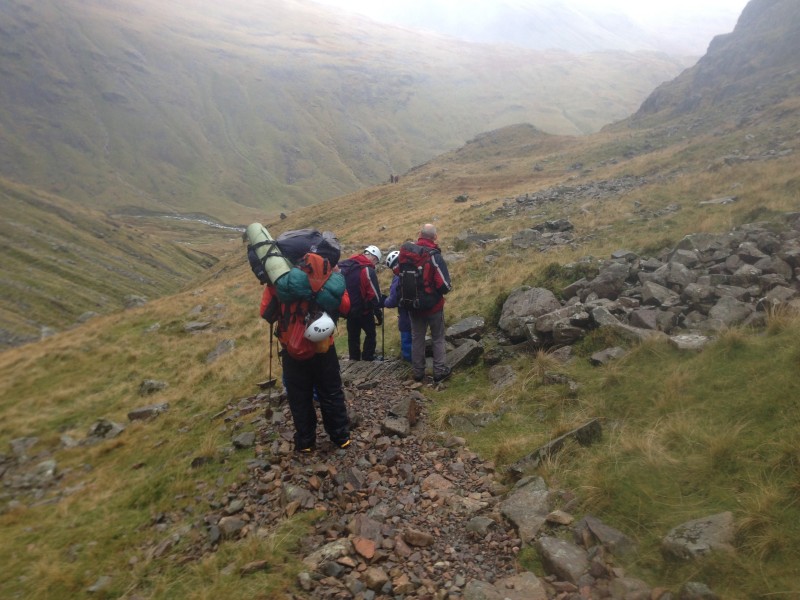 Looking down to the Esk 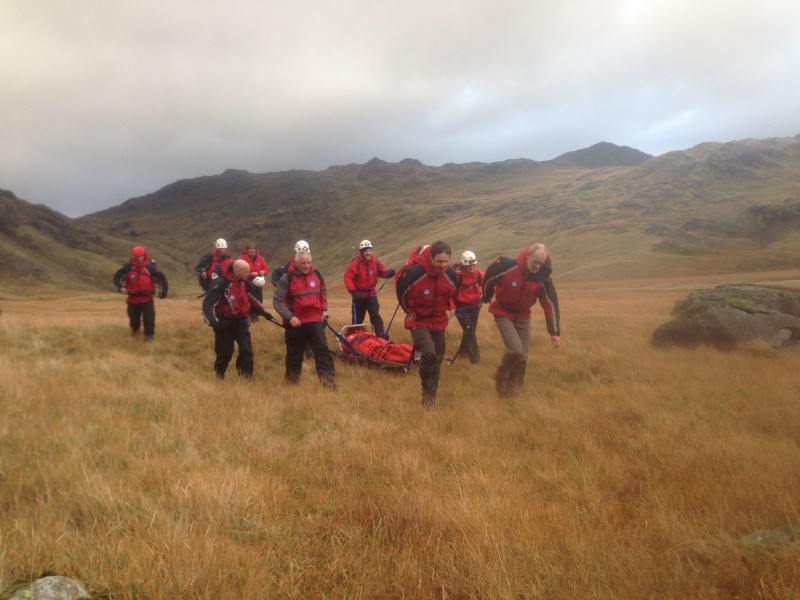 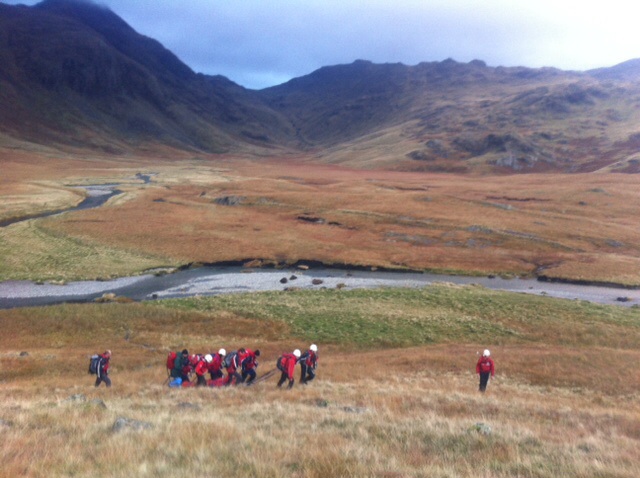 Incident98 in 2013 TypeFull Callout — Cragfast LocationLittle Narrowcove, Upper EskdaleOther AgenciesDuddon & Furness MRTThis time next week one of our team members will have set off running from Pooley Bridge in the northern Lake District Read more…

Incident98 in 2013 TypeFull Callout — Cragfast LocationLittle Narrowcove, Upper EskdaleOther AgenciesDuddon & Furness MRT As a volunteer team we are solely reliant on public donations to keep our team operational. We raise some of funds Read more…

Incident98 in 2013 TypeFull Callout — Cragfast LocationLittle Narrowcove, Upper EskdaleOther AgenciesDuddon & Furness MRTThe team would like to say a big Thank You to Leanne Ritchie who has raised the fantastic sum of £1,150 for Read more…